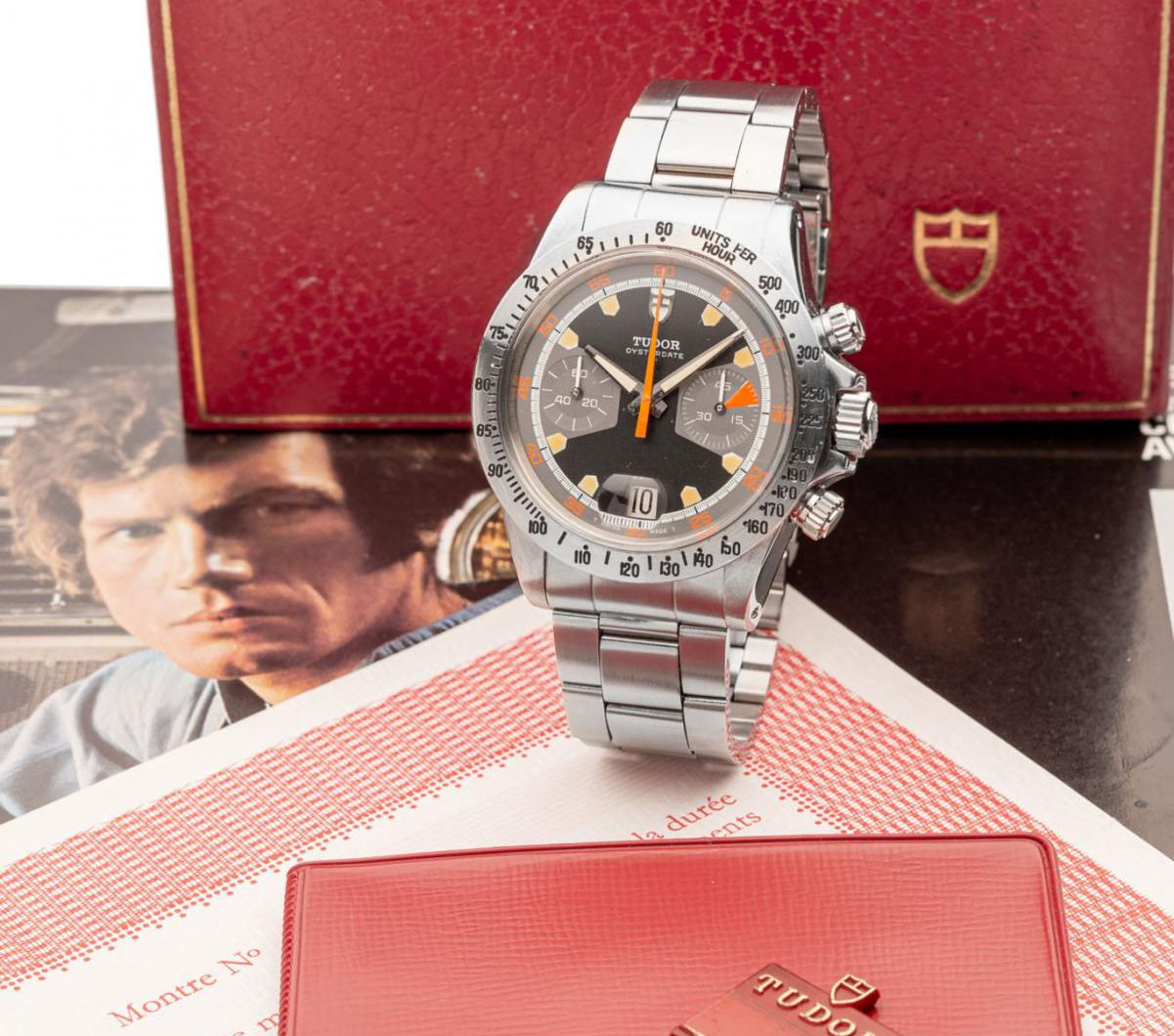 Due to the global Covid-19 pandemic and resulting lockdown, Geneva Auction Weekend is a month late this year. Christie's and Sotheby's have cancelled their sales but Phillips and Antiquorum are pushing on...

What a year 2020 has been so far and it still seems as if we are a way away from being given anything like the ‘all-clear’. We are, however, where we are and in fact the watch world has in some cases rallied as collectors and enthusiasts have been left with little option but to migrate to digital platforms and shop online. Sotheby’s have had runaway success with their weekly online auctions, which have produced some pretty impressive results. And all that without the huge overheads of renting a space, feeding and watering clients and producing hugely expensive catalogues. In fact, both Christie’s and Sotheby’s have abandoned the traditional spring Geneva watch sales, leaving only Phillips and Antiquorum holding on and hosting sales, with both houses having managed to assemble some interesting lots. Today we take a look at some Tudors on offer this weekend. So let’s get our paddles up before the hammer’s down and take a look. 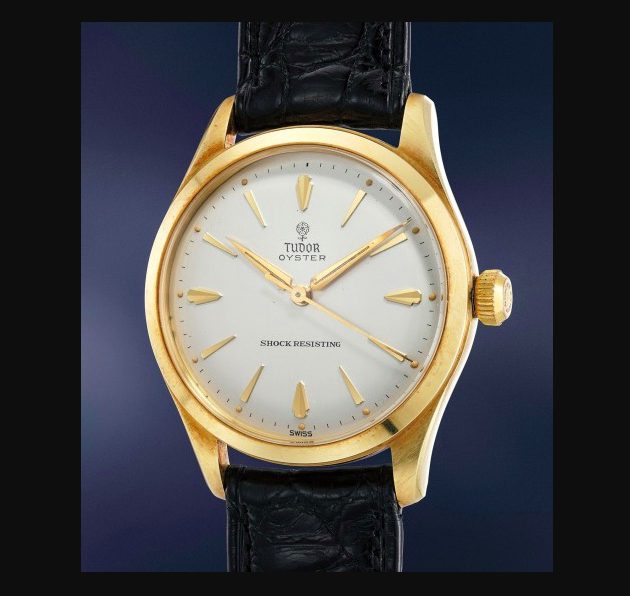 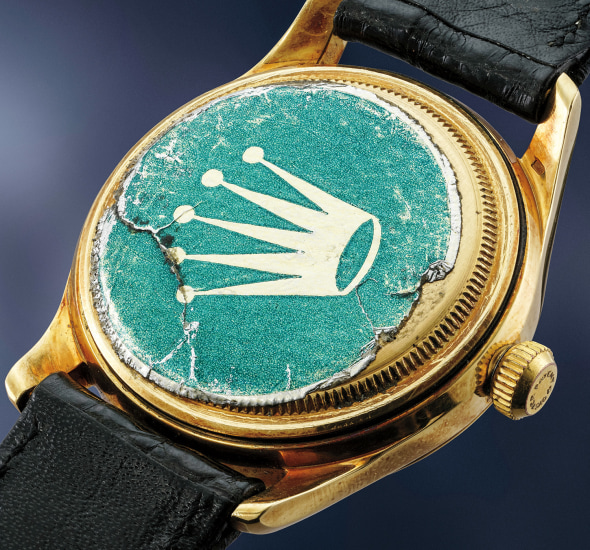 the 4463 till with the caseback sticker intact

Those who drop-in here regularly will be familiar with the Tudor Oyster Project, where we are assembling as many different variation of Tudor Oysters as we can. What we do know is that finding examples in solid gold is quite rare and finding yellow gold examples in this condition is once-in-a-blue-moon rare. Phillips are offering a reference 4463 in yellow gold, a manual-wind Oyster with silver dial in truly stunning condition. The 1950s watch has a sharp case and even has the original OYSTER PATENT winding crown. This isn’t so unusual with a steel watch, but due to the soft nature of gold, over the years these gold versions would wear down and need replacing. This luxury watch from arguably the utilitarian brand that Tudor was in the 1950s, makes it a nice find for the Tudor Collector! 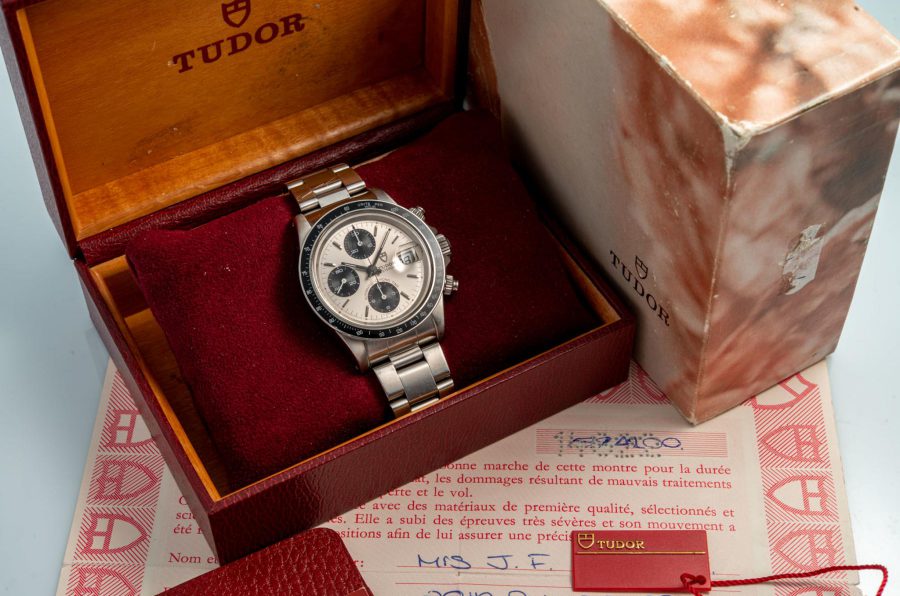 A ref 94200 Big Block chronograph with box and papers 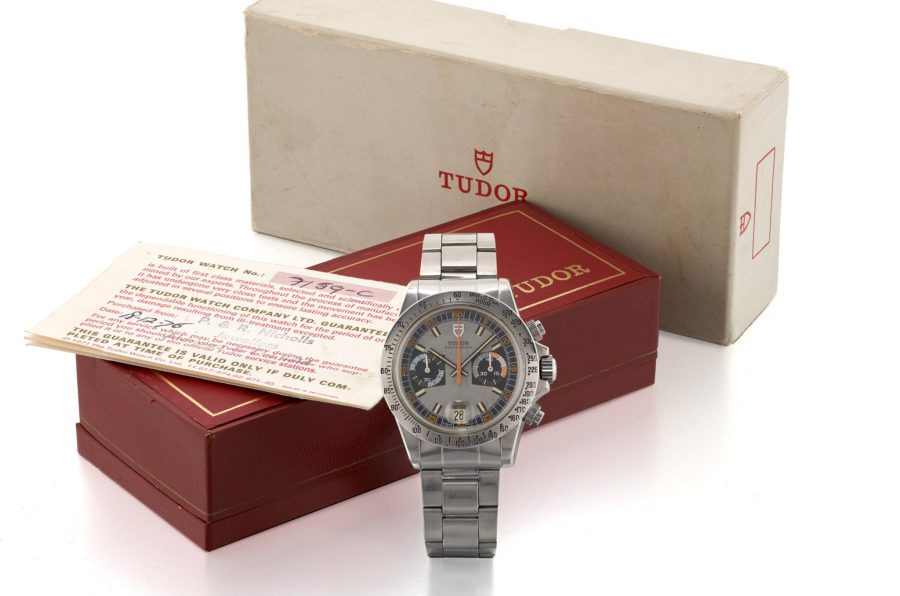 A ref 7159 Monte Carlo chronograph with box and papers

Collectors love a full set package when it comes to vintage watches. I often talk about the fact that back in the last century, buyers of Tudors were often buying them as actual tool watches and didn’t associate the watches with special investment pieces that maybe Rolex buyers did. As such finding mint condition or full collector set watches isn’t as common as one might imagine. Antiquorum have a couple of cool box and papers set chronographs, an early 70s Monte Carlo and an early 80s Big Block. Lot 73 is from ’73 and is a reference 7159 Oysterdate chronograph known by collectors as a Monte Carlo. read why here. The 7159 has a steel tachymeter bezel and the offered lot is the grey and orange colour scheme that Tudor first used on the previous model the Home Plate. This 7159 looks to be a solid example and is accompanied by its original guarantee booklet and inner and outer boxes.

Lot 78 dates to the early ’80s and is an example of the first self-winding chronograph to come out of the Wilsdorf Empire. The auto chrono from Tudor was released in 1976 and preceded the first Rolex automatic chronograph by 12 years! This reference 94200 is an example of what collectors term the Big Block, due to the thick case needed to accommodate the automatic winding mechanism. The offered lot has a panda-style dial and is fitted with the sought after acrylic tachymeter bezel. the watch is accompanied by its orginal punched papers, hang tag and both inner and outer boxes. 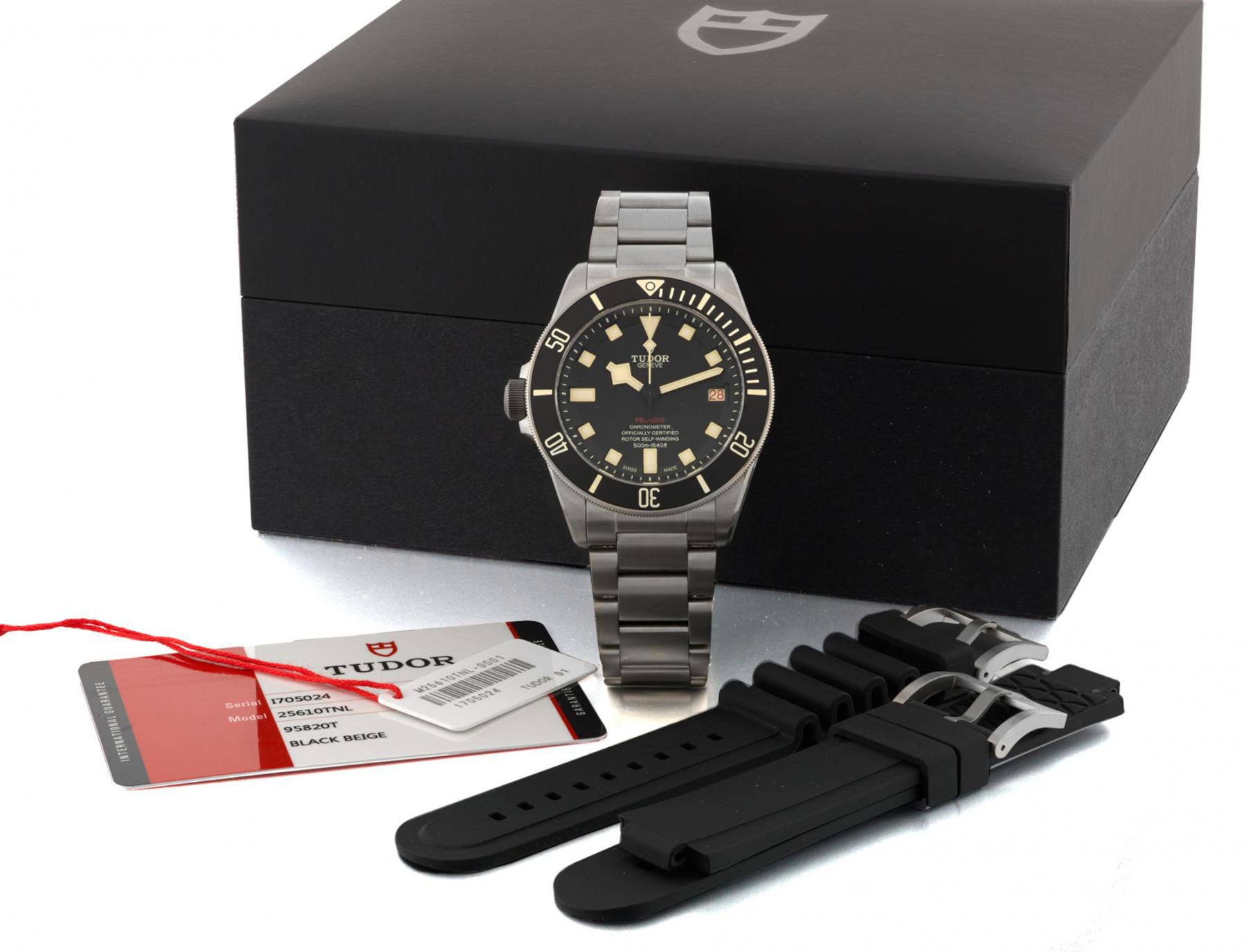 Lot 81 is a Pelagos LHD or Left Hand Drive, a destro watch that was launched by Tudor a few years ago. It causes a stir due to the fact that each watch is uniquely numbered. This is rare for a watch from the Wilsdorf Family and in fact is the first such watch to be sold to the public (not withstanding the Only Watch pieces). The Pelagos LHD was delivered on a titanium bracelet and came with a rubber strap. The watches aren’t a limited edition, but each one is numbered and so collectors always hunt for their special number. One guitar fan friend of mine actually has number 335! 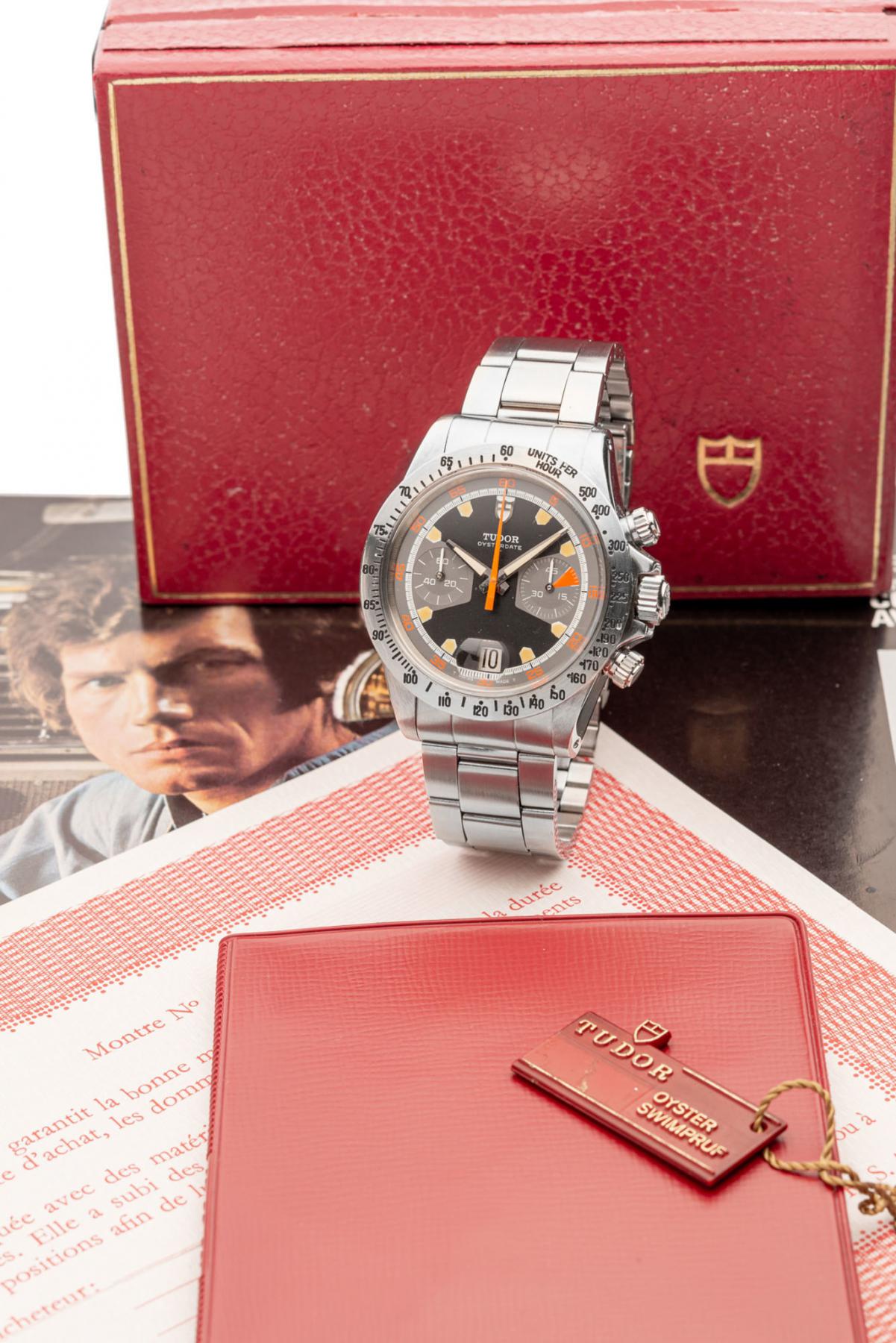 The black dial Home Plate chronograph is kind of the king of the hill. When it comes to Tudor, in our mind the grey dial chronograph is the equivalent to a Rolex Panda Newman. In fact, the Tudors tracked at around 10% of a screw Newman for many years. The black dial is the equivalent of the Oyster Sotto, the black dial screw pusher Newman and is as equally shrouded in mystery. The black Home Plate has caused many arguments amongst experts over the years about whether or not watches were originally sold like this or they were service dials. We actually believe that both stories are true and will talk about that another time! Whatever the history of this model, it is the most valuable and sought after Tudor production model and they always do well at auction. The watch comes with come nice accessories including a sales brochure, box, hangtag and a blank guarantee (which mercifully hasn’t been filled in to ‘fit’ with the watch).

You can view the Antiquorum Tudor lots here and the Phillips watch here.