In 1972 Tudor unveiled the second series of chronographs, the Monte Carlos...

Having had reasonable success with the Homeplate watches, the decision was set to continue with the flamboyant use of colour that was becoming something of a trademark for Tudor. Having now attended the Tudor events at Baselworld now for four years (since the inception of the now legendary Tudor Basel Launch Party) I can imagine the interest that there would have been in Basel in 1971 when these watches were unveiled. At the time these series two chronos were big, bold and daring and, I would like to think, would have raised a few eyebrows! 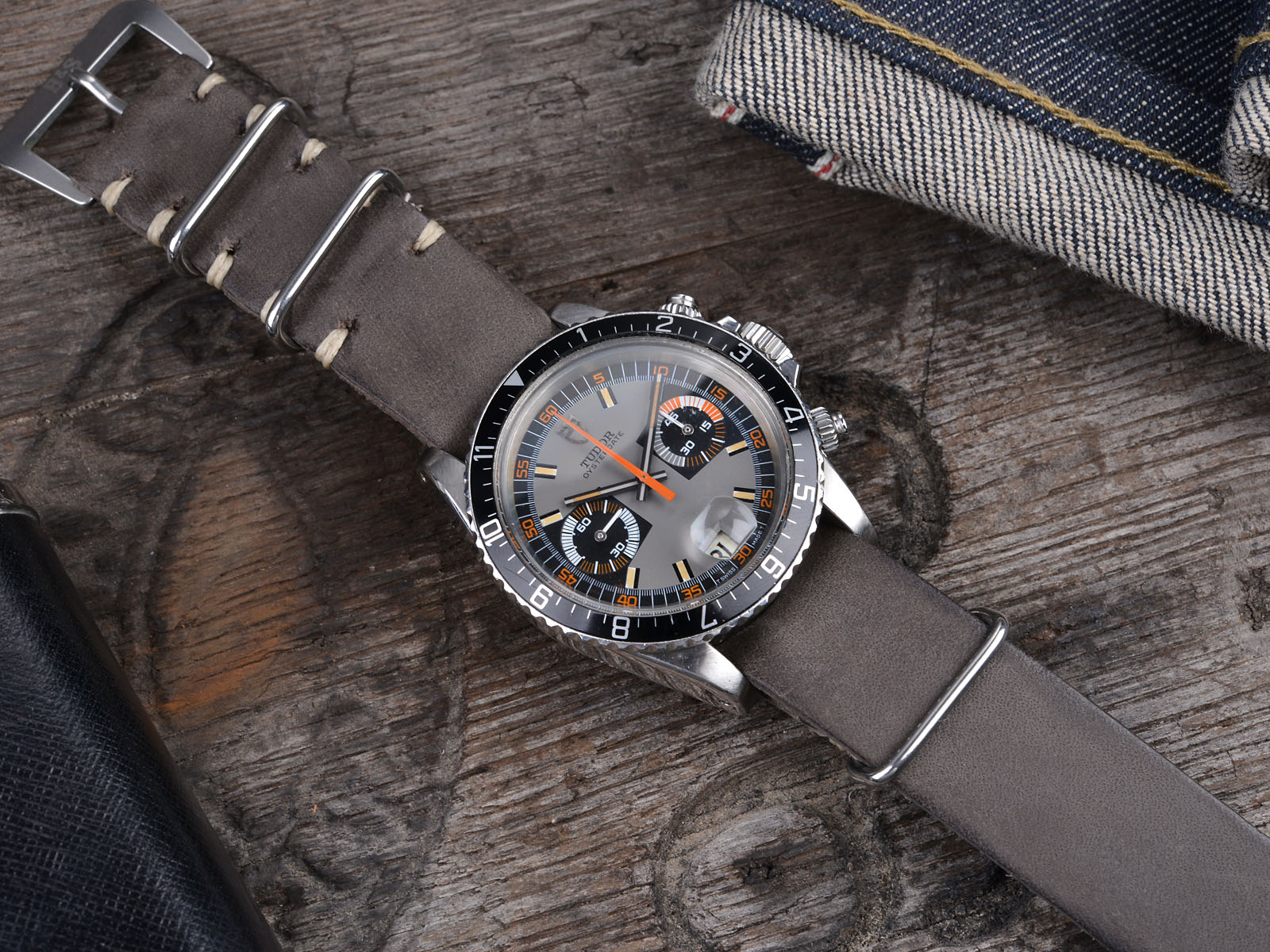 Tudor utilised the third bezel type in the second series to increase the options for the market. Having experimented with the 12-hour bi-directional rotating bezel on the prototype 7033, it was now in production. This was a function unique to Tudor chronographs, unlike the acrylic and steel tachymeters that could also be seen on Rolex watches. The line up comprised three watches – the 7149 (acrylic tachymeter bezel), 7159 (steel tachymeter bezel) and the 7169 (12-hour graduated bezel. There were some common features with the first series Homplate watches, such as the long triangular orange stopwatch second hand, two register dial layout and date window (with accompanying unique date bubble) at six o’clock. The Homeplate’s colour scheme of grey/orange/black was also supplemented by a grey/orange/blue colour way. The introduction of the blue element on some watches necessitated a blue acrylic tachymeter bezel instead of black on the 7149s and a blue 12-hour bezel insert on the 7169. 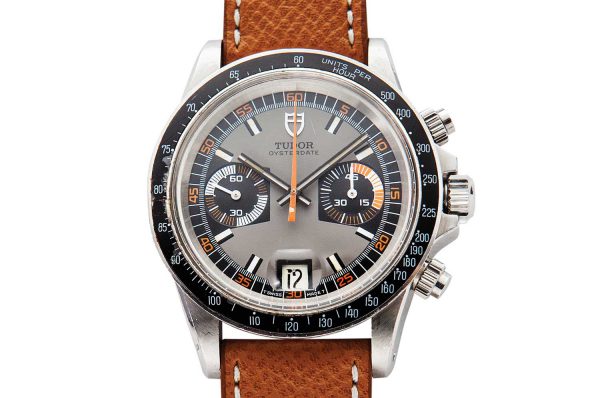 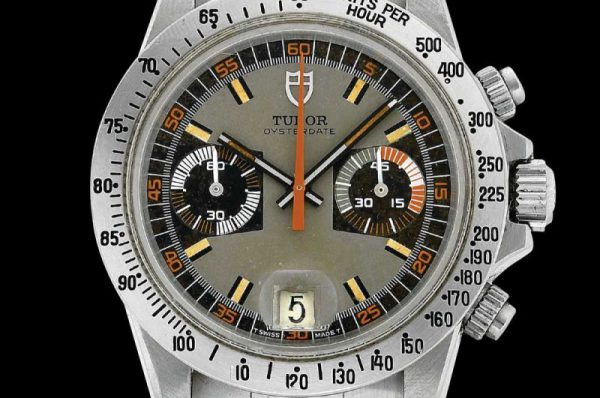 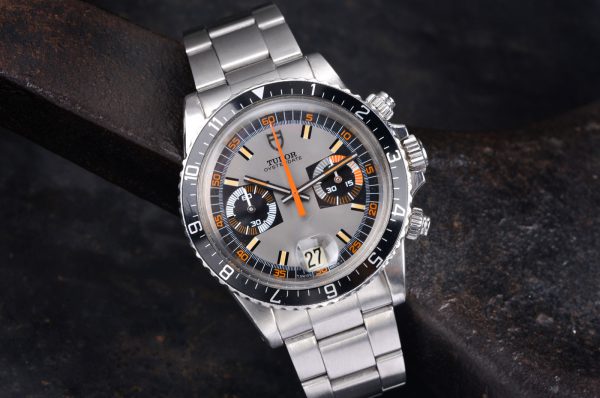 As with the first series watches, the 71X9 watches featured painted hour markers instead of applied metal markers. In my opinion this gives the watches a sportier aesthetic reminiscent of vintage Submariners. The home plate markers were replaced with a more conventional rectangle of lume flanked by two black lines. The use of bright colour was though even more pronounced, with bright orange elements on both chronograph registers as well as on the outer seconds markers. It was this second series that became known by collector as the original Monte Carlo watches, as the dials had a resemblance to the roulette tables of the famous casinos of Monte Carlo. Very often the Homeplate watches are also referred to as Monte Carlos, but this isn’t technically correct and the nickname should only really be used when referring to the 71X9 series watches. 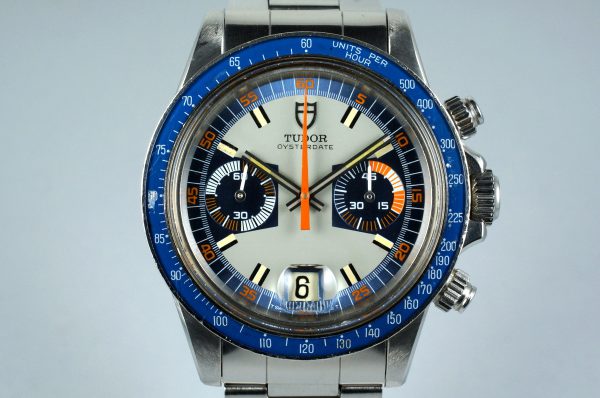 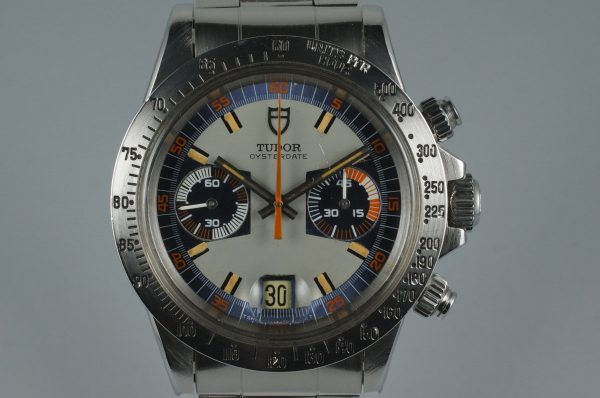 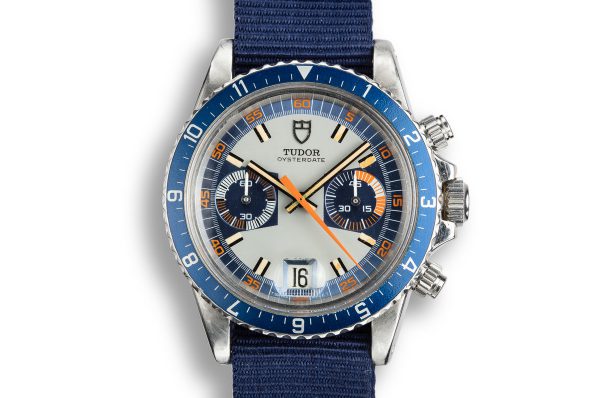 The watch cases remained largely unchanged across both series of two-register chronos, these and the previous Home Plates. The second series remained in the Tudor catalogue until approximately 1977. During the course of its run the screw-down crowns were upgraded to the improved trip-lock crown (reference 702) and the profile of the knurling on the pushers became more pronounced. The biggest non-visual change was, however, the improved movement. The 7100 series chronos housed the Valjoux calibre 234. This was a high-frequency movement with improved accuracy and also had upgrades to the column wheel and clutch. 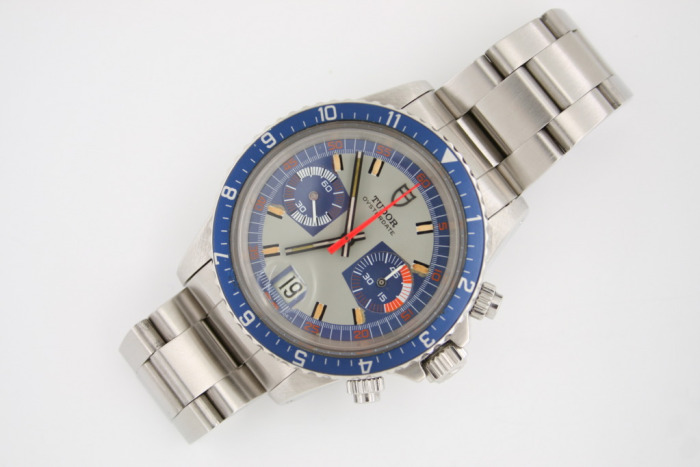 Tudor introduced the Blue and Orange colour scheme with the Mote Carlos. Here's a stunning reference 7169 with rotating bezel - only seen before on the prototype 7033 Home Plate.