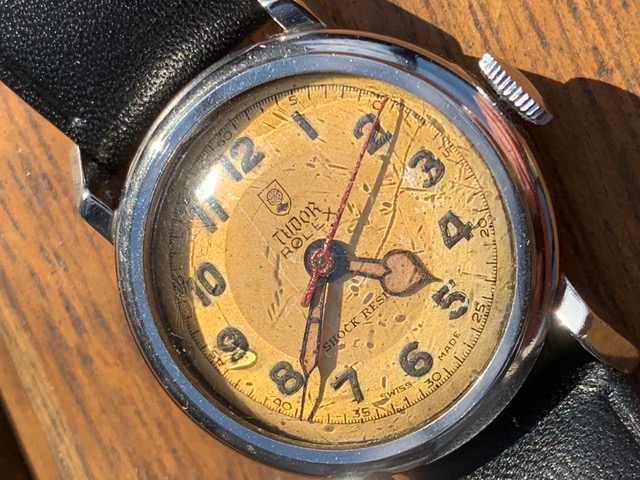 Today we launch a new series on Tudor Collector that focuses on Tudor watches that have been passed down to family members or friends - horological heirlooms! And we kick off with a great story. A double signed dial isn't always a rarity, but in this case it really is! A Tudor Rolex signed dial made its way from Canada to Scotland in the 1950s and today we share its story in Heirloomers...

I’m sure you remember the incredible Thrill of the Chase recently courtesy of Tudor collector Paul Pussell. Paul’s passion for watches began at a very early age and its not just MilSubs that float his boat. In fact, we have a shared love of early Oysters from the 1940s to 1960s, especially when they feature an interesting dial or other fascinating element. This story focuses on the watch that started it all for Paul and it begins with a family voyage to Canada. 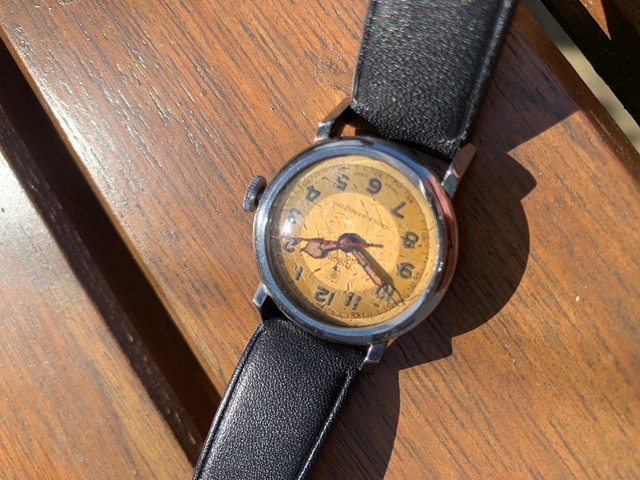 The Tudor Rolex Russell Family Watch. The two-tone dial with unusual hour hand and red seconds hand. Quite an exceptional and unique piece! 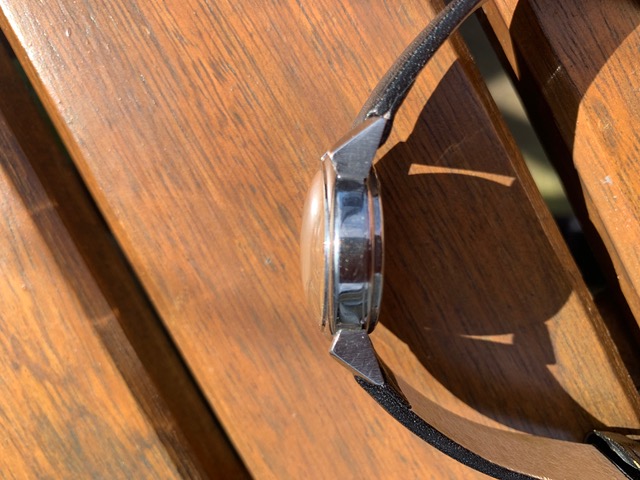 Paul picks up the story: “It’s strange, from a technical perspective, because I haven’t been able to find a model reference for this watch. I’m not even sure of the model range, but it’s a small dual branded Tudor Rolex with an amazing angular steel case. I’ve seen similar cased watches, but never one with a dial like mine.” But being the intrepid Tudor enthusiast that he is, Paul knows he’ll crack the puzzle at some point. “I will definitely do more research on this watch, particularly to see how many others were dual branded with the Tudor rose inside the shield, which I believe is possibly a Canadian trait.” 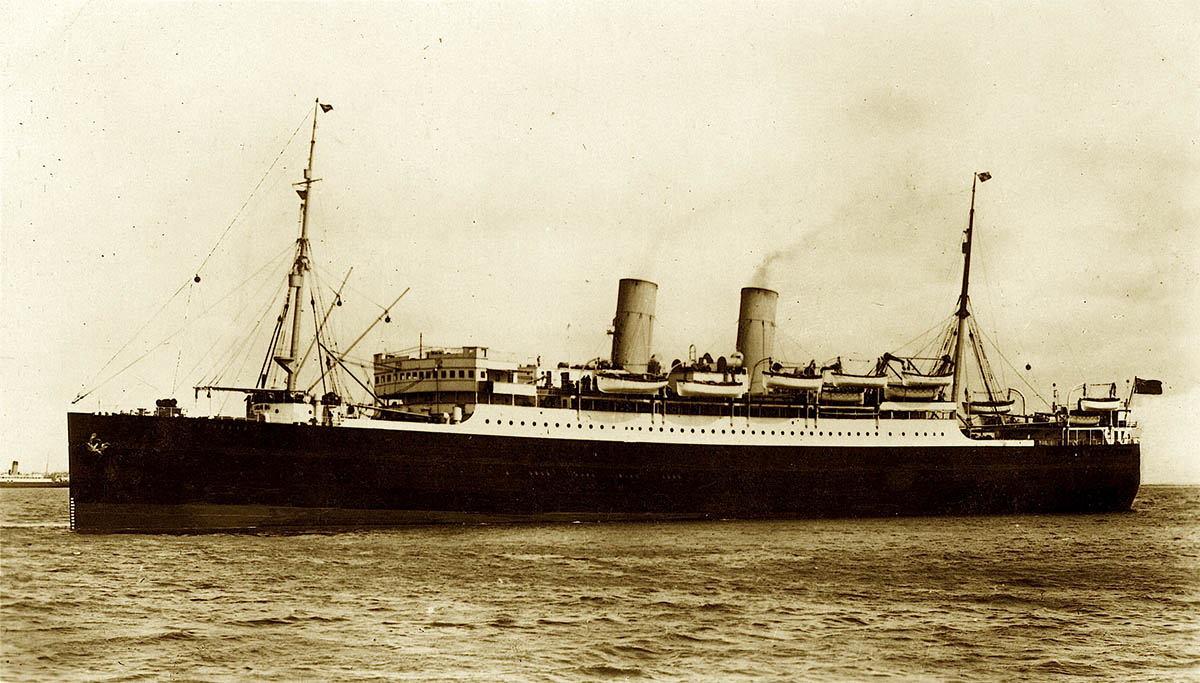 The ships of the Canadian Pacific Line were well known on the Clyde, transporting Scots to and from Canada

“The story goes that my Gran took my mum on a trip from Gourock on the West coast of Scotland to Toronto to visit my Gran’s sister, this in itself was a pretty big thing to do in 1949. They boarded a ship and sailed to Toronto from nearby Greenock. While they were away, it was my Grandfathers birthday, so they decided it would be a good idea to buy a watch from Aunt Betty who worked in Eaton’s Department store in Toronto.”

Eaton’s was a chain of very popular and prestigious department stores in Canada. The first store was opened by founder Timothy Eaton in Toronto in 1869 and was officially known as the T Eaton Company Ltd. They expanded to become one of the most successful retailers in Canada. They were official Rolex and Tudor dealers and were well known for the ‘Eaton 1/4 Century Club’ watches that were given to employees who completed 25 year’s service to the company. These watches were often Oyster watches with special Eaton dials.

And so Paul’s Aunt Betty, an Eatons employee, guided her sister and niece through the watches and helped them find a perfect example as a gift. Paul’s only regret about the story is that he wasn’t there…which of course would have been impossible! “Genuinely, I can’t tell you how many dreams I’ve had about being in such a large watch department back then – the watches would have been incredible! Anyway, they chose a watch for my Grandfather and gave it to him as as a late birthday present when they got home.” 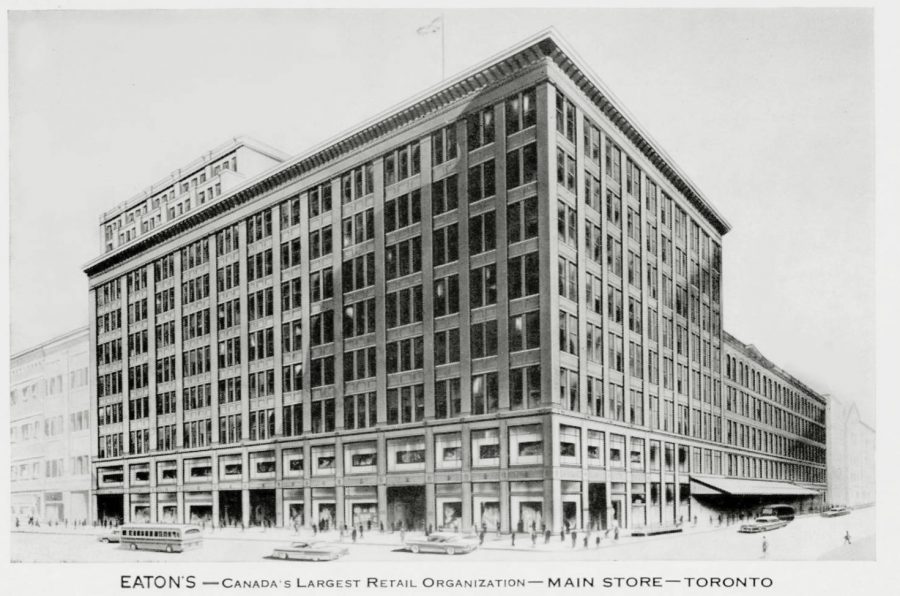 The Eatons store in Toronto 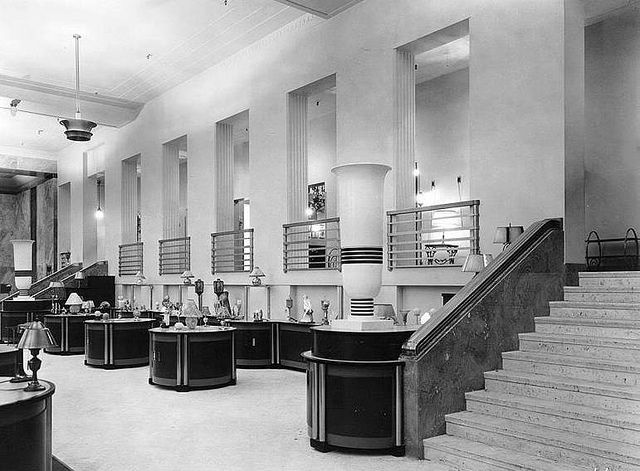 The interior of Eatons in the late 1940s

“I first became aware of this watch when I was about seven or eight. Once my Grandmother had given it to my Grandfather, I’ve been told by my Mum that he wore it almost every day. I really just remember it being the first time I was fascinated by an object other than a football. My Grandfather died when was about 9 and my Grandmother moved to a smaller house. It wasn’t until about 10 years later that my mum showed me the watch she had stored away in a box of her Dad’s things. She said that as I ”liked watches”, I should have it. It brought back distant memories and really sparked my imagination and the feelings I used to have for the watch.” And so Paul became the next custodian of the watch.

“I really love the romantic, transatlantic journey aspect of the story, but it wasn’t until slightly later that I asked my Gran why  she bought this one rather than one of the countless others? This is when she revealed that she saw it early during the trip to the watch department, but knew straight away that this was the one! Hopefully you can see form the images, that the reason she bought it was pure and simply the love heart shaped hour hand. I had looked at the watch so many times before this conversation but never focussed on this small detail. It totally makes sense now and if I’m honest brings a lump to my throat!”

What a great story of a fantastic Tudor. Aside from the far more important sentimental importance, there is something fascinating about the fact that the watch is double-signed Tudor and Rolex. Over the years we have seen a number of refinished dials that bear both makers’ names, but this is maybe the only one with such a great and unquestionable provenance.

But the big question is, which of Paul’s sons will he pass it on to? “Aha – impossible question! That’s like asking which child is your favourite. I’m sure though that the story of the watch and what it meant and means will keep it in the family long after me.” 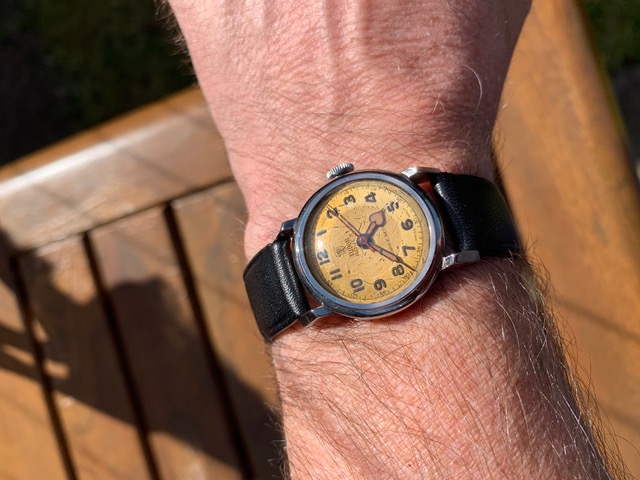