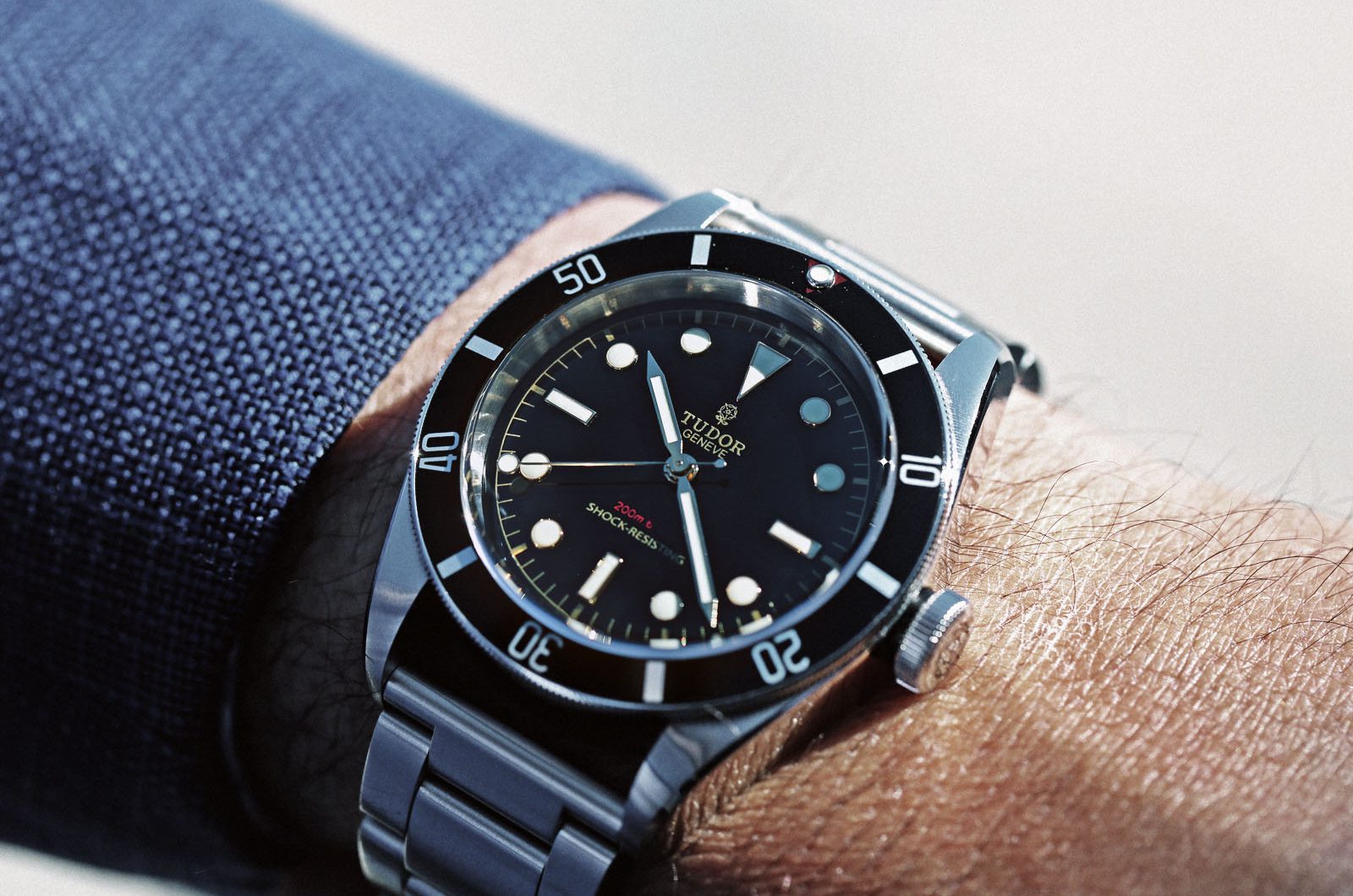 Tudor’s Pieces Unique – The ‘Only Watch’ Tudor Round Up

Since 2015, Tudor have supported the outstanding work of Only Watch by creating three unique watches - a first for the Wilsdorf House. Today we remind ourselves of the watches and the incredible results they achieved...

The Only Watch auctions are a biennial auction of 50, one-off luxury timepieces made by the finest watch manufacturers. All the monies raised is for research into duchenne muscular dystrophy and Tudor has been involved since 2015. The watch collecting world in general loves nothing more than a unique watch, especially from a ‘big name’ in watch making. Rolex are well-known for not producing limited editions or unique pieces. We have seen very rare, possibly unique special order Daytonas over the years – especially gem-set pieces from the 1990s onwards. But public acknowledgement of such timepieces is never made. Step forward Tudor, who have now officially created three unique watches, based on models from the Black Bay line, for the Only watch auctions. We thought it would be interesting to remind ourselves about each one. The original Black Bay One

The Black Bay One

Tudor collectors and fans of all Oyster-cased vintage dive watches were stunned and excited by the announcement in 2015 that Tudor would be participating in that year’s Only Watch auction. the offered piece was a black Black Bay, but with pencil hands, a red-text depth rating and gilt-letter dial. When the watch was unveiled, the Black Bay was only available in burgandy and blue and so the black was an exciting development. There have subsequently been releases in black and watches with red-text depth ratings – but at the time…we were blown away!

Tudor was also the responsible for the only manual-wind Submariner to make it past prototype stage and into production. The model 7923 was only produced in very small numbers and has a mythical status amongst vintage Sub collectors. You can clearly see the inspiration for the Black Bay ONE in the below photo of an original vintage 7923 – including the lollipop seconds hand, red depth rating and insert. And the result was phenomenal – it sold for CHF 375,000! 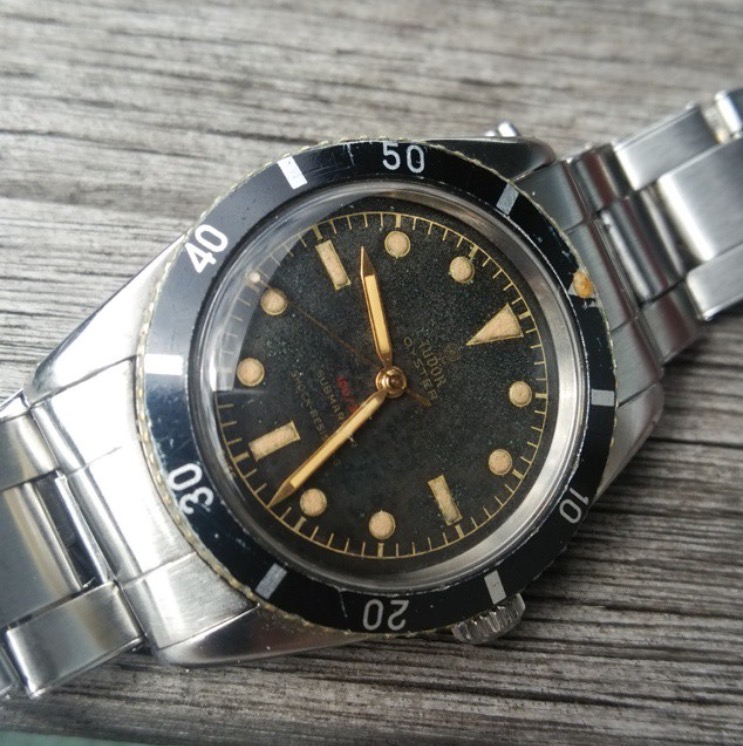 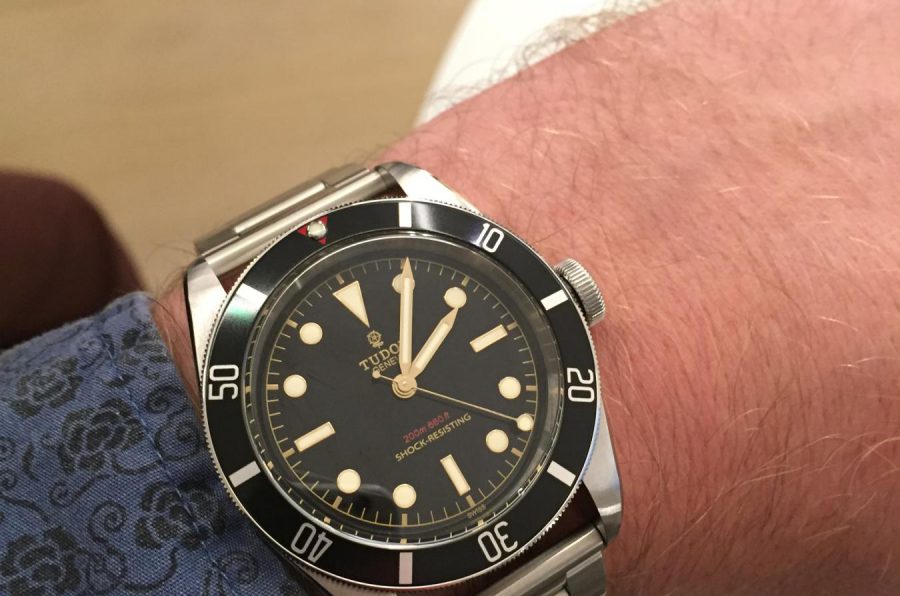 The original Black Bay One on my wrist in 2015 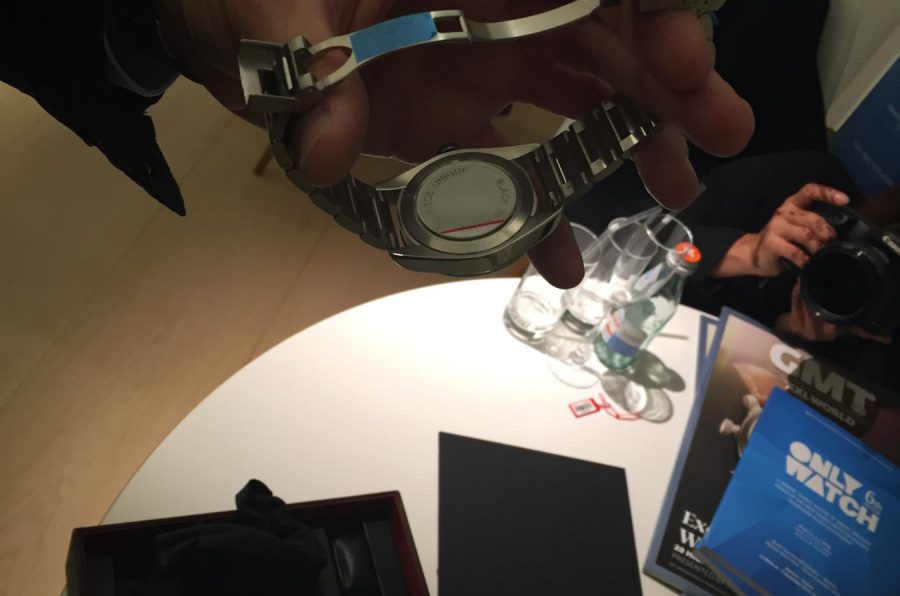 The Black Bay Bronze One 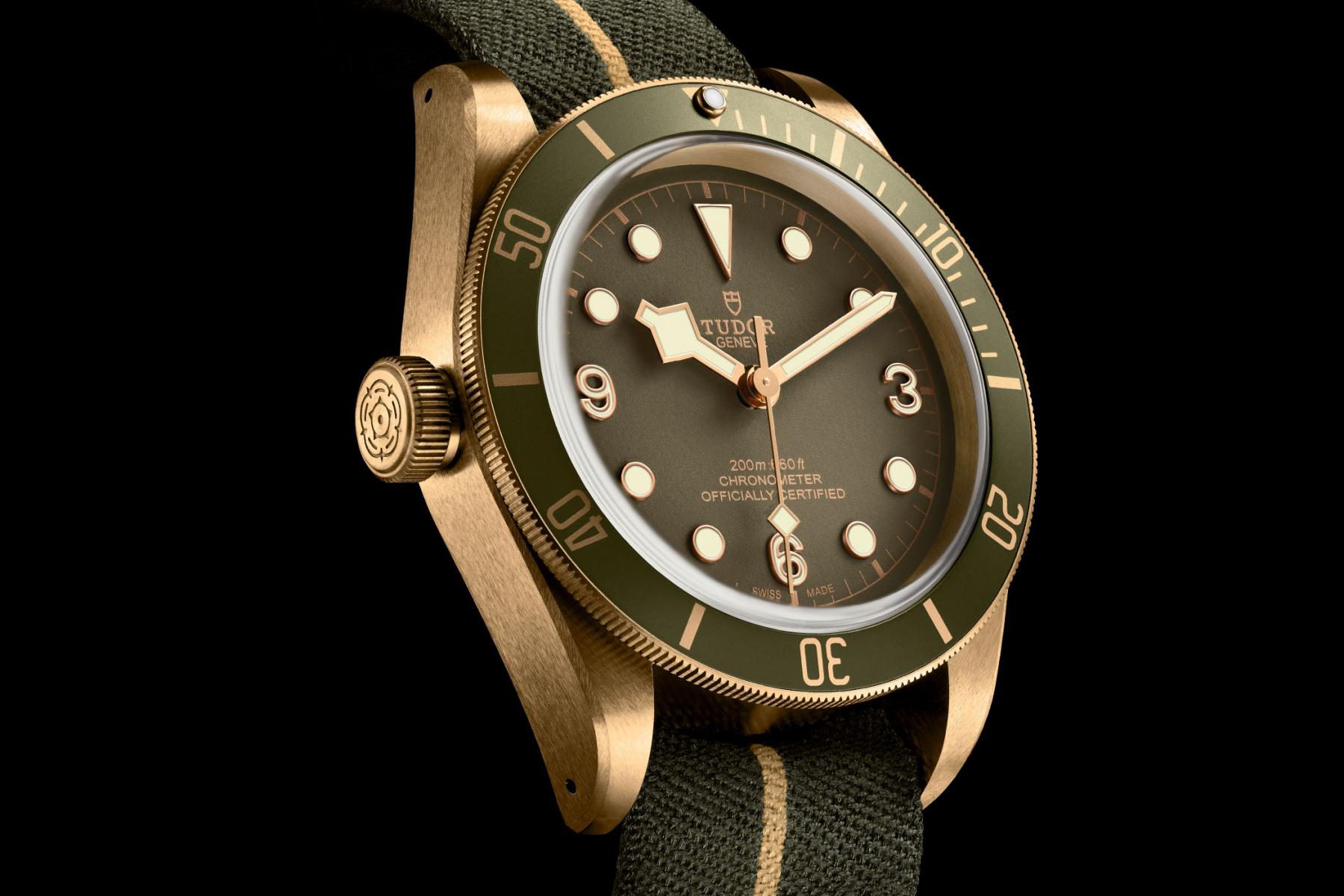 The Black Bay Bronze One with left hand design and unique green bezel, dial and strap.

In 2017 the second unique watch installment came in the shape of the Black Bay Bronze One. The watch was based on the regular production Bronze, but was in left-hand or destro configuration and had a green dial, bezel and strap. Tudor have since released the Pelagos LHD (left Hand Drive) which was a destro version of their popular Pelagos, but at the time of the 2017 auction it was the first left-hand dive watch to officially come from the brand. The estimate for the sale was CHF 4500 to 5500 but the final sale price was over 70 times that, with the BBB1 bringing an astonishing CHF 350,000 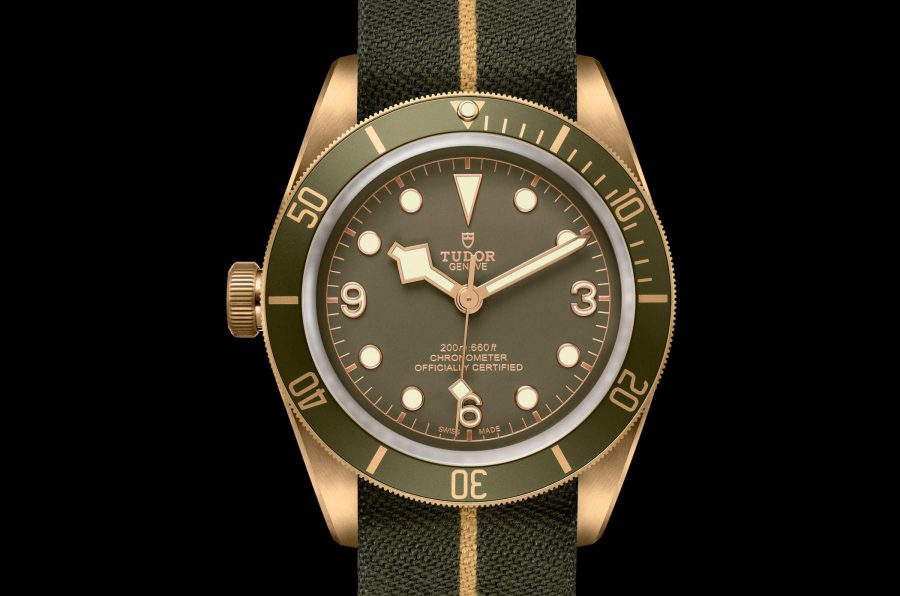 The case back with all important 'Piece Unique' engraving

The Black Bay Ceramic One 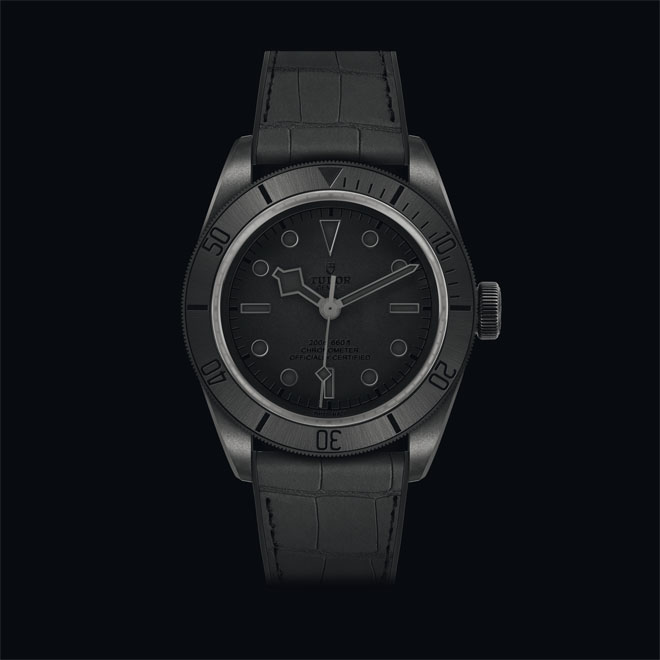 The Black Bay Ceramic One

This year, for Only Watch 2019, Tudor have presented a ceramic Black Bay…and it’s certainly all black! The Black Bay Ceramic One features a black ceramic case, black ceramic bezel insert in a PVD coated titanium bezel ring. The black theme continues with the dial and hands – the dial is matte black with glossy black text. The display case back even gives a glimpse of a black pvd-coated rotor on the movement. It really is very black!  Based on the previous performance of Tudor’s unique pieces for Only Watch, there is no doubt this watch will smash its estimate of CHF4500-5500! 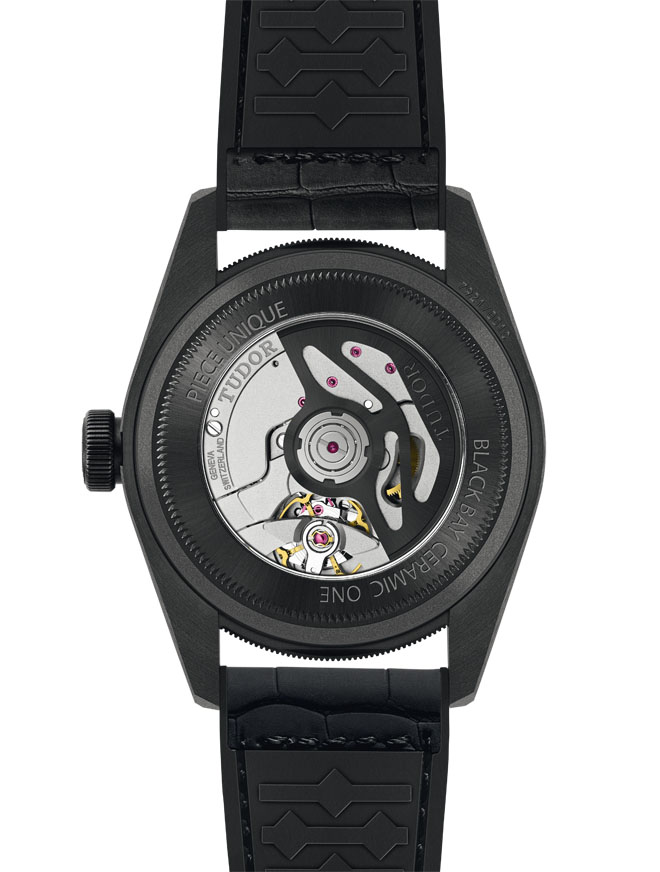 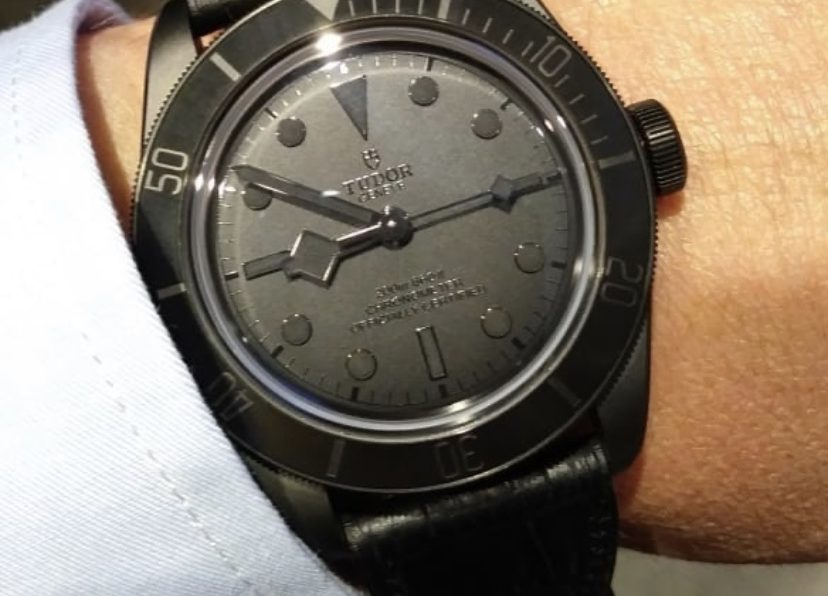 Just catch it in the right light and...pop! 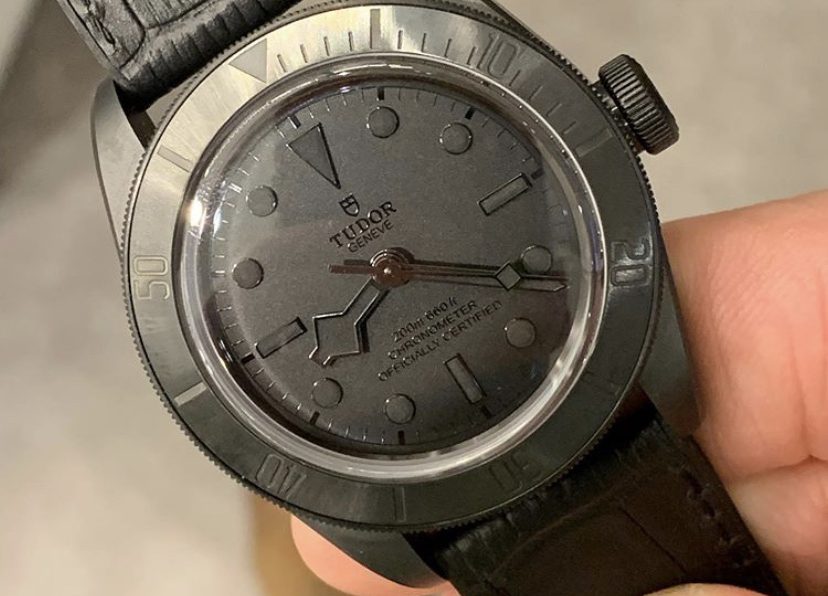 Stealthy and cool - the BB Ceramic One