Tudors Under The Hammer – Geneva November 2019

This weekend the autumn Geneva watch auctions take place. This twice-annual event is one of the highlights of the watch collecting community and I thought it would be interesting to see what Tudor pieces are appearing in the sales...

It may not be the busiest of seasons for Tudor, as a couple of the big sales (Sotheby’s and Christie’s) don’t actually feature any Tudors. Christie’s however are hosting the Only Watch sale in which Tudor have donated a unique Black Bay. I wrote about it here a couple of weeks ago. However, Phillips and Antiquorum have some Tudors in their sales, so let’s have a look. 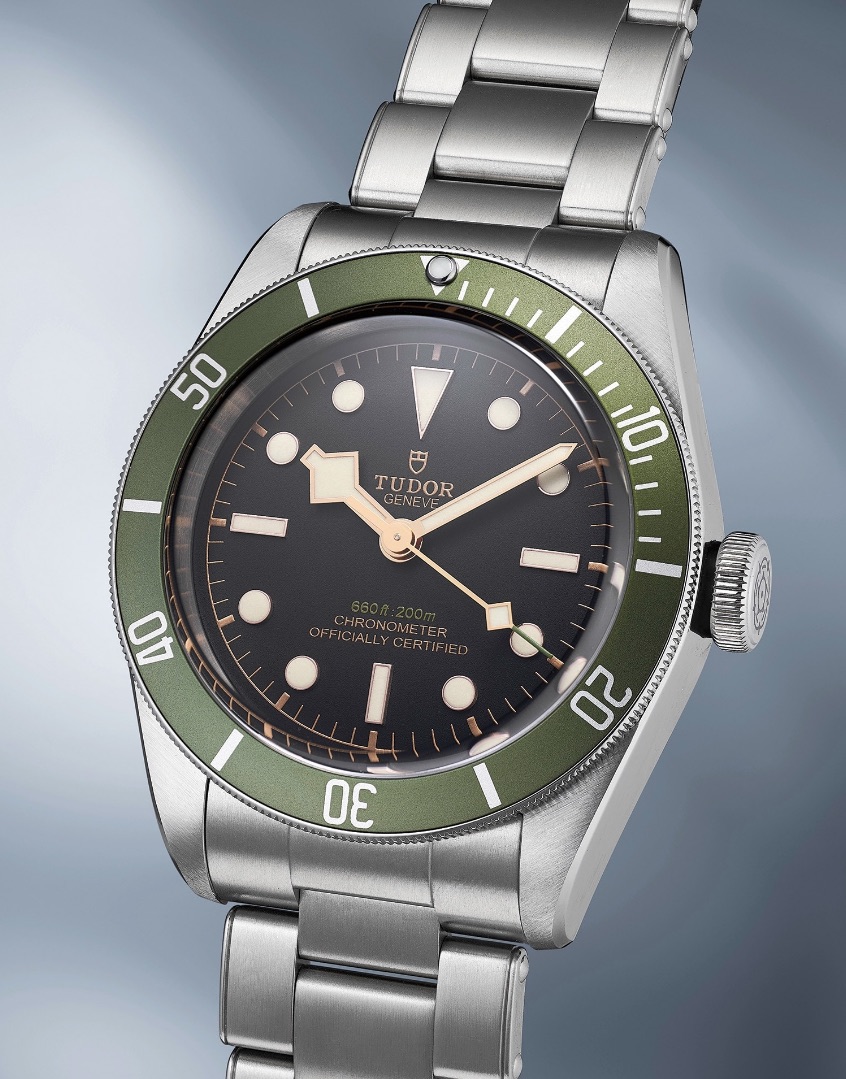 The action kicks off at Phillips with the themed sale ‘Double Signed’. The opening lot of the sale is a Tudor x Harrods green Black Bay. Since its launch, this watch has become a favourite with collectors and speculators alike. Collectors love it due to the fact that they are incredibly hard to acquire as they are only available directly from Harrods. Speculators of course like them as they sell for over double the retail price on the grey market. Each one is numbered with the offered lot having the unique number 1604 engraved as part of the Harrods engraving on the case back. 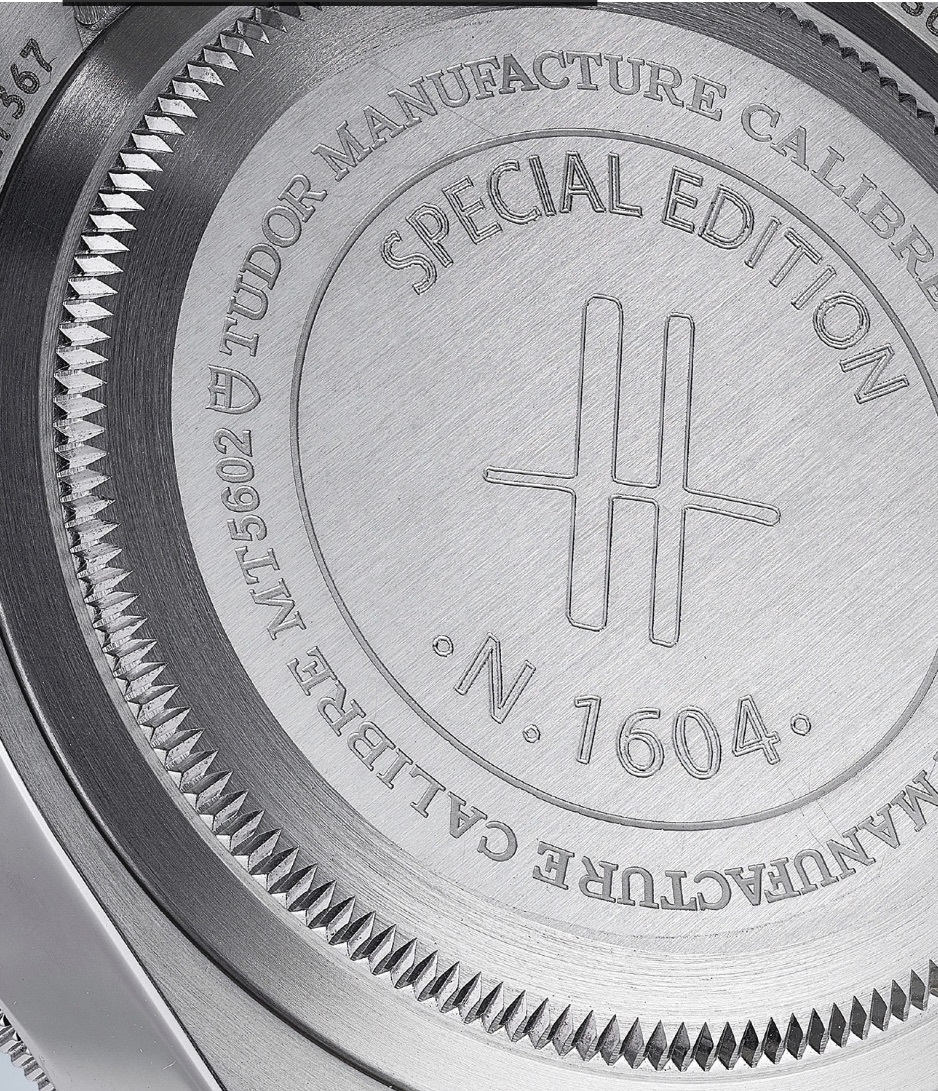 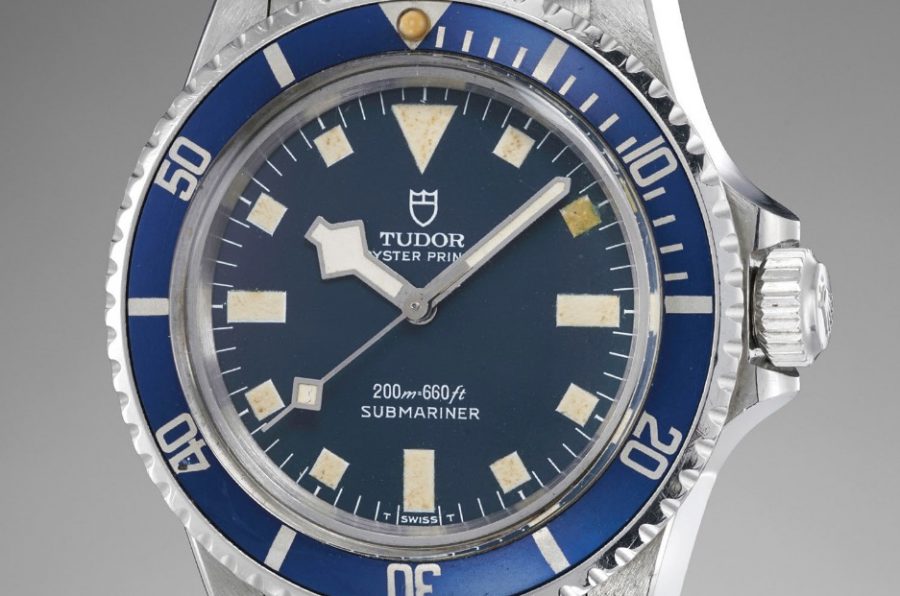 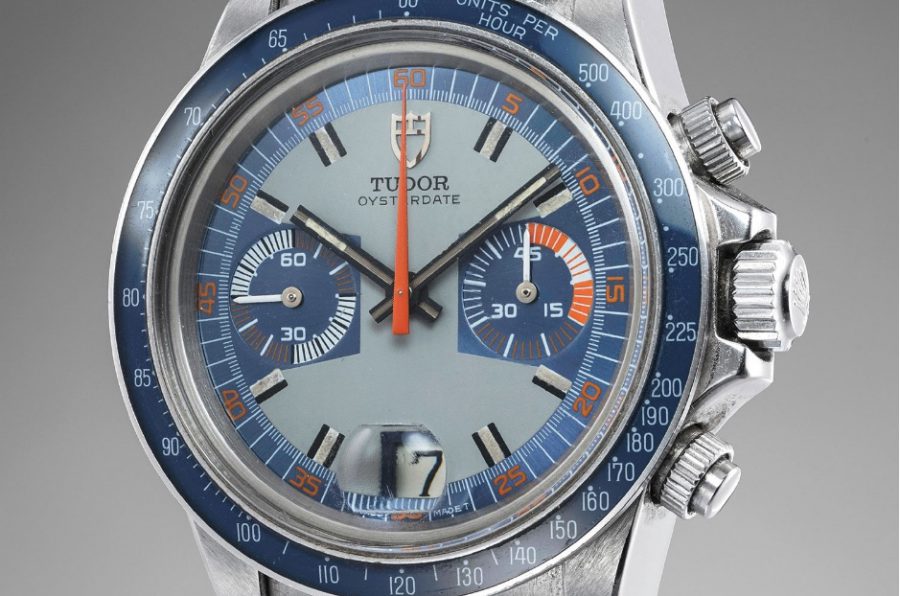 In The Geneva Watch Auction X Phillips have a brace of blue Tudor sports watches. The first is a blue Submariner ref 9401/0. In terms of snowflake Subs, the blue non-date is the top of tree in terms of collectibility, desirability and value. The offered 9401/0 has box, papers an anchors by way of accessories and a 9315 Oyster bracelet. Its a nice, clean watch – the only odd thing is the slightly different coloured two o’clock hour marker. But then its a 40 year old watch…I wish I looked that good! Lot 164 is a blue chronograph, referred to as the Monte Carlo, due to the dial layout (like the gaming tables in Monaco’s gaming mecca Monte Carlo). Its a reference 7149 with desirable blue plastic tachymeter bezel. 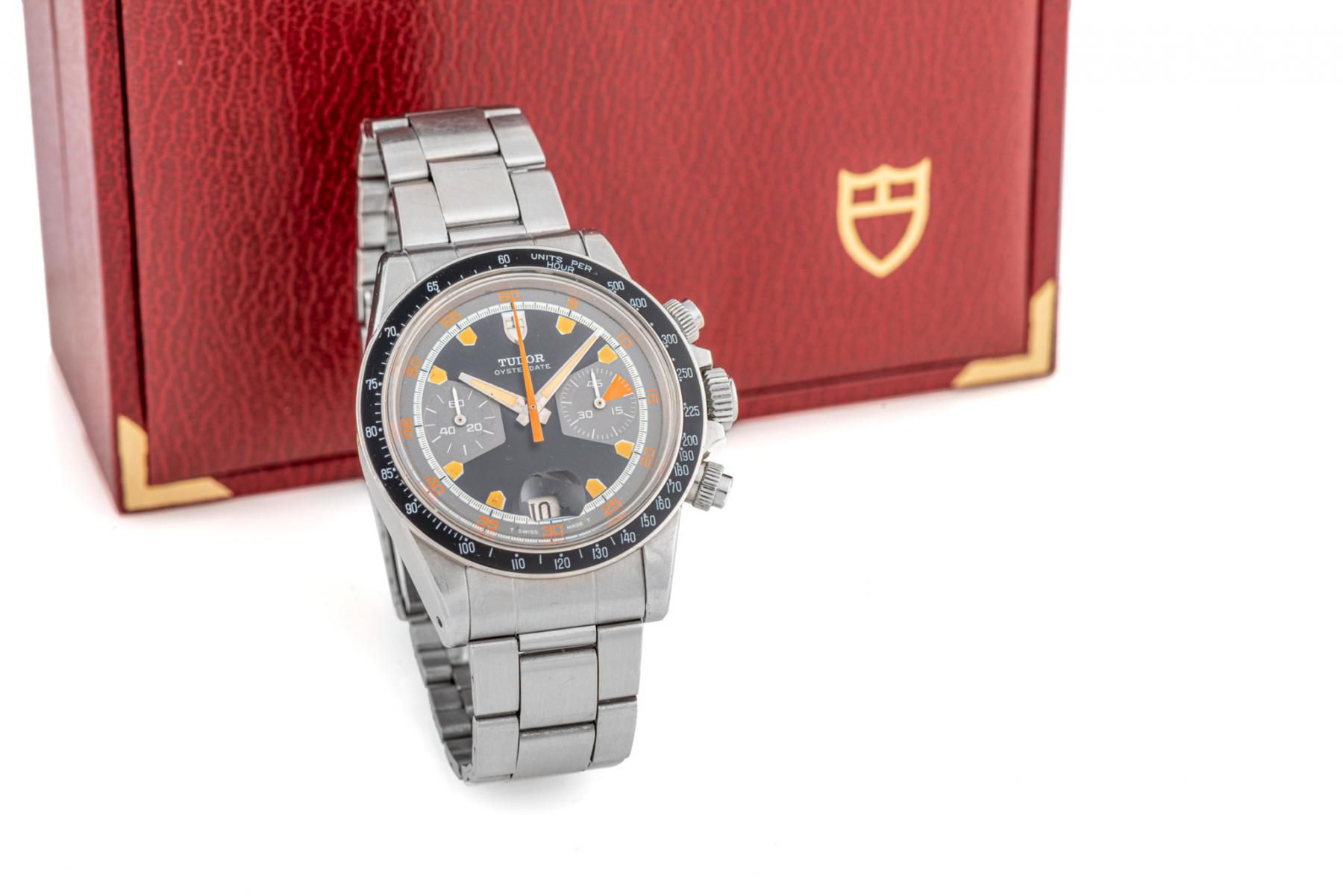 Antiquorum are offering a few Tudors, the most important being an original owner chronograph reference 7031. The 7031/2 watches were the first chronos that Tudor produced, released in 1970. The vast majority out there have a grey dial, but there are some rare examples with black dials. Here is not the place to discuss these dials, but there is some controversy about them. This one is apparently coming a German family. 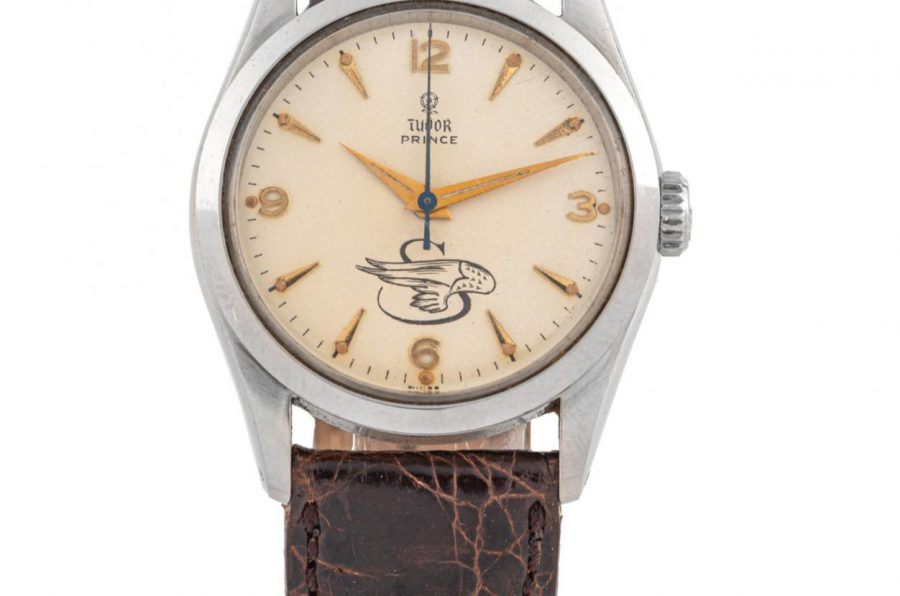 Sikorsky Aircraft was established by Igor Sikorsky in 1923 and was one of the first companies to commercially produce helicopter for both military and civilian use. The present lot was presented to a Fred Boldusoff for 25 years service to the company in 1956. The catalogue dates the watch to 1960, which is an error as the serial number, very clearly still visible on the case back) dates to 1955-56. The interesting aspect is the dial. The company logo is nicely done in the bottom half, but there is an omission of the word OYSTER from the upper half. Was this dial completely repainted by Sikorsky or was a non-Oyster dial used for these presentation watches? We may never know unless another one surfaces. I haven’t inspected the watch and so cannot be 100% sure, but the Tudor Rose and printing look original in the online pictures. 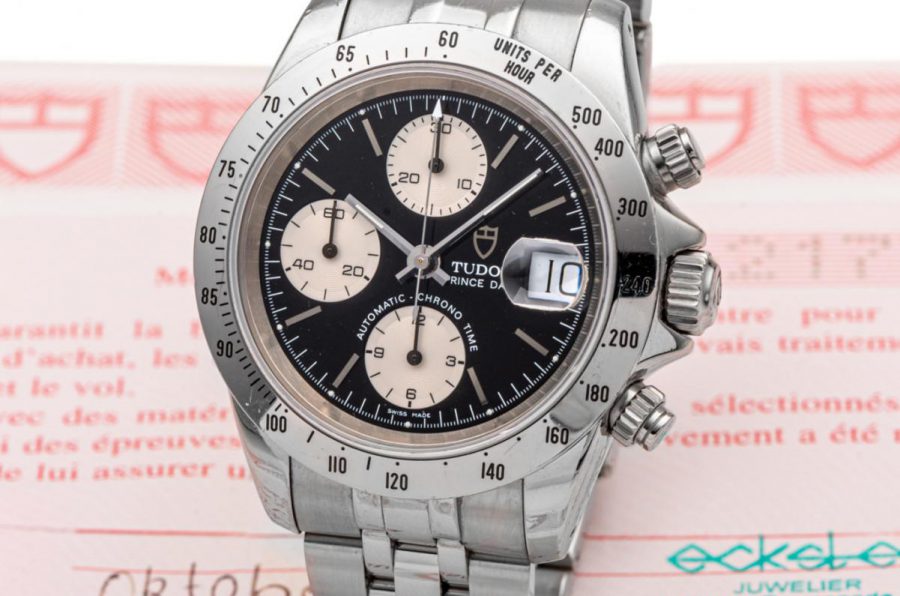 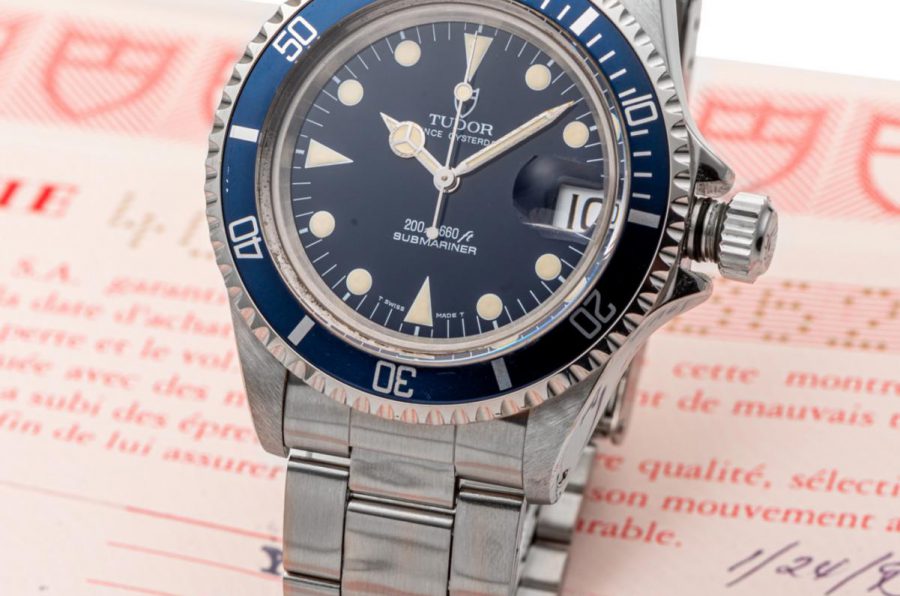 I have felt for a while now that the sapphire glass 79200 series chronographs are a great buy. Similar to their cousin, the Daytona Perpetual, they are a solid watch and still reasonably accessible for collectors. Lot 601 is a black dial Prince Chronograph with classic style black dial and polished steel tachymeter bezel. Lot 260 is a blue reference 79090, the last acrylic glass Tudor Submariner and, again, something of a bargain for somebody looking to acquire a vintage Sub. Both lots are accompanied by punched papers, which is important with these later Tudors and are both very nice examples of their type. If I were you, I’d register to bid…you never know with these watches – you might snag a bargain!