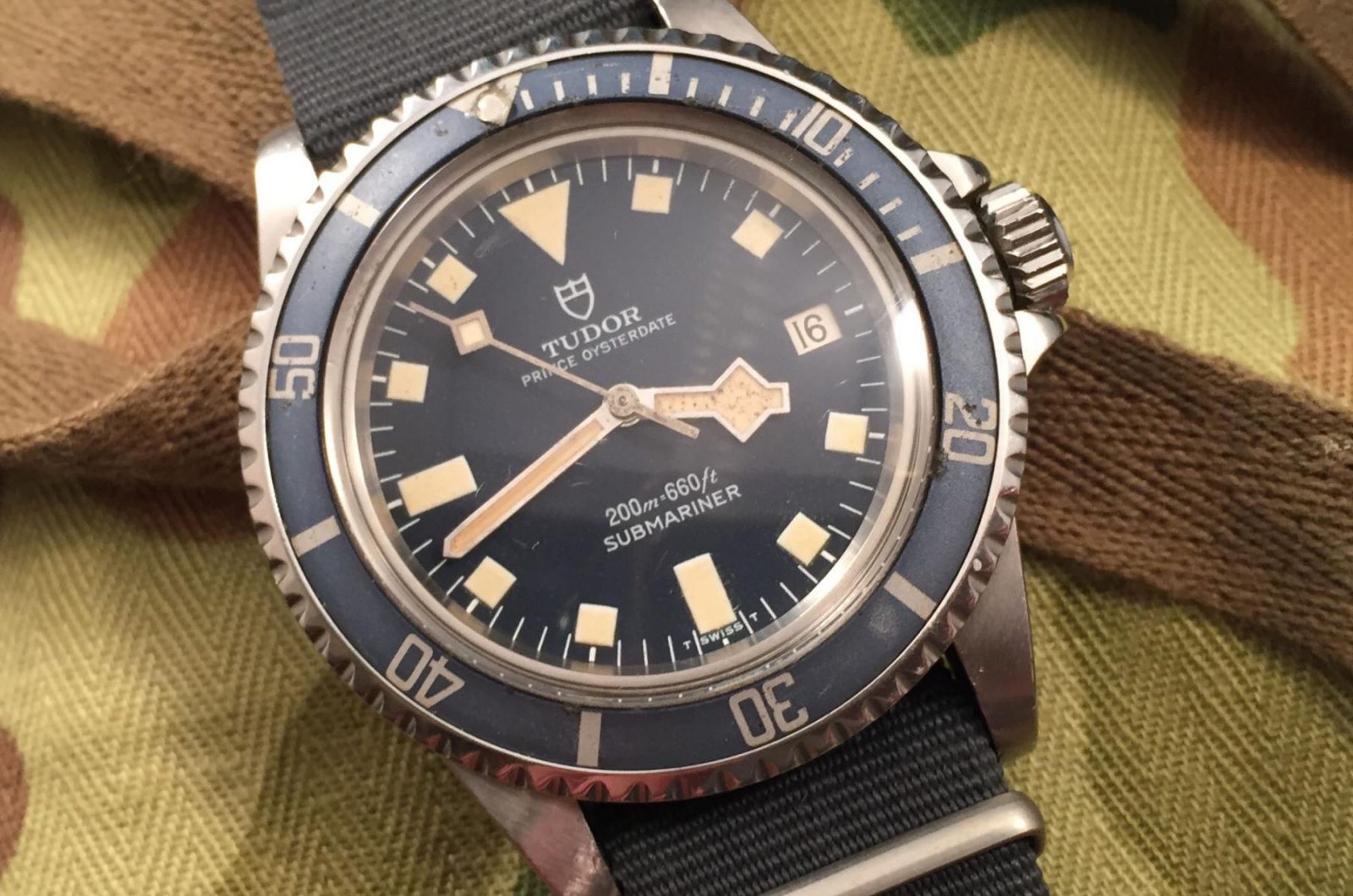 Today we take a look at a Tudor Submariner that was issued to a Jamaican Defence Force by the US Navy stores. It's a unique find and the only known example. It's Monday, so let's check out a MilSUb...

One of the most fascinating elements about Tudor dive watches is the amount of navies from around the world that issued Tudor Submariners to their troops. There have been some incredible discoveries of Tudor Submariners over the years, from military forces all over the globe. I have personally spent a lot of time researching the Tudor Submariners issued by the South African Navy in the 1970s. Other well-known forces to issue Tudors are the Royal Canadian Navy, the Argentinian Navy, The Italian Navy and the Israeli Defence Force. And one of my best finds? It has to be a Tudor that had been issued by the Jamaican Defence Force, which I acquired from a serving officer in the JDF. 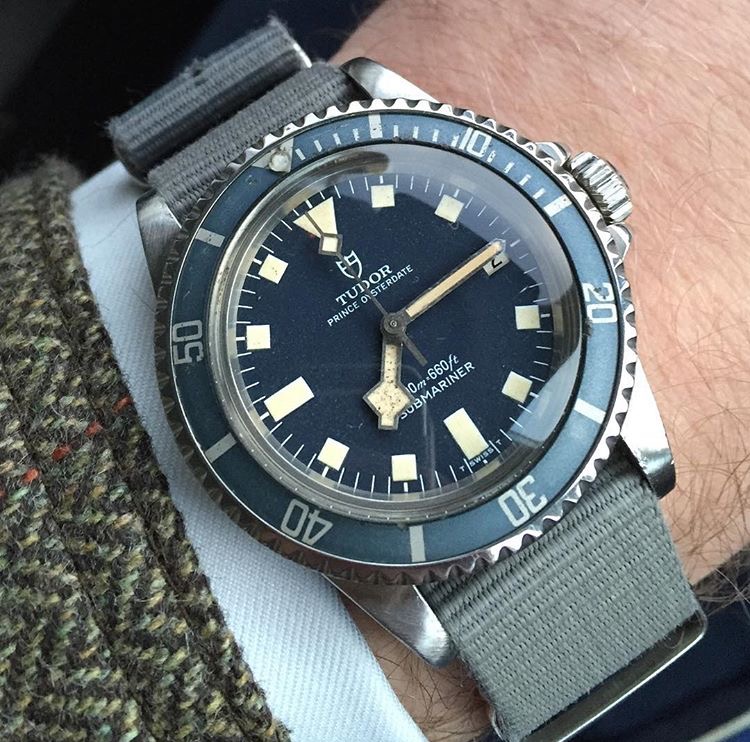 The story began when I was I was contacted by an Officer of the Jamaican Defence Force,  who had been given the watch by a retired JDF diver who had been issued the watch whilst in active service. We discussed the watch that turned out to be a blue Tudor Submariner reference 94110. 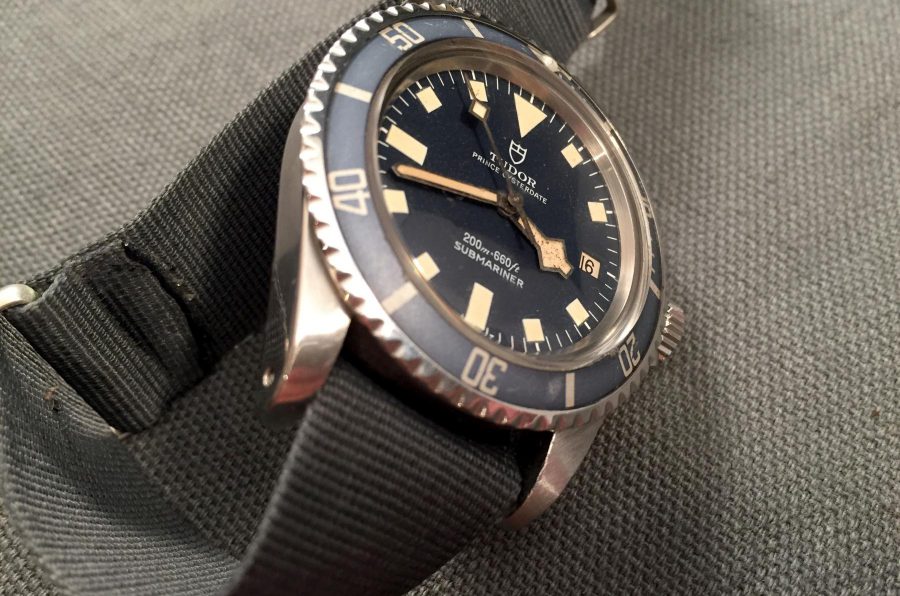 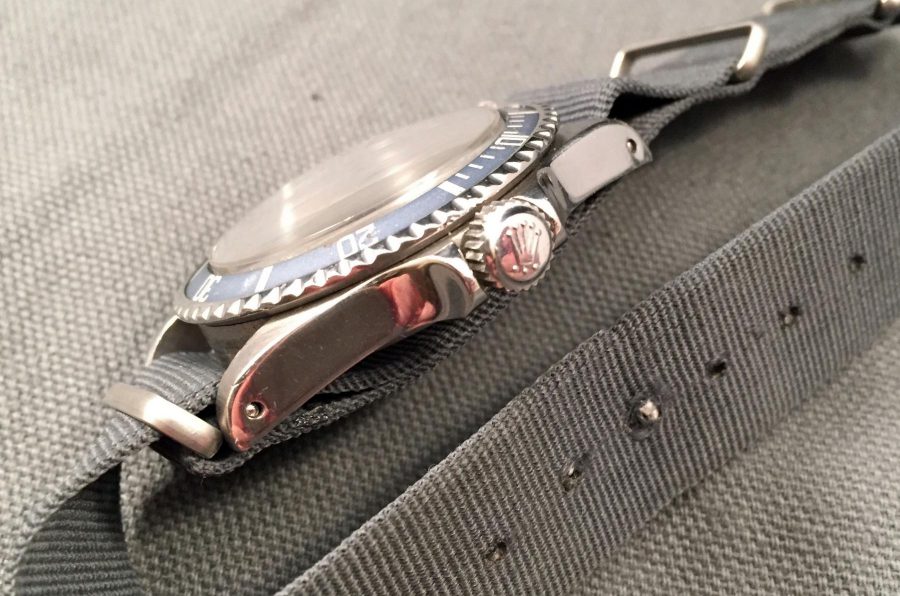 The Jamaican Defence Force (JDF) Coast Guard division was formed in August 1963 and was, at the time, Jamaica’s only maritime law enforcement body and was one of four units that formed the JDF. Today, the JDF is comprised of a total of eight units. At the time of its formation, the Coast Guard division’s roles and responsibilities were confined to search and rescue, narcotics interdiction and fisheries protection. 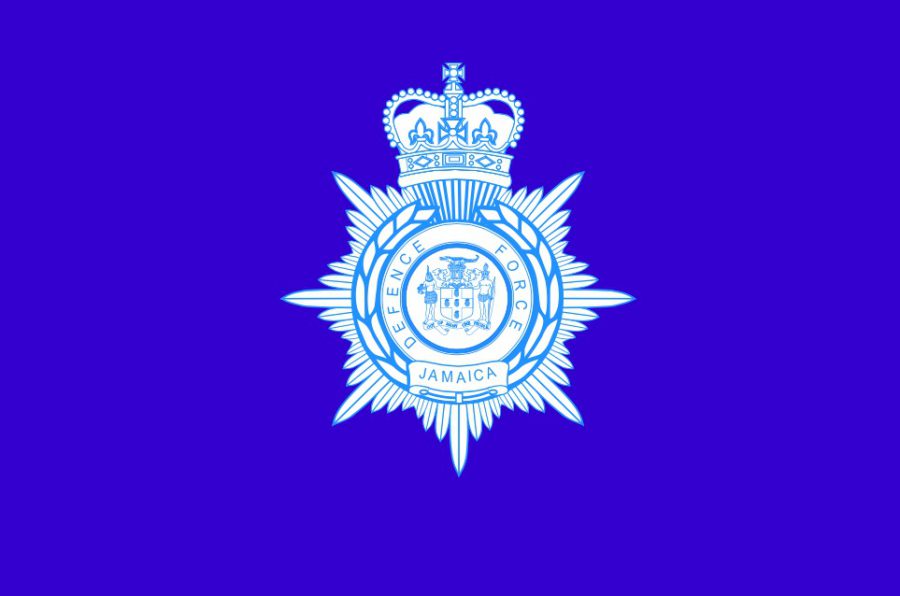 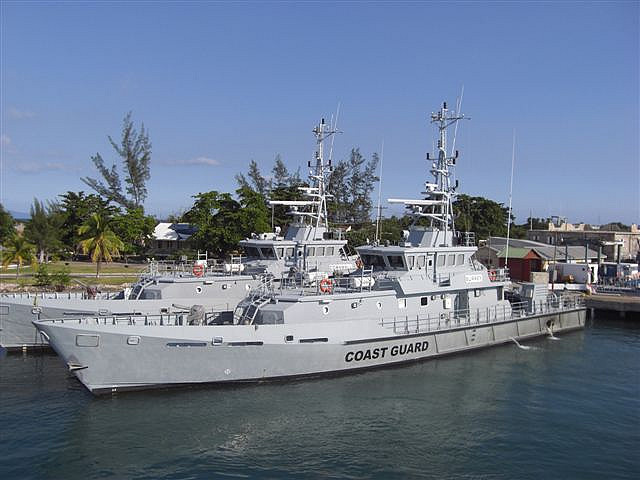 In the early ‘80s there was a need to expand the unit’s capability to be able to deal with dive related missions and a diving department was formed. The members of the dive unit were trained by the US Navy and were therefore trained to the highest military diving standards. The roles and missions of the diving department (then and now) are numerous. Some of these are: search and rescue missions for drowned divers, fishermen or recreational swimmers who went missing off the coast or in an inland river; underwater hull searches for narcotics; searches for vital equipment that would have fallen overboard from a ship; underwater inspection of drains, gutters and oil pipelines. Additionally the Explosive Ordnance Divers would do pier side dives searching for explosives (as requested by visiting foreign warships). 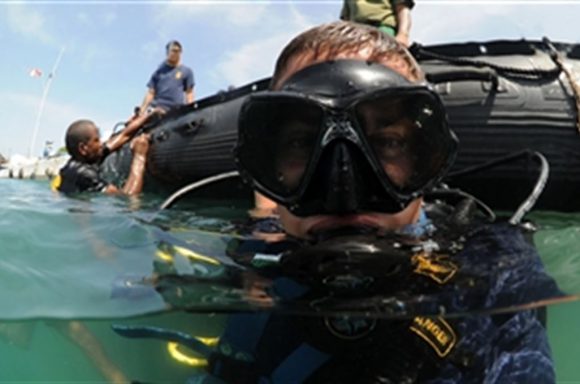 A JDF and US Navy Training Exercise 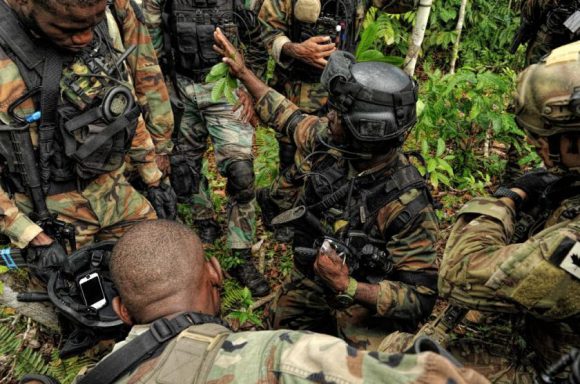 The JDF Training with the Canadian Navy 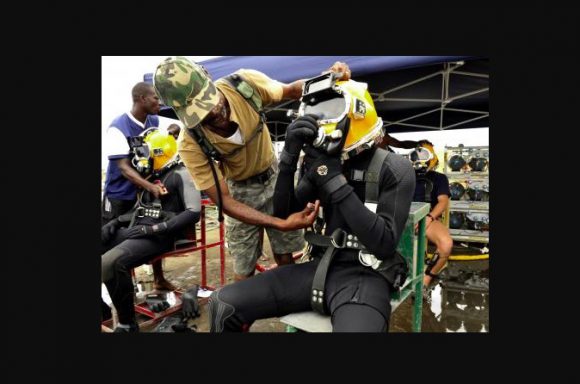 A JDF DIver preparing to dive

“I recall that about a decade ago, as the Officer Commanding of a sub-unit in the CG, whilst doing an inspection of the military stores, stumbling upon a number of dive watches including Seikos and Doxas. My discussion with the staff in the stores revealed that they were given to the unit by the US Navy and were subsequently issued to the members of the unit’s dive department. Of course, they appeared to be fairly worn and beaten and unserviceable.” 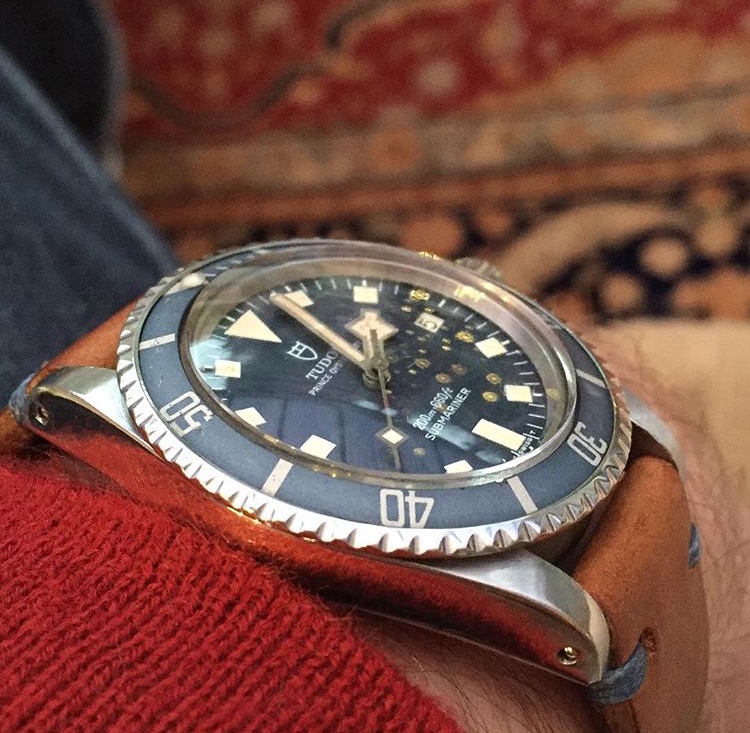 The watch was certainly used as Hans Wilsdorf intended.  The bezel has developed a super cool faded blue that a life time in the sea and the sun will do to these inserts. The dial has remained in very good condition and the watch retains the original case profile. The serial dates the watch to approximately 1980/81 and I assume it was ordered by and delivered to the US Navy – a relationship that was long established. I have written extensively now on the relationship between the US Navy and Tudor, which dates back to issued Big Crown 7924s right up until the 1990s. The most famous recent confirmation of this was with the 2019 launch of the Black Bay P01, which was based in a prototype made by Tudor for the US Navy in the 1960s.  I wrote about the watch here. 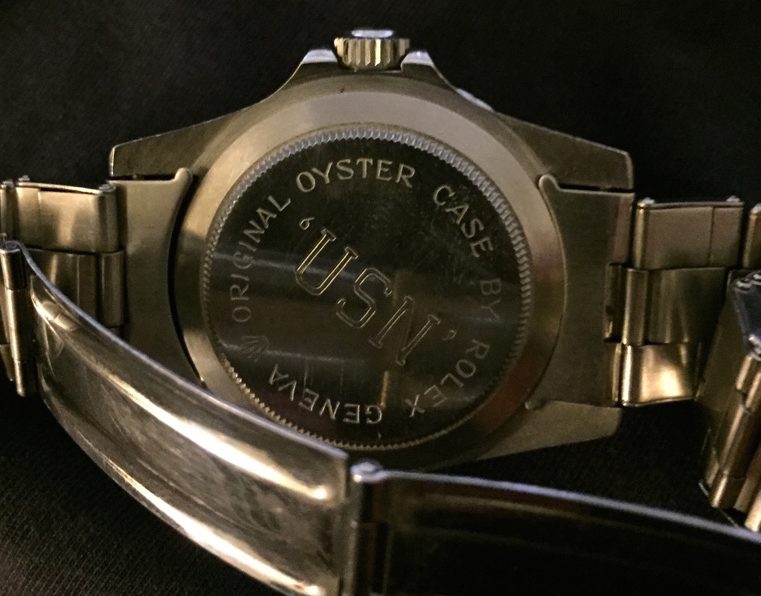 Interestingly, the engraving style that appears on this JDF Sub appear on other US Navy issued Tudors. The ‘outline’ text font is executed in the same way as the Jamaican watch. Therefore, I assume that the US stores had the caseback engraved to issue to the JDF.

Will another ever surface? I’d like to think so. But as it is, it’s great to have found such a unique watch with such a great history! 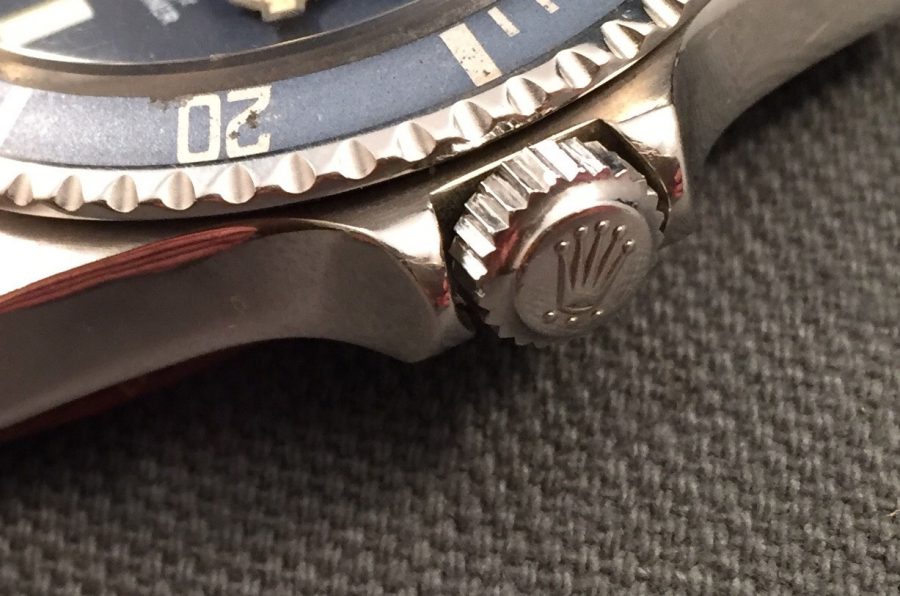 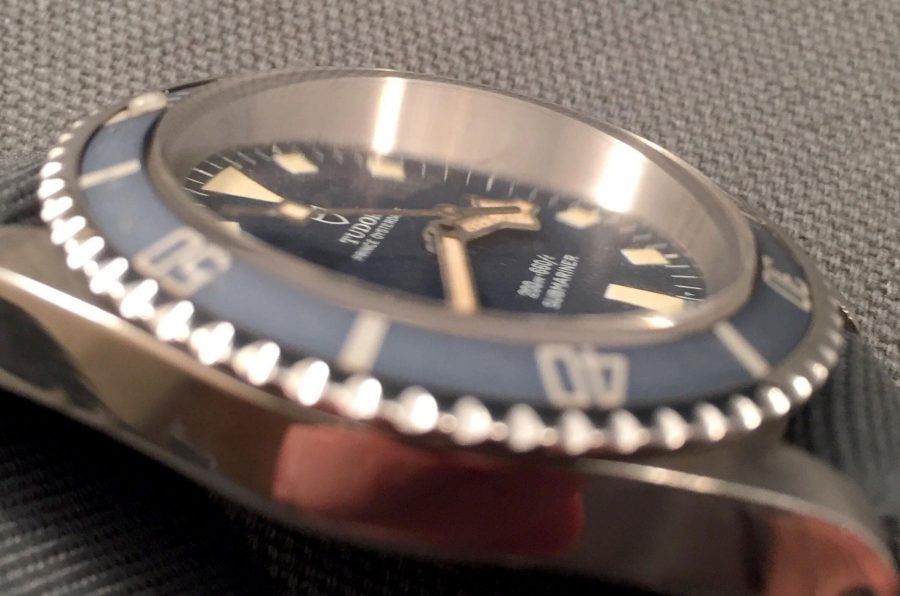