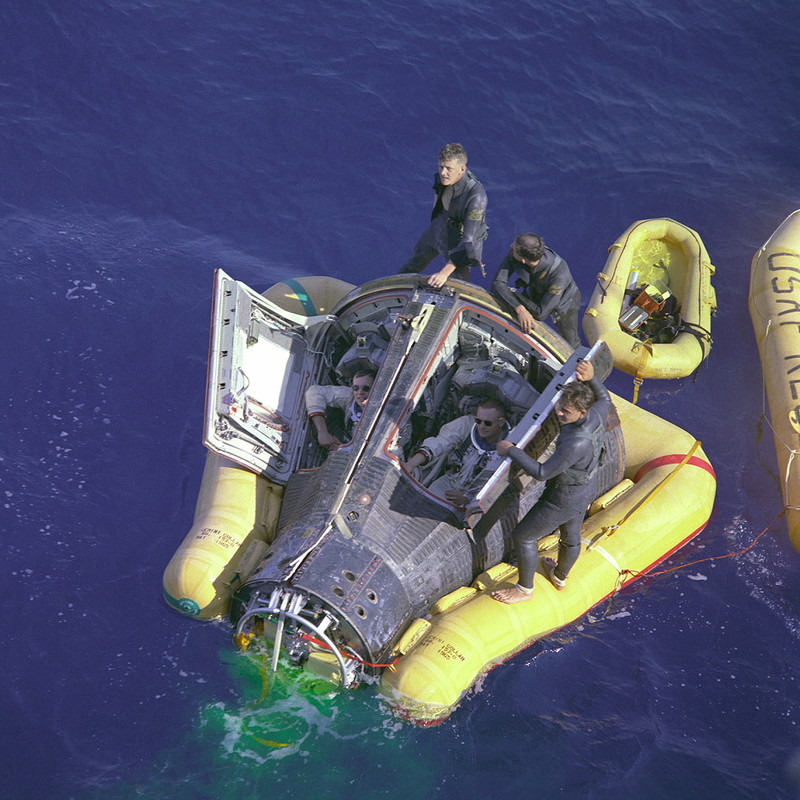 Today we take a look at the Tudor Submariners worn by the United States elite Pararescue Service and the unit's role in the recovering the Gemini 8 module and saving the US's Moon Landing dreams... 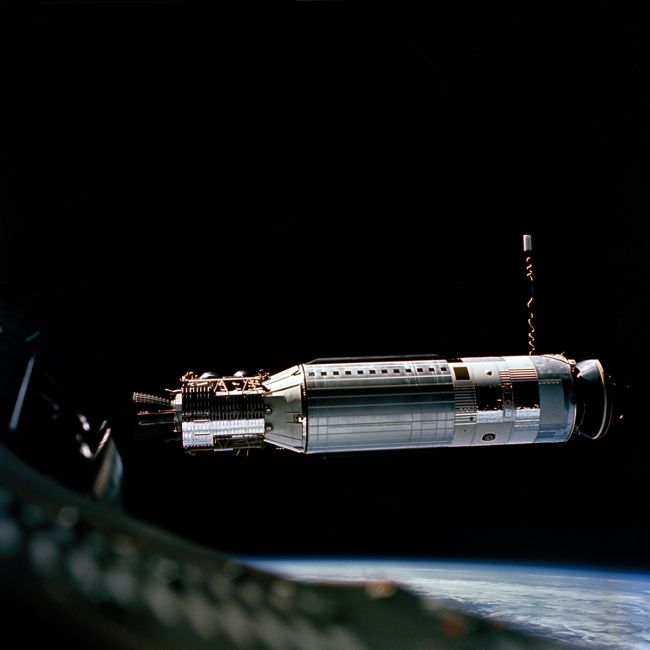 A view of the Agena rocket from the Gemini 8 module

This year the watch world has had two significant 50th anniversaries. The first was the anniversary of the moon landing, an occasion after which Omega were forever able to lay claim to their Speedmaster being the first watch worn on the moon. Secondly, and more relevant to Tudor Collector, was the 50th anniversary of the snowflake hands, which I wrote about in some detail here on Bulang and Sons. But getting back to the moon landing anniversary, the world will forever link that first lunar walk with Neil Armstrong and watch lovers will always see the Omega Speedmaster as the moon watch. The moon landing was the result of a long programme of research and testing. However, one significant episode could have led to the end of the United States moon landing project three years before it ultimately happened. And the Tudor Submariner is central to the story. Today we take a look at the vital role the United States Pararescue divers played in the success of the US lunar landing. 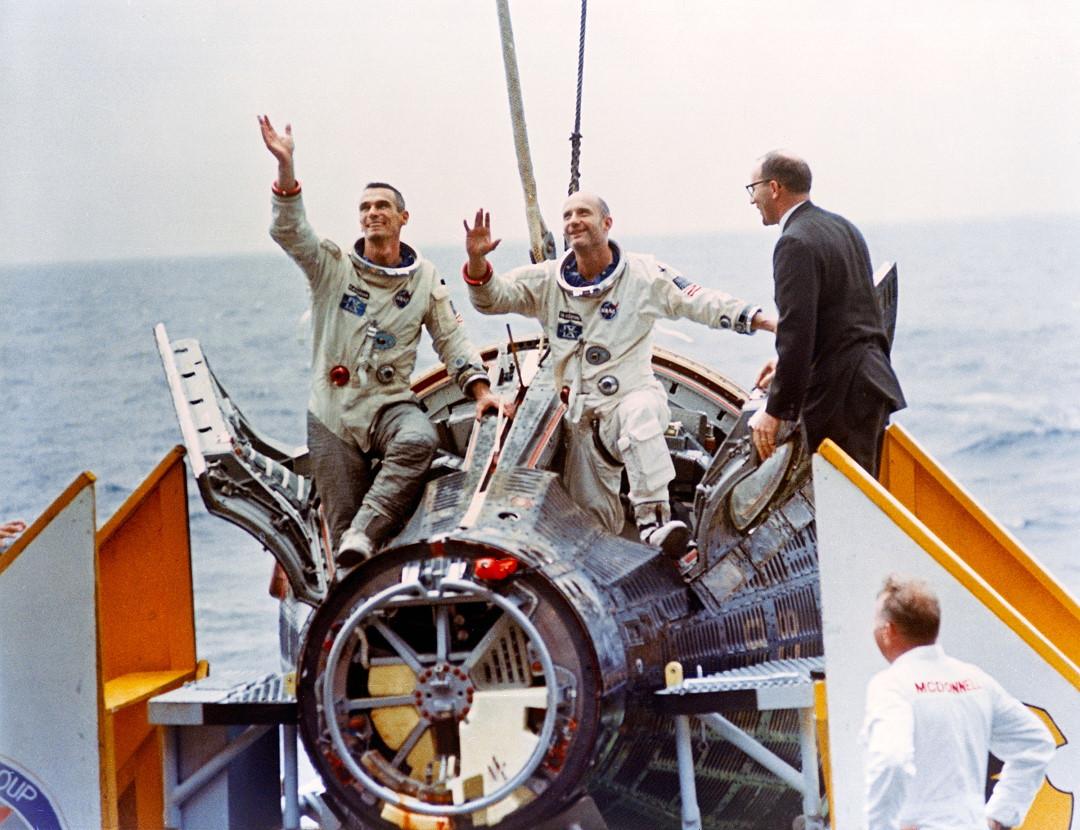 “We have a serious problem here!”

These were not the words that anybody wanted to hear from astronaut David Scott from the cockpit of the Gemini 8 space module in March 1966. Three years prior to the successful lunar landing Neil Armstrong and co-pilot Scott piloted the Gemini 8 module up into space and successfully docked with the Agena rocket. The episode was actually one of the highlights in the Ray Gosling movie First Man. All was good and the celebrations at Houston were in full swing as the astronauts entered a radio transmission ‘dead spot’. Things took a sinister turn however and as the astronauts came back into radio contact they were in a deadly spin, having detached from the Agena. They were close to black out as the module passed the speed of one-revolutions-per-second and were seconds away from unconsciousness and certain death. Armstrong’s quick-witted use of the re-entry thrusters eventually stopped the deadly spin, but used up 75% of the remaining fuel. They were left with only one option – a crash landing into the sea. And Tudor made sure the rescue team was on time… 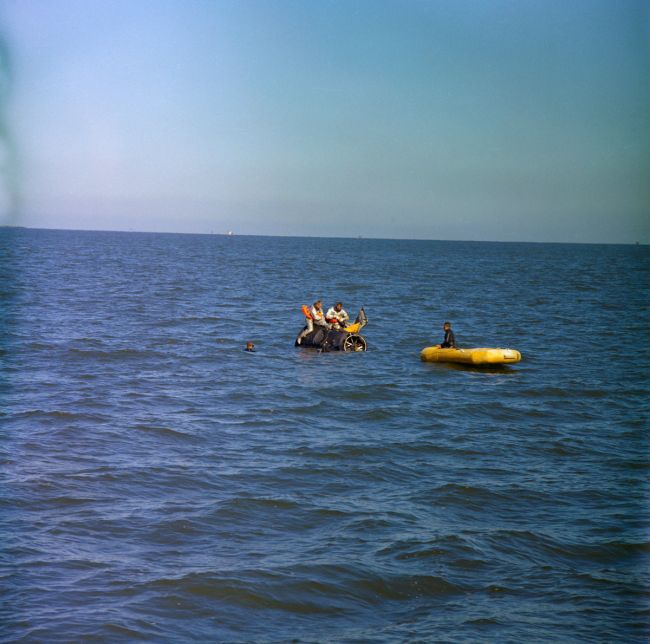 The Pararesue service was an elite Air Force unit. The requirements for its members were that they must be qualified parachutists, medical technicians, SCUBA divers, mountain climbers, survival experts and firefighters. These were elite troops and they were dispatched to both rescue the astronauts and recover the Gemini module. The three troops who undertook the rescue were Staff Sergeant Larry Huyett (the mission leader), Seaman First Class Eldridge Neal and Seamen Second Class Glenn Moore. The three were on a routine training exercise in their plane when the call came trough and they were dispatched to the expected crash site. On arrival they jumped from 1000 feet into the sea near the Gemini 8 module and then the inflatable raft to secure the module and their own life raft was thrown down on the plane’s second pass. The USS Leonard F. Mason had also been dispatched but had a three-hour journey to rendezvous with the astronauts and Pararescue team. 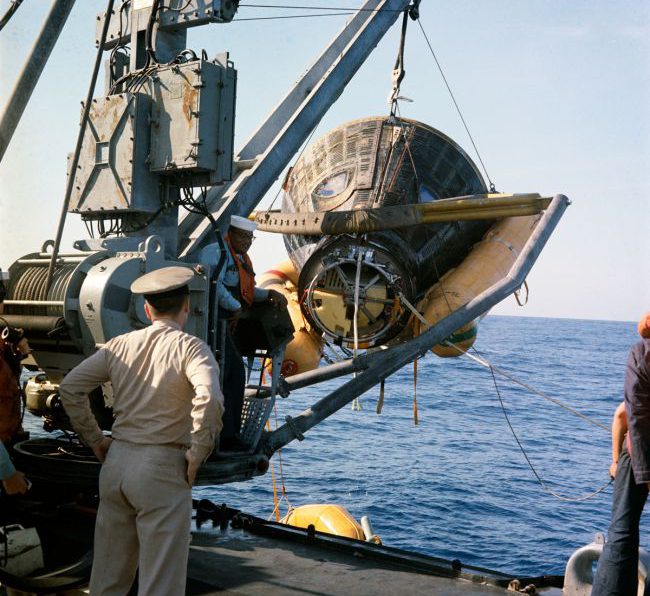 the Gemini 8 module being loaded onto the deck of the Destroyer-class USS Leonard F. Mason 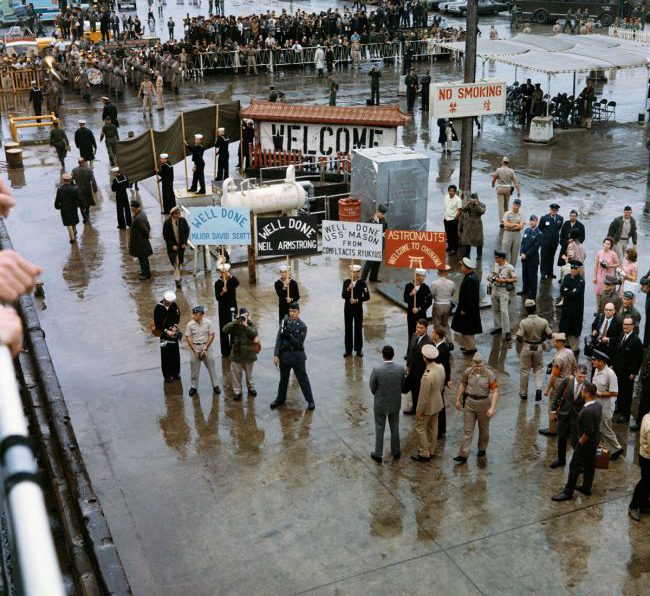 A heroes' welcome for the Pararescue Team and the NASA astronauts 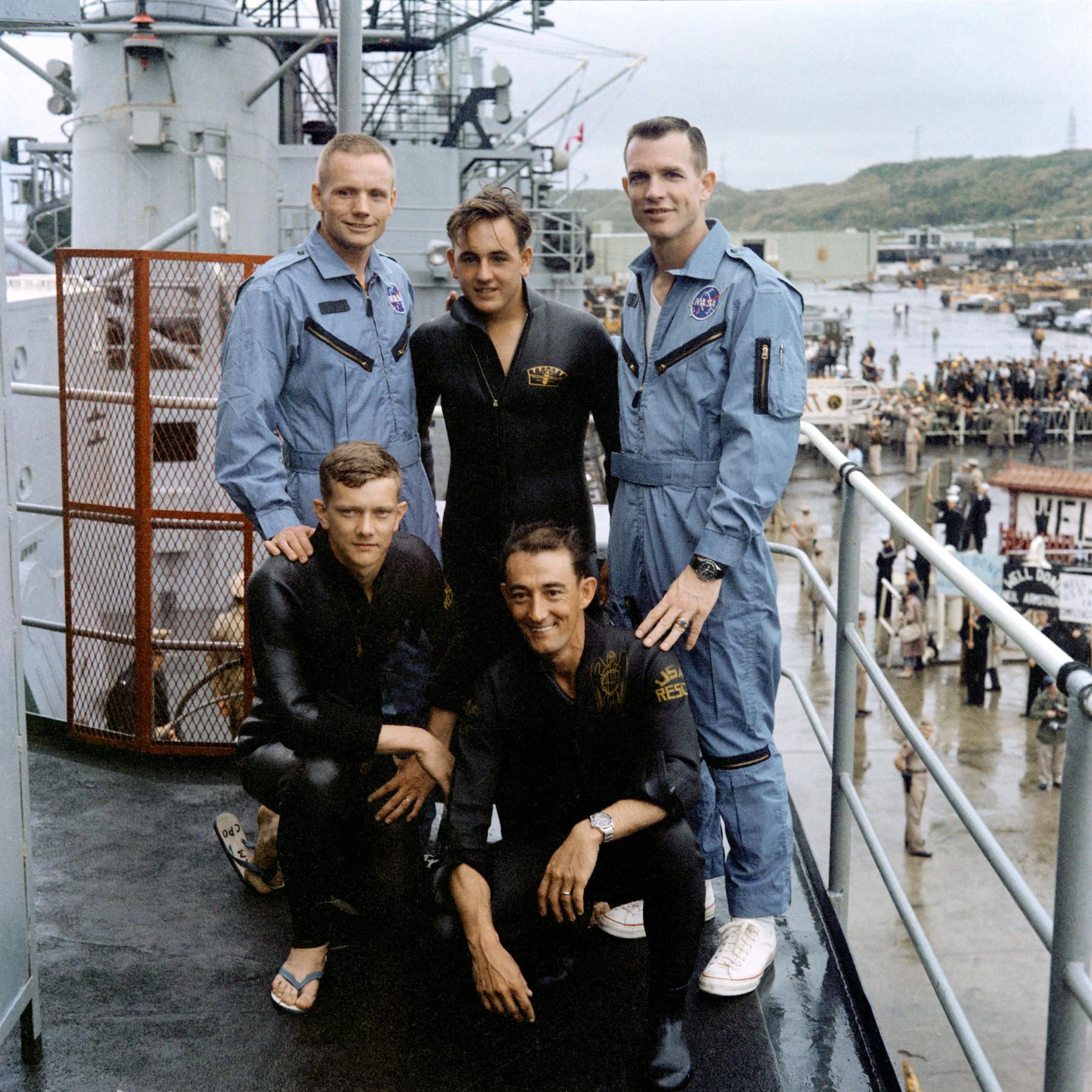 The Pararescue Team with Armstrong and Scott

The Pararesue team were all issued Tudor Submariners as part of their dive kit, as per United States Navy protocol at the time. The divers would have trained with the navy for the SCUBA part oftheir work and so were eligible for a standard issue Navy dive watch – at that time the Tudor 7928. So far we are aware of three that have surfaced.

The first belongs to retired Air Rescue Service member “Ray” who showed his watch on The Military Watch Resource (MWR). He was issued the watch and in his words, “I served in the USAF from 1962 through 1966 and was in the Air Rescue Service. During that time, all Pararescue personnel that were on jump and dive status were issued the 7928 as their standard watch. My best friend was a Pararescue troop and knew how much I admired these watches. He very conveniently lost his during a water jump one day and was issued another to replace it. That “lost” watch ended up on my wrist and I still own it today. I had the last four digits of my Air Force serial number engraved on the back. The watch was stolen (but was) later recovered. The thief had removed the inscription from the case and made a mess of it.”

The watch is serial 4005XX and the caseback is dated III/63. Ray had the watch restored and here are the pictures. 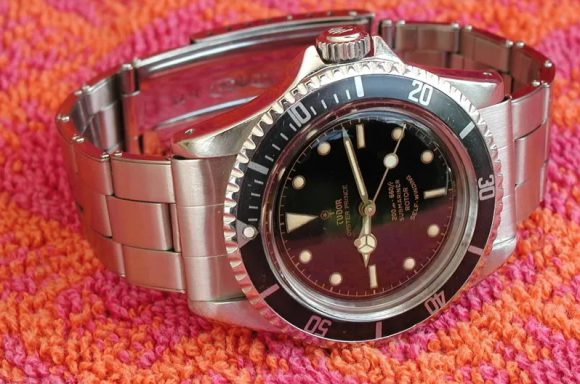 Ray's Pararescue 7928 that was issued to his friend and given to him whilst in active service in the Air Force. 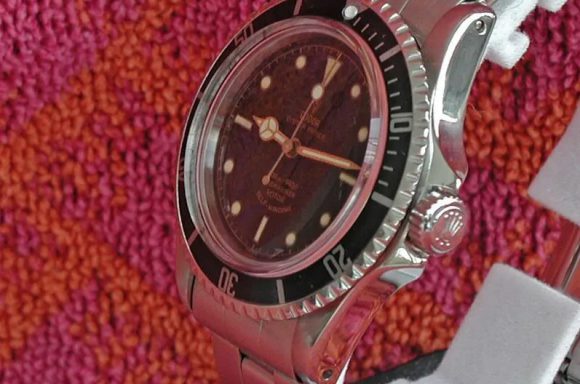 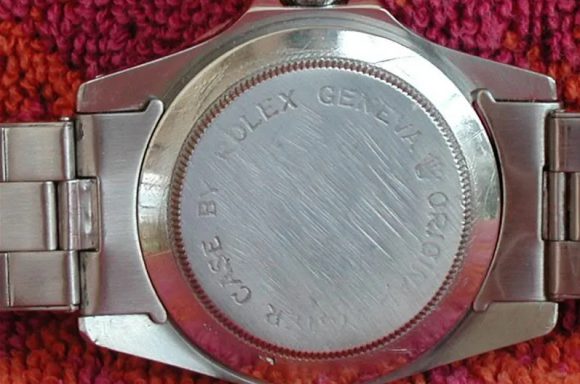 The original caseback engraving (done by Ray) was removed by a thief of the watch - but its part of the story!

The second watch in question was also shared by “Ray”, this time on The Rolex Forums seven years after he had shared his own watch on MWR. This one belongs to his best friend “Clint” who was a serving member of the Pararescue Service and was issued the watch as part of his issued equipment. “One would have to know that all Para Rescue personnel back then were issued Tudor Oyster Princes. I also had one which I sold about 8 years ago. There are still some others that we were stationed with that would be glad to verify that these Tudors were, in fact, issued to the Para Rescuemen. A main reason they were issued these watches was because they made jumps into water to place the collars onto the original Gemini capsules when they landed in the ocean and needed waterproof watches. On the salaries we made back then (about $180 a month for an airman 2nd class) we could never have afforded to buy one!” 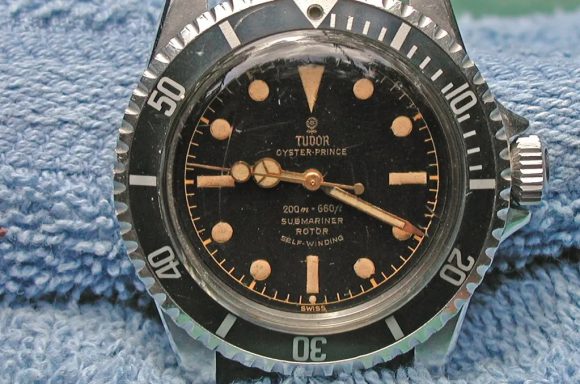 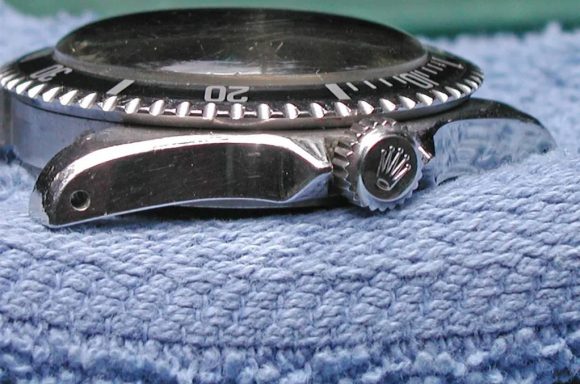 The pointed crown guards and the original 700 twin-lock crown 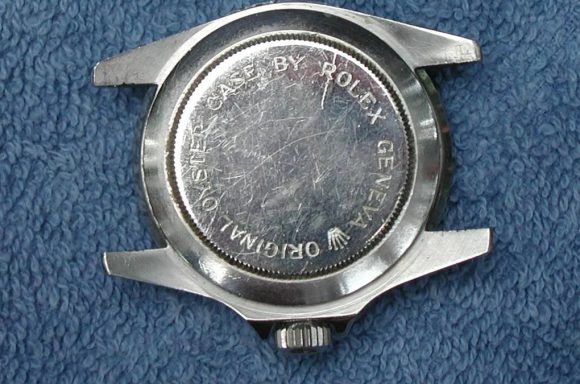 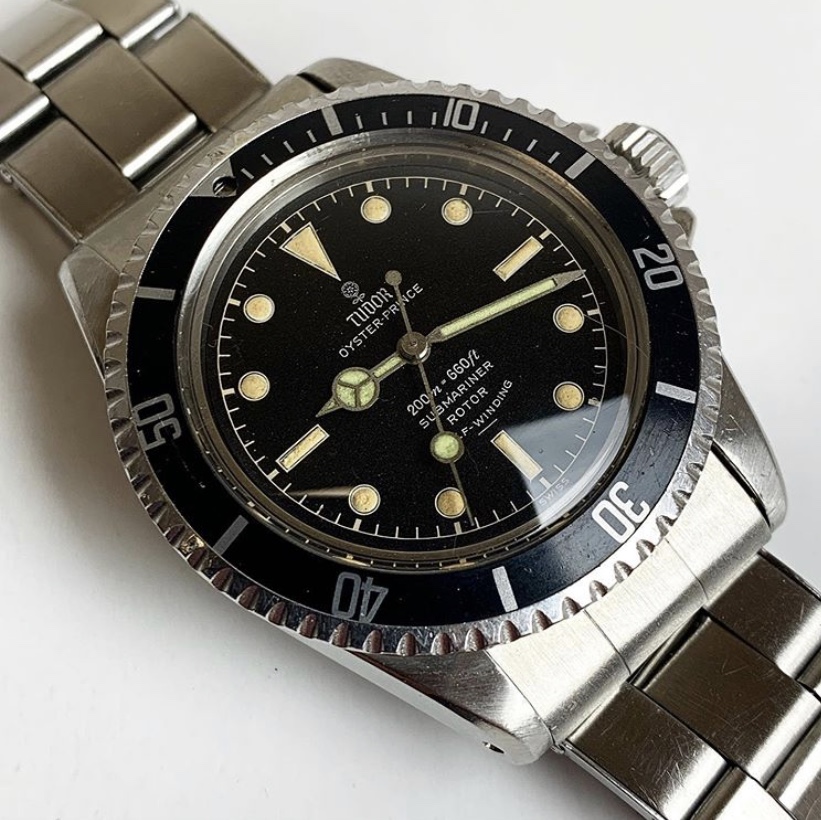 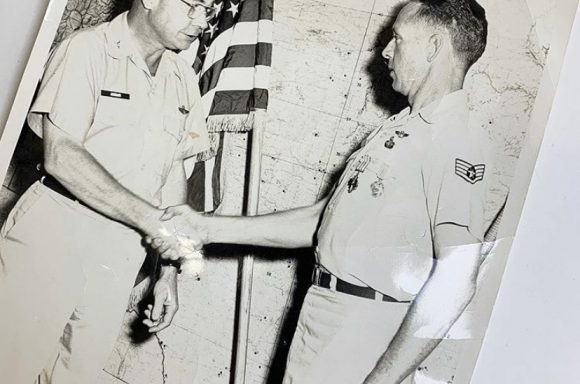 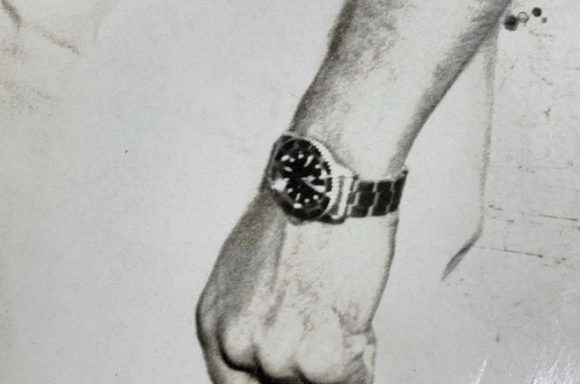 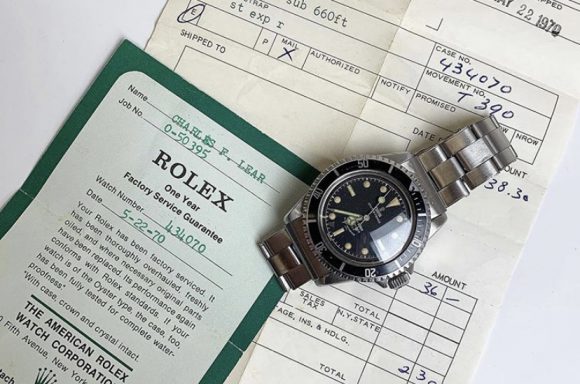