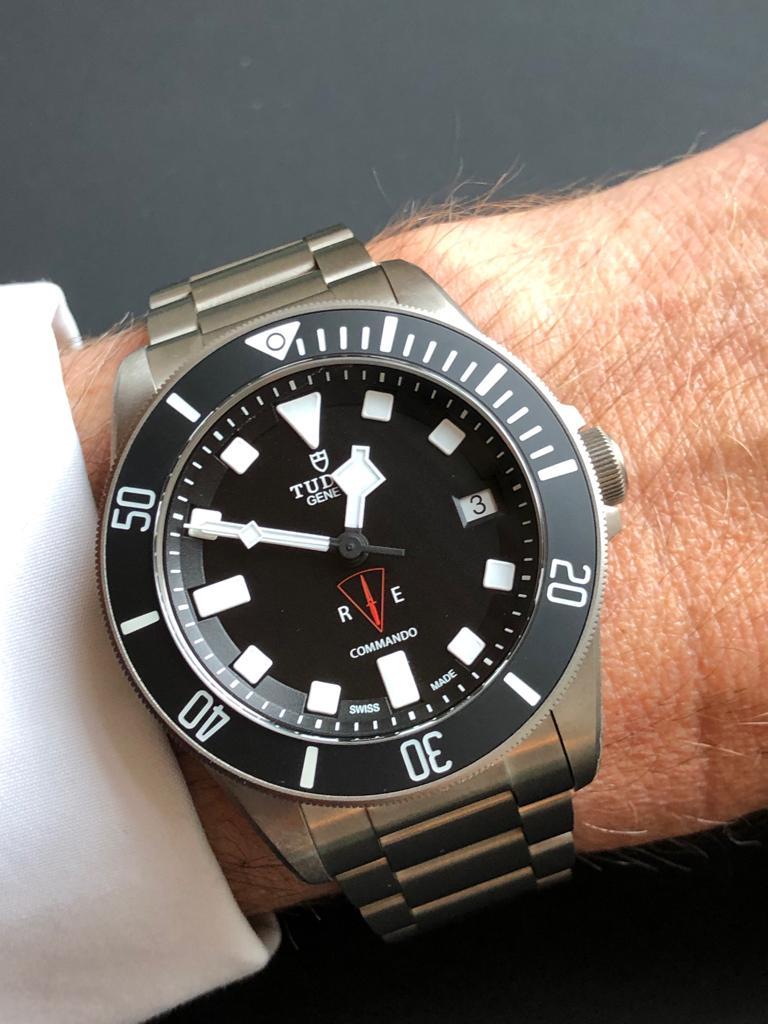 We are delighted to be able to offer an exclusive look at a special edition Tudor Pelagos that was commissioned exclusively for serving members of the Royal Engineers Commandos in a limited edition of 59 pieces...

There is a rich history of Tudor (and Rolex) watches being produced with emblems or insignia on the lower half of the dial. There are a great number of vintage Rolex pieces with branding on the dial and two examples from Tudor are the Cotton Bowl watches and the Phillipines Airline Oysters. This tradition has been revived by Tudor in recent years, with a number of interesting dials on Black Bays including the State of Qatar, an American ice hockey team and of course the watch we reported on a short while ago, the Royal and Specialist Protection Unit Black Bay blue.

Watch collectors have an obsession with military pieces, that reaches levels often not seen in other areas of the hobby. Military Submariners from both Tudor and Rolex are arguably the most coveted, alongside watches from other brands including Omega Seamasters and a range of military issued chronographs. The most recent specially commissioned Tudor is a collaboration with the British Royal Engineers Commandos. The unit’s iconic insignia is used on the dial and the motto ‘United We Conquer’, as featured on the Commando Memorial in Scotland, is engraved on the case back. 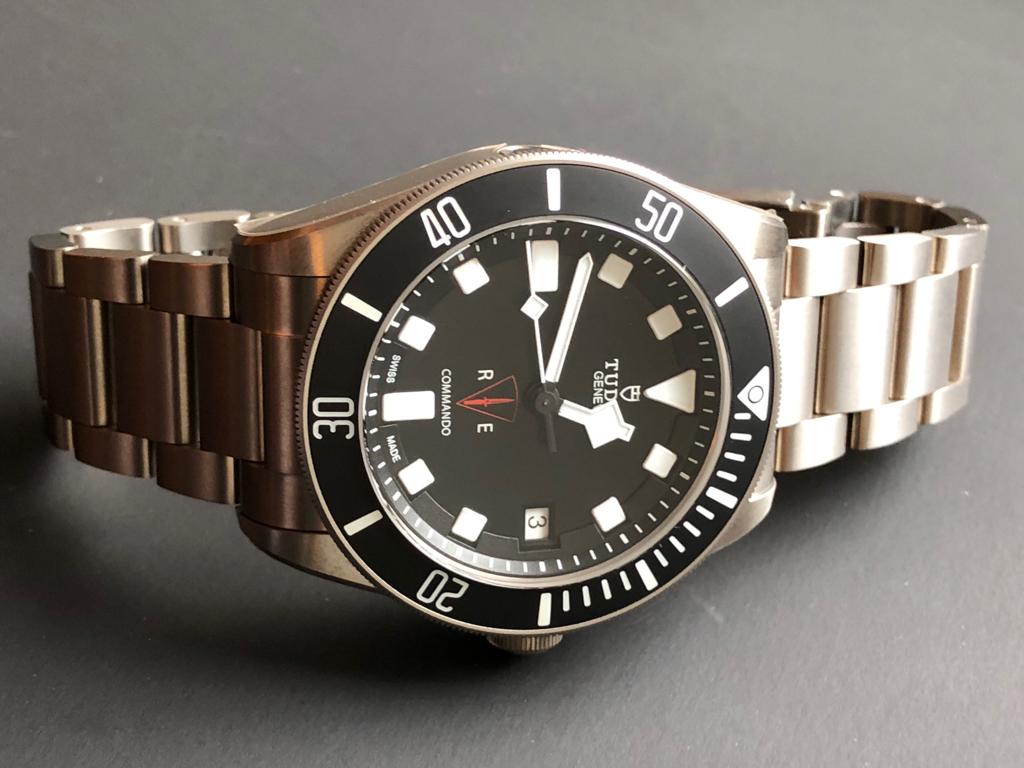 The REC Pelagos with Insignia in the lower half of the dial. 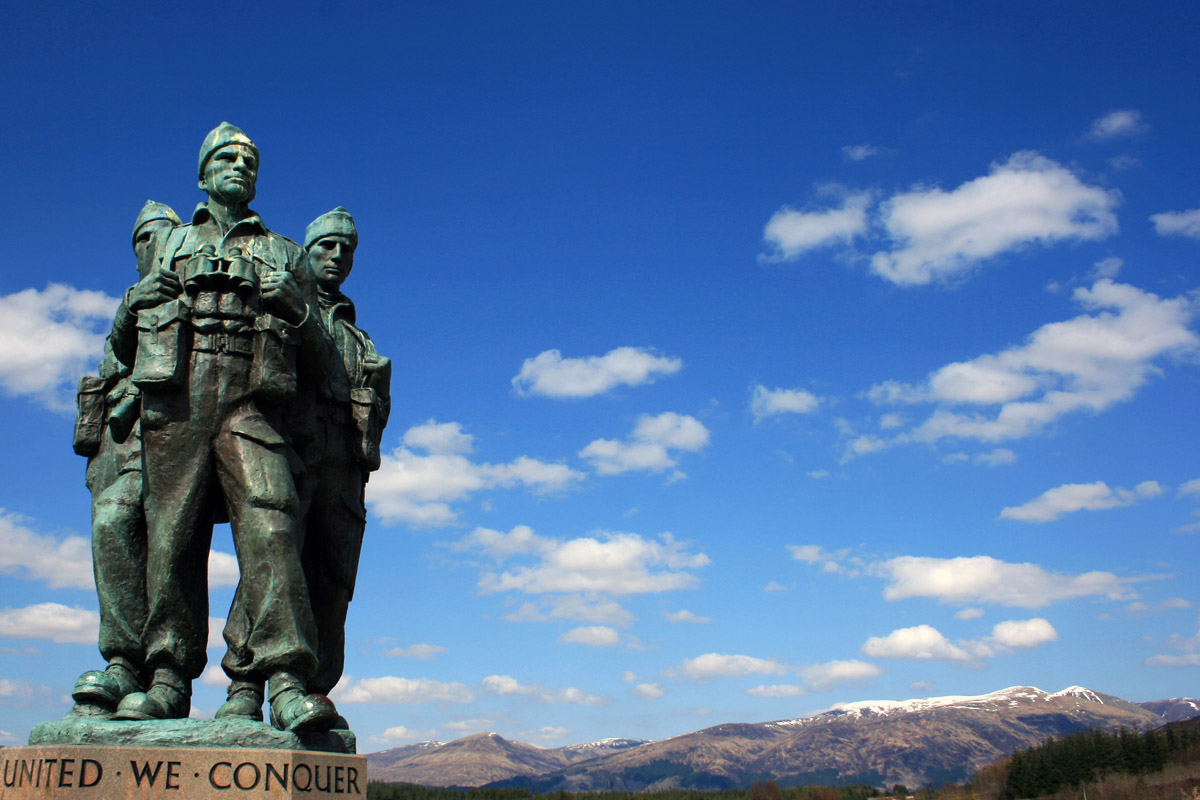 The Commando Monument in Scotland featuring the motto 'United We Conquer'

Engraved case backs are a fascinating of military watches and each one of the 59 REC Pelagos watches has the motto, ‘United We Conquer’ on the caseback along with the Commando’s service number and the individual watch number out of 59. The REC Pelagos case back

The Army Commandos were established by Sir Winston Churchill during World War 2. Churchill stated that the force should be “prepared with specially trained troops of the hunter class, who can develop a reign of terror down the enemy coast”.

The REC’s insignia is the Fairbairn Sykes Commando dagger and members of the Corps are issued the coveted Lovat green beret, a colour that is now internationally regarding as an indicator of elite units. the American SFOD-D (Delta Force) use the same green as a result of working alongside British Commando’s during WW2. The British Commandos spawned the original British military parachutists (now the Parachute Regiment), the SAS, and SBS. 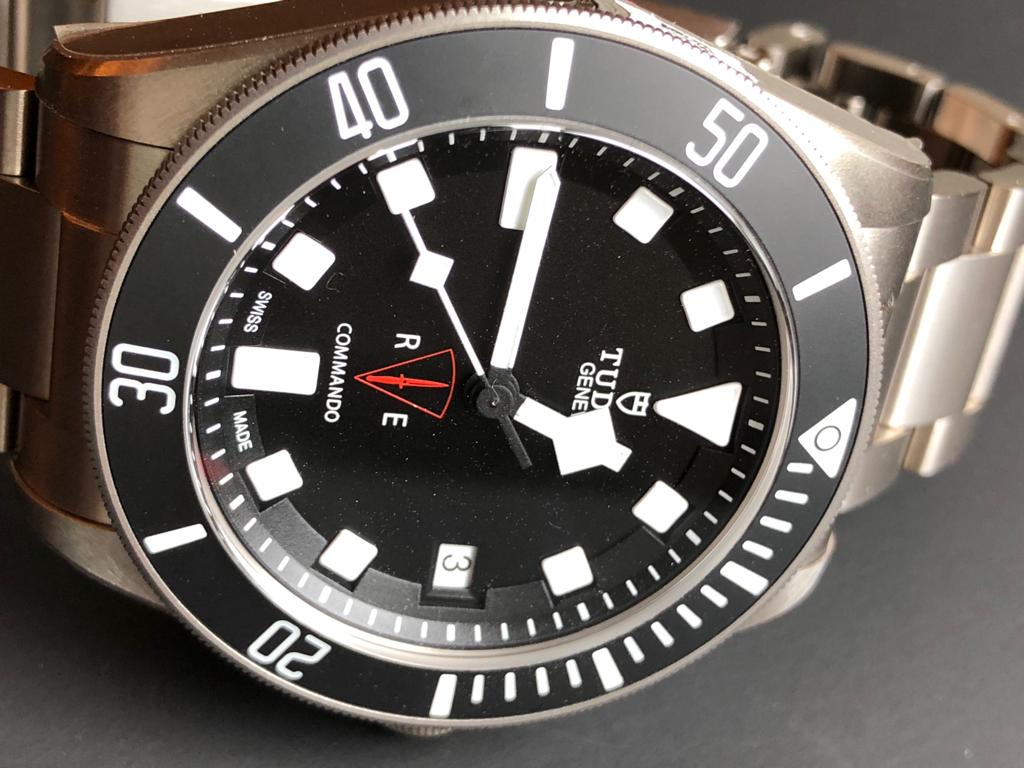 A close up of the dial insignia