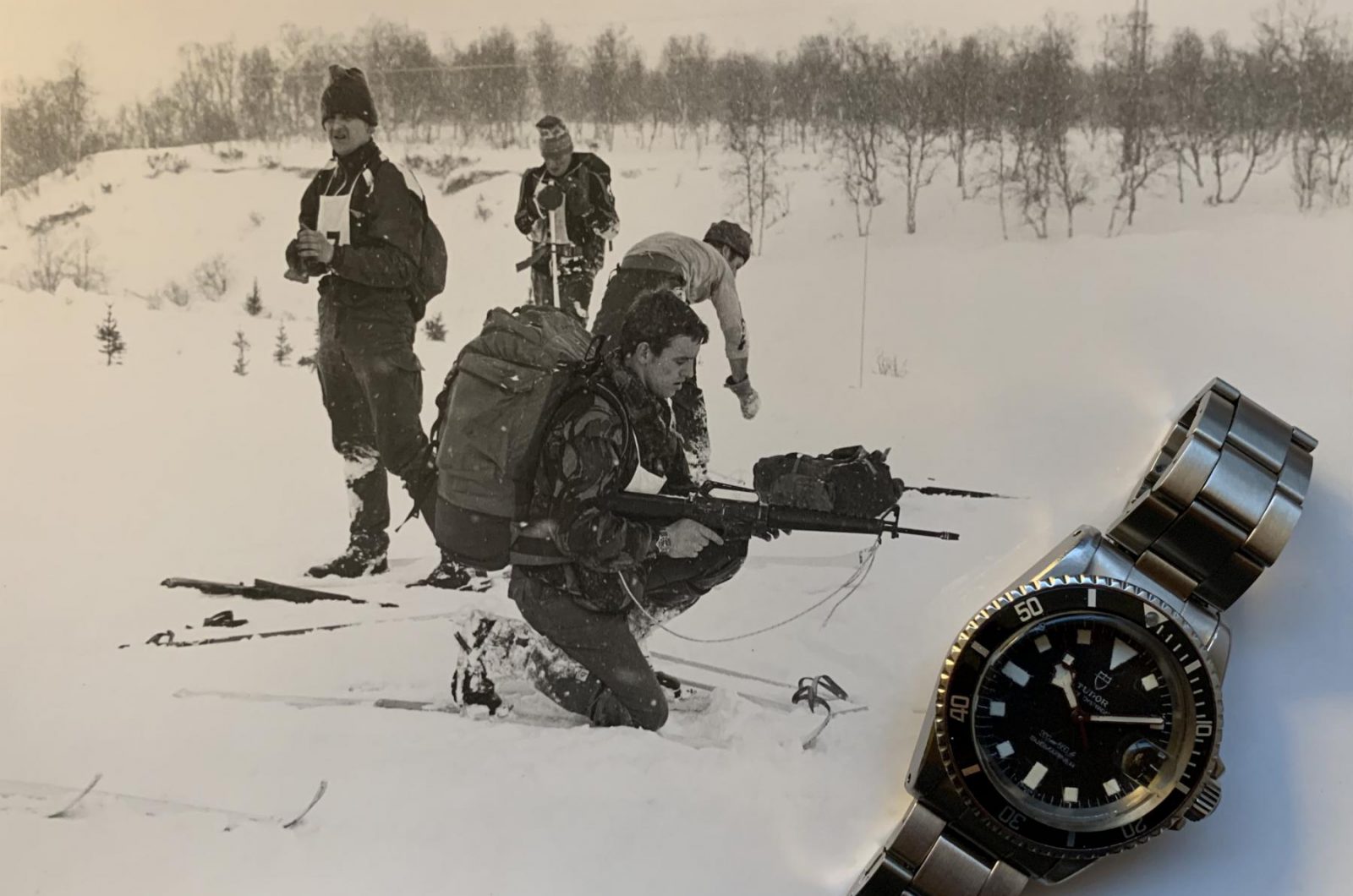 Our story begins in 1971, when a young man joined the Royal Marines. To celebrate passing his training he bought a Tudor Submariner which he wore constantly for many military missions until 1987... 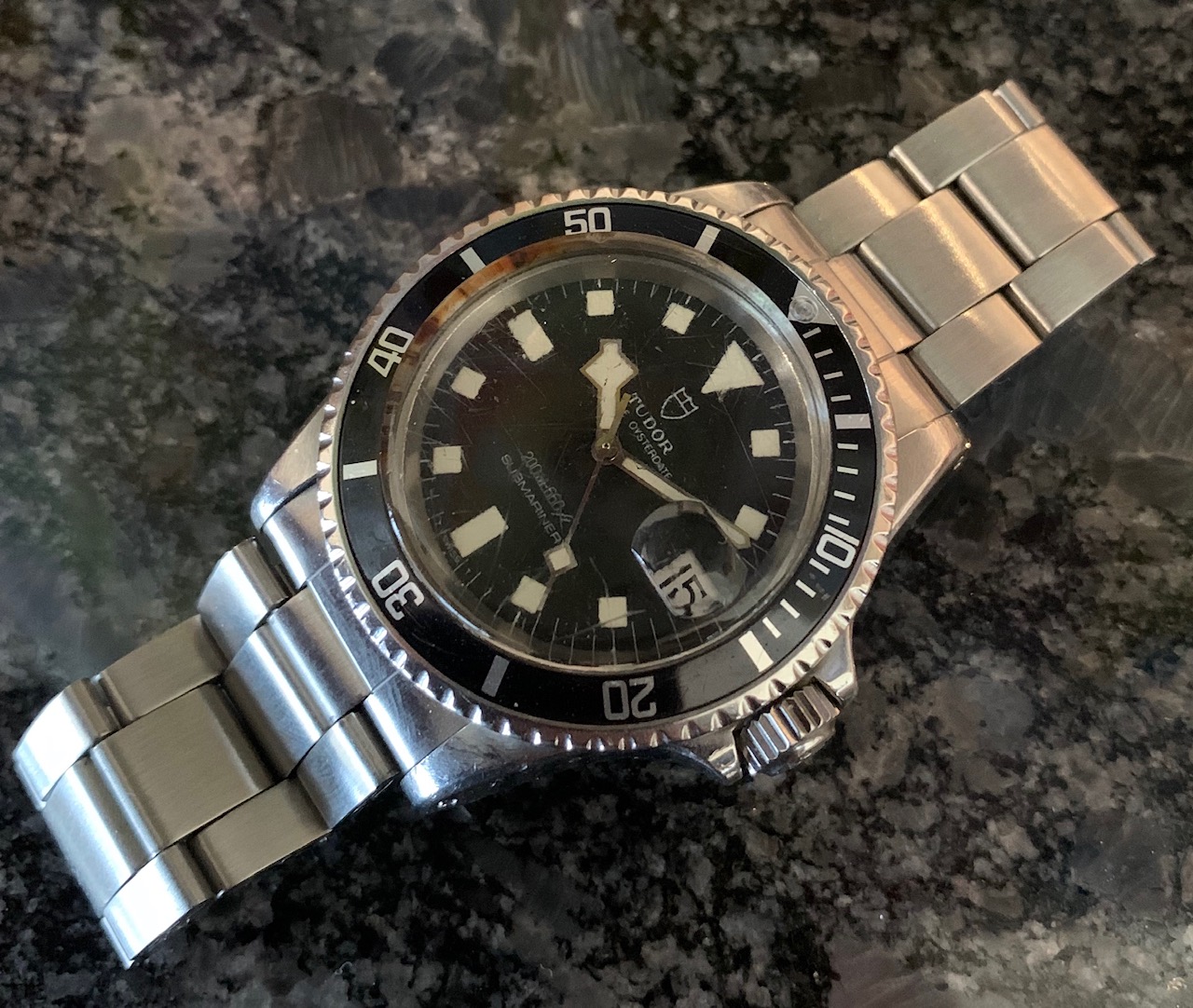 A Tudor Submariner reference 7021. Purchased in 1973 and then used all over the world in a number of military scenarios

Hans Wilsdorf’s original vision for Tudor was a watch that had all the build quality and robustness of a Rolex, but at a cheaper price point. This made it the perfect choice for those who were looking for a watch that was good value and that could withstand serious use day after day. One such consumer was a young Commando, we’ll call him ND, who bought this 7021 Submariner Date as his wrist companion for numerous missions all over the world.

It was worn in water from the Arctic to the South Pole via the Arab states. “In 1976 I was posted to Malta, 41 Commando, I was there for the disbanding and closing down ceremony of St Andrews Barracks. Lord Mountbatten took the salute. I undertook Special Boat Squadron training in 1979 and successfully passed becoming a Swimmer Canoeist 3rd class. During this time I was sent to the Falklands Island, long before the task Force left the UK. I was a specialist in the early days of Signaller (Morse Code) and reported the location of various enemy sites on the main land as well as a submarine in South Georgia, Grtlviken. I was also part the team that took the surrender of the Argentine Special Forces.” 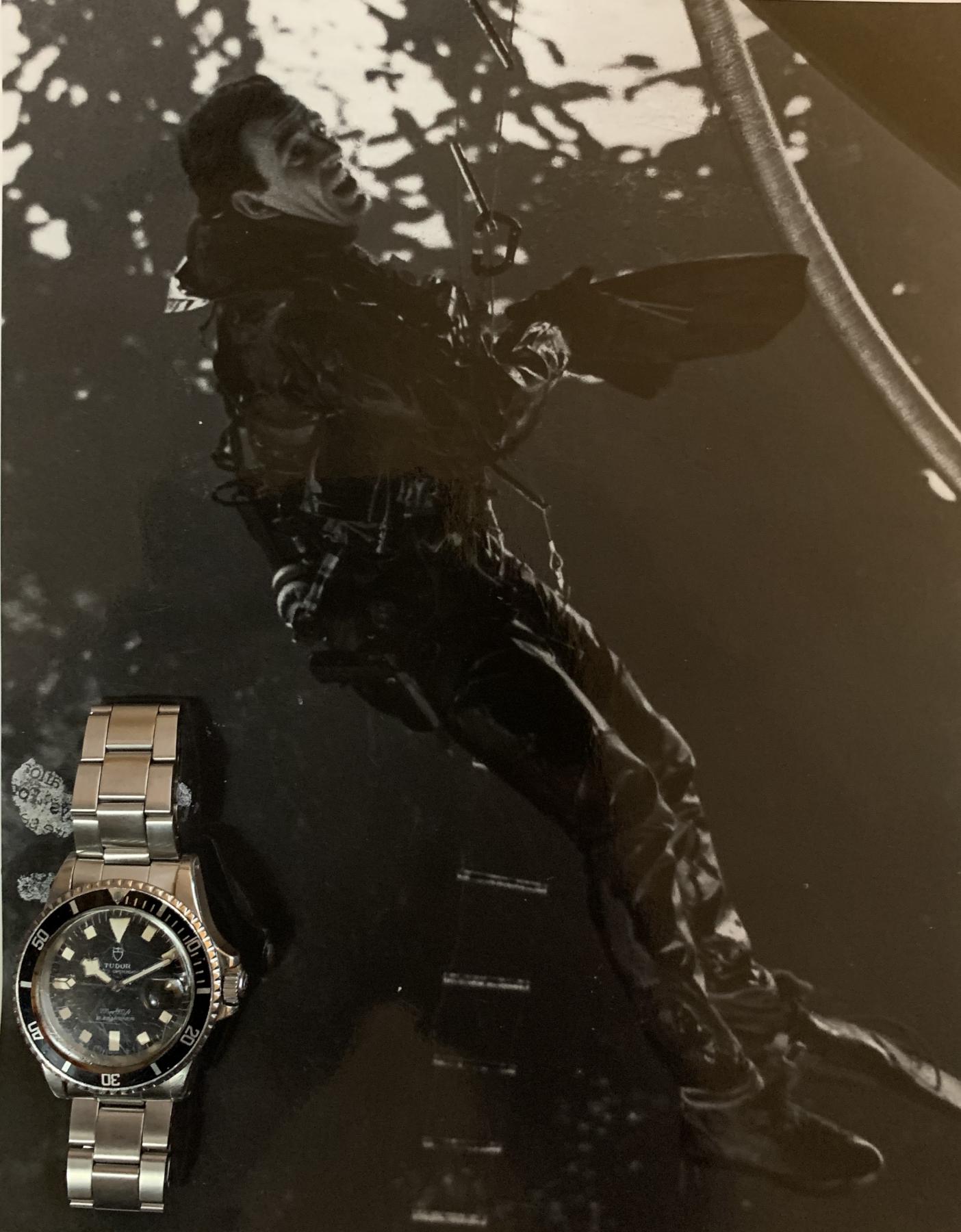 Eventually ND became an expert in Maritime Counter Terrorism. He undertook training dives on virtually every type of Oil Installation in the North Sea and gained an deep understanding of the structures in case there was ever a need to take down such an installation. “During this time we trained with the Navy diesel submarines. Some were fitted with five man chambers, exit and re-entry, whilst others were capable of Multi Release, where we would sit outside the submarine in the torpedo loading space, travel to drop off and swim to our targets.” 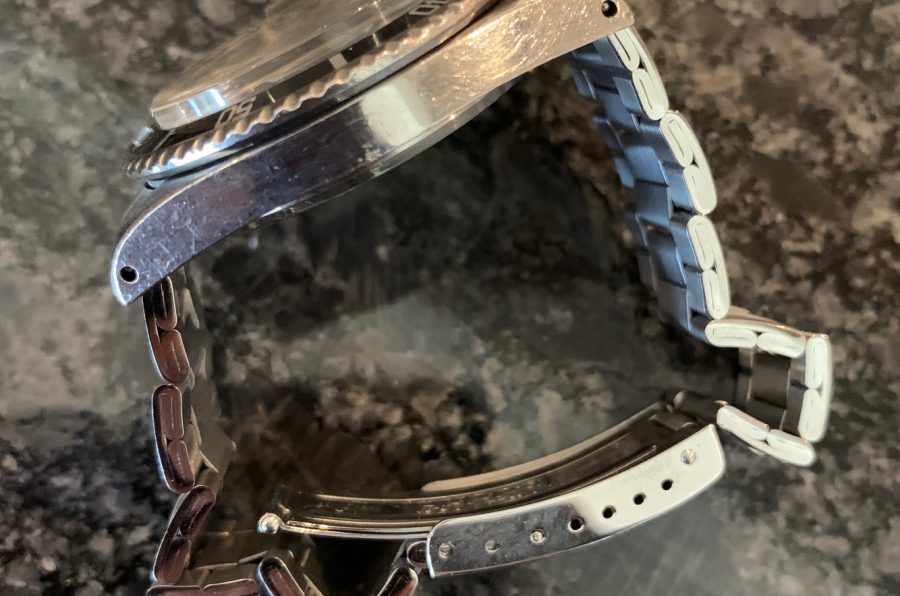 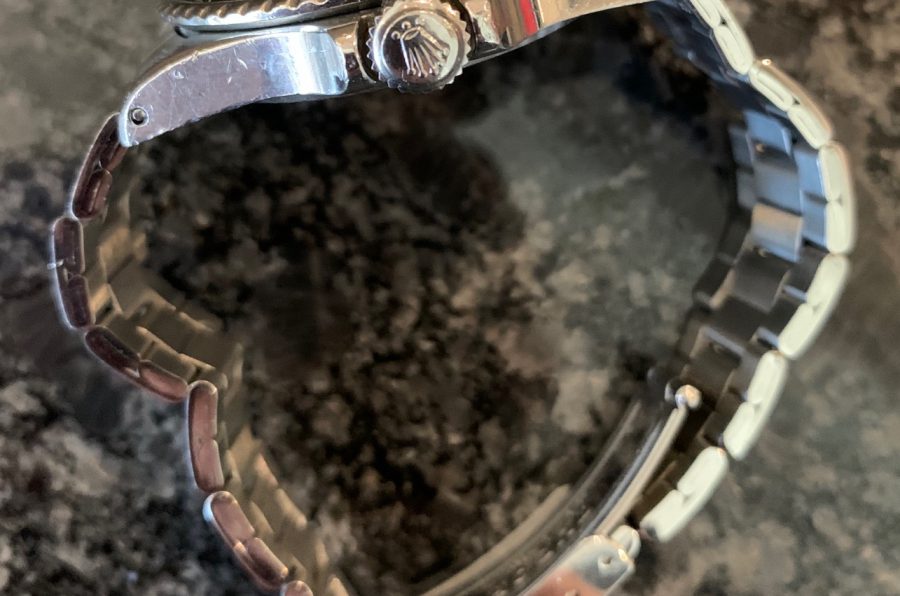 “Through the years I progressed up the promotion ladder and became a Swimmer Canoeist 1st Class SC1. I was qualified to and would supervise Mixture Diving as well as 02 diving.”

ND eventually served in the Special Boat Squadron (later becoming Special Boat Service). He was subsequently invited back in 2000 for a ten year period when the SBS used his specialist skill set for training.

The watch was recently acquired by a friend of mine, Oliver from Finding Time Ltd. I’m always amazed by the condition of these Tudors. Considering the life that the watch has led and the many underwater missions it was worn on, it has stood up well and remains a very wearable watch. And there is nothing more fascinating to collectors than a watch with a history! 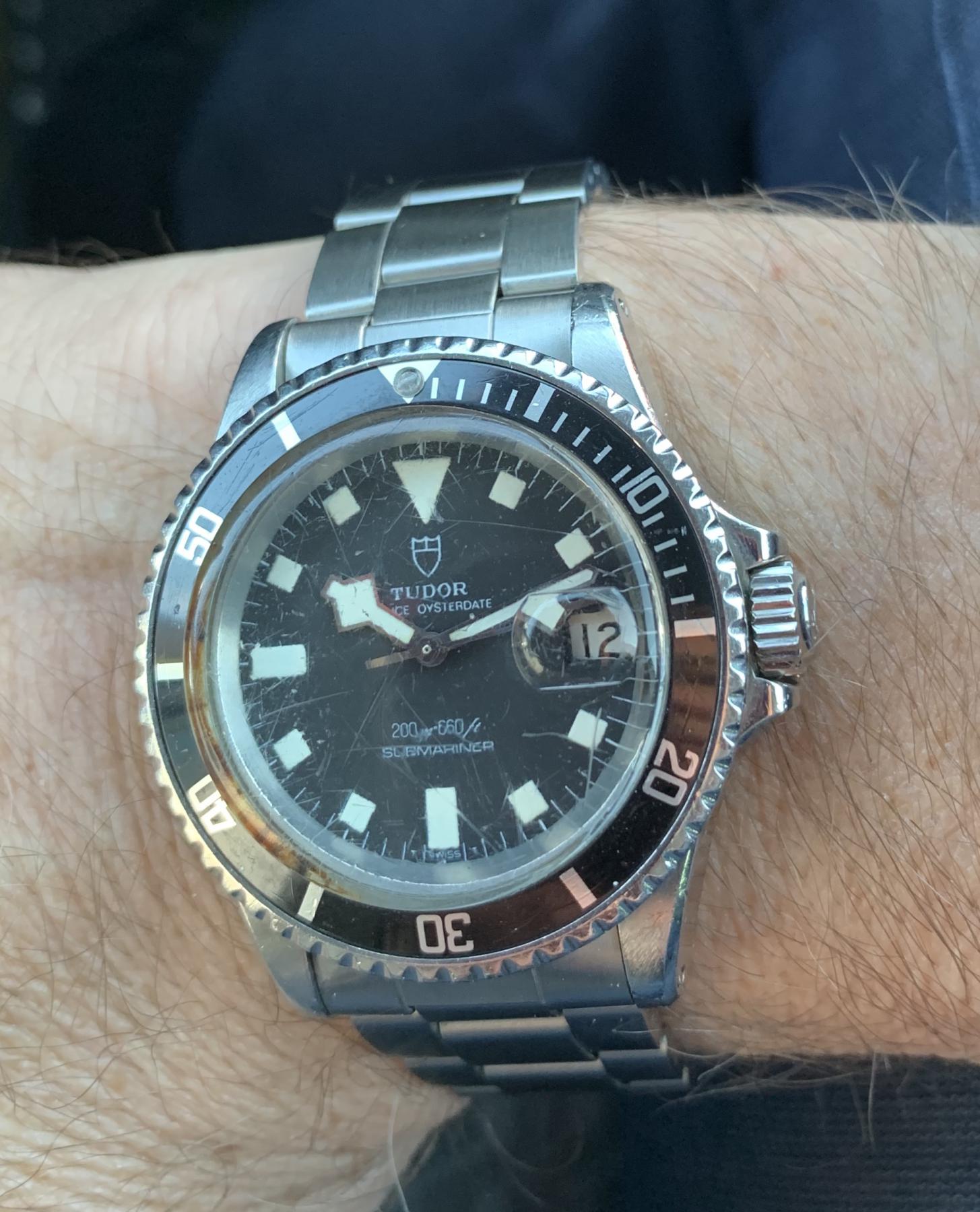