The reference 7923 Submariner was one of the most unusual dive watches... 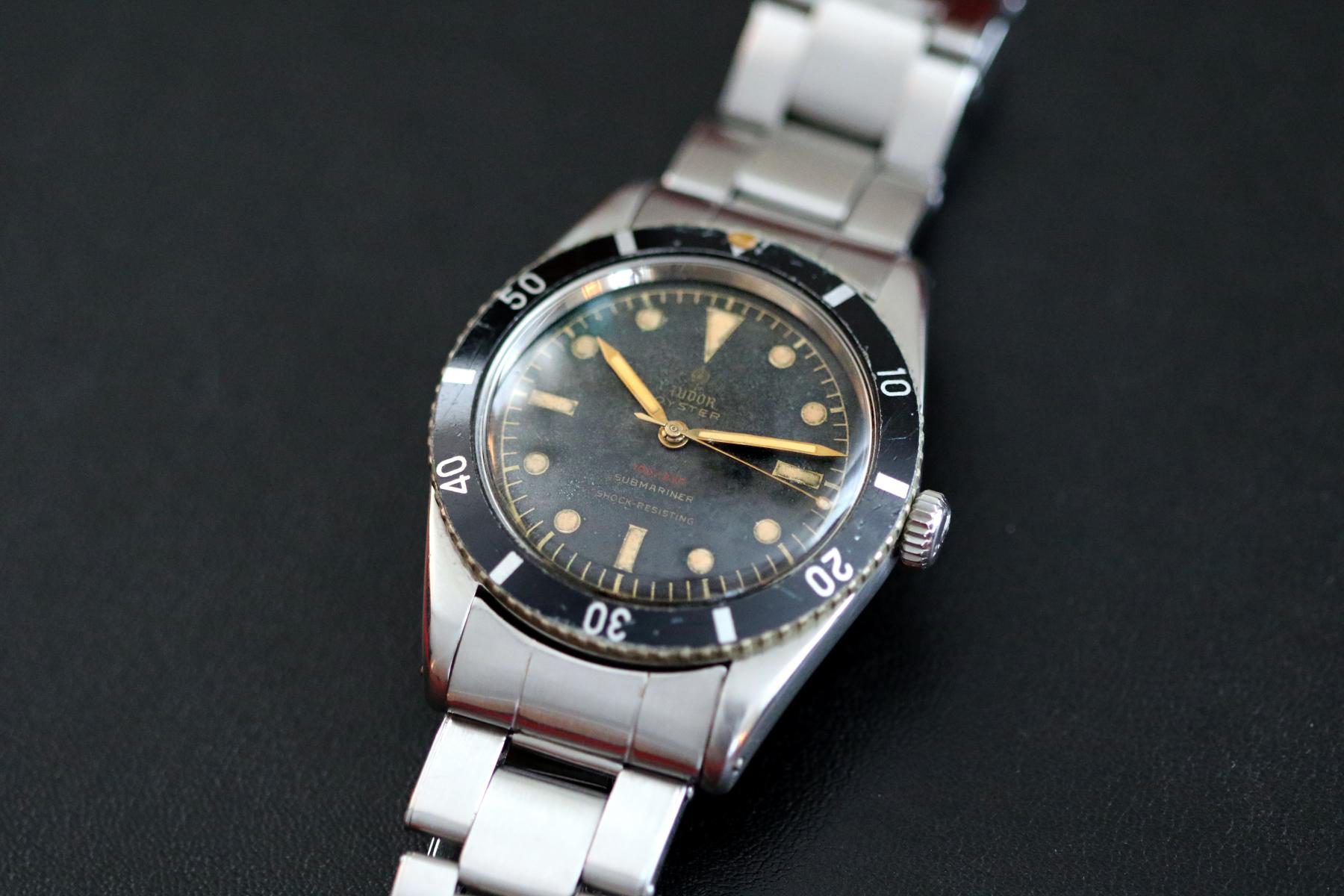 A super-rare 'Red Writing' dial 7923. Note the lack of 'PRINCE' and 'SELF-WINDING' on the dial and the bezel insert without hash markings between the triangle and 10 (click to zoom)

The Reference 7923 Submariner is perhaps the most unusual and baffling reference in the Tudor Submariner collection. It’s mere existence was for many years questioned, as collectors could only speculate as to why a manual-wind dive watch was produced. Only few have ever seen one. Until recently they were considered prototypes or “frankenwatches” however research has show them clearly described in Rolex/Tudor service catalogues, and grouped with the 7922 and Rolex 6536/1.

The characteristics of the watch are quite similar to that of the 7922 small crown. It has a manual wind movement. Cal. 1182 which is unique for this model. The movement has been an enigma for collectors over the years, but  the movement was actually an ETA based 10.5″ 1156. 1182 is assumed to being the internal tudor reference for the modified movement. 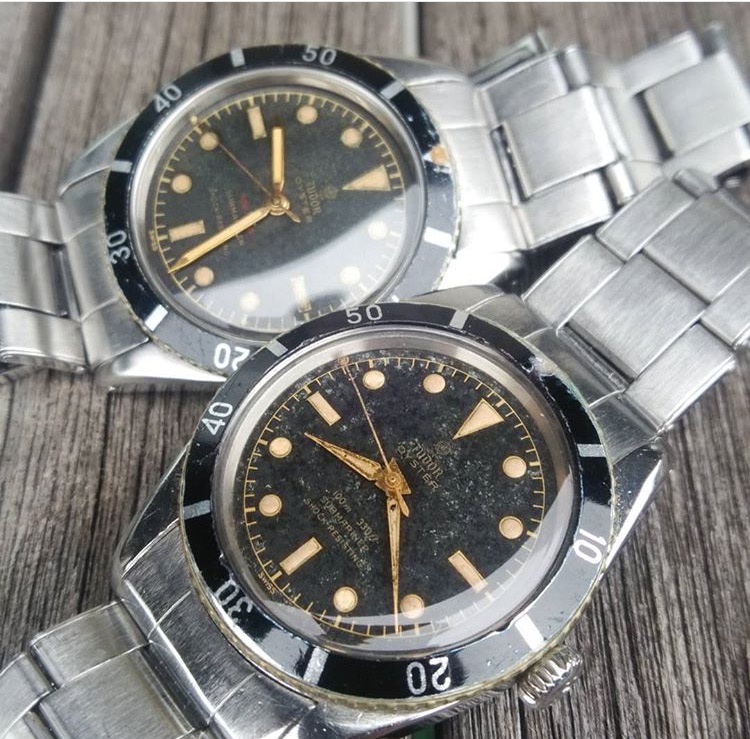 An incredibly rare pair of 7923s (click to zoom)

The most interesting aspect of these dials are the lack of PRINCE (which was Tudor’s word to signify an automatic movement – like Rolex’s PERPETUAL) and also the absence of ‘SELF-WINDING’ on the dial’s lower half. 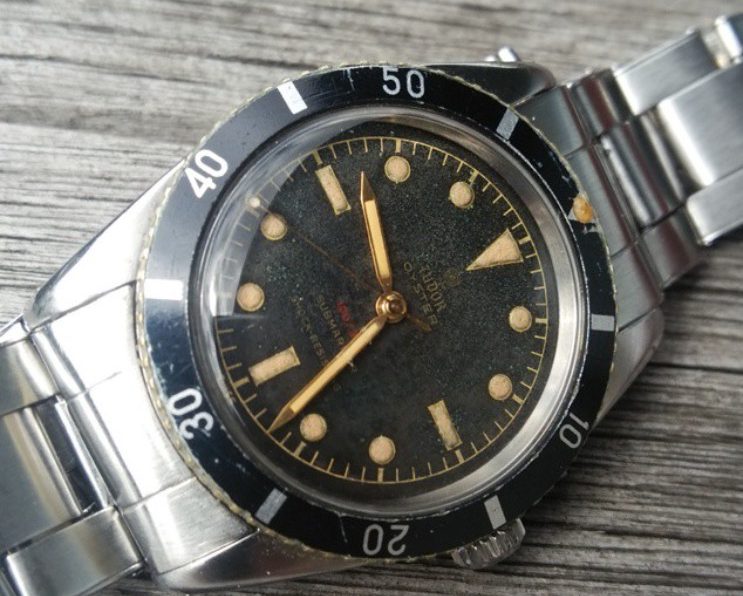 The rare red-depth 7923 with pencil hands (click to zoom) 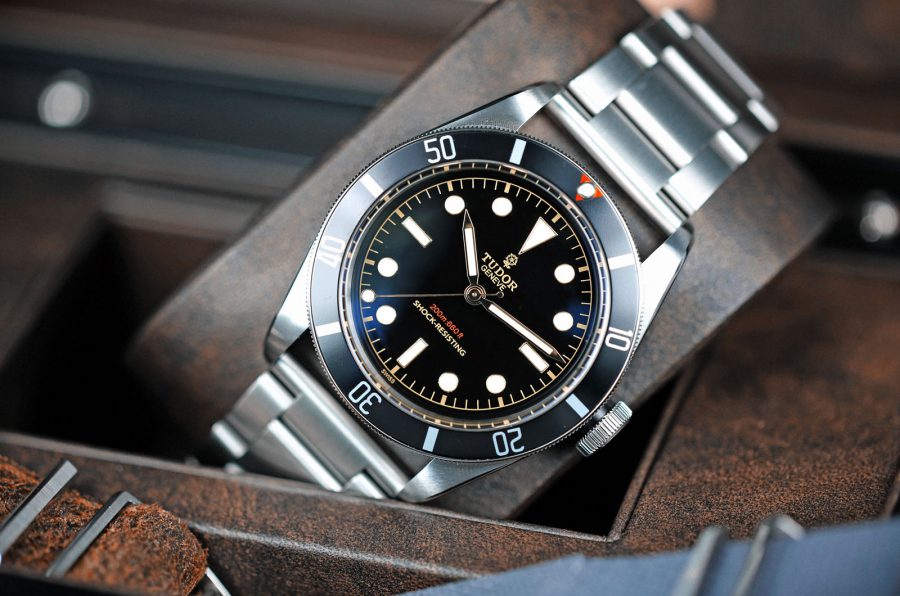 The 7923 was fitted with pencil hands, instead of the mercedes-pattern hands. The Only watch auction in 2015 featured a unique Tudor Black Bay, with reference 7023/001 which heavily borrowed the aesthetics of the original red-depth 7923. 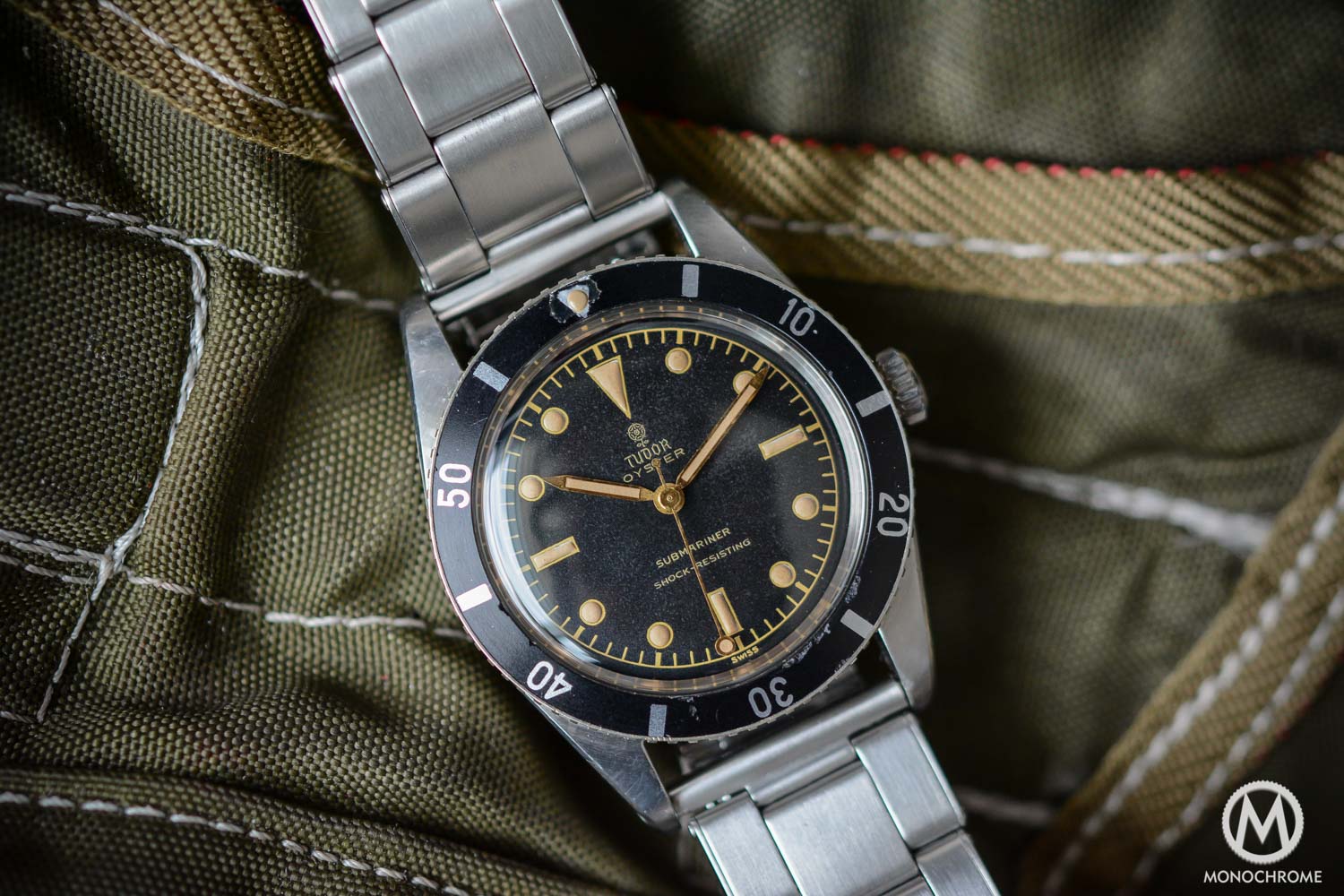 A 7923 from the Tudor museum collection. Note the seconds hand and clean dial layout (click to zoom)