The beginning of the Tudor Submariner saga, with the iconic reference 7922...


The earliest Submariner in the Tudor family is the Reference 7922. The 7922 is a special watch in many respects as it was Tudor’s first foray into world of dive watches and the beginning of the story for many passionate collectors of Tudor Subs. Tudor Reference 7922 was introduced in 1954.  The most striking aspect of these watches are the fact that they do not have any crown guards; the shoulders that sit either side of the winding crown.

The watches featured the modified Fluerier movement, named the calibre 390 by Tudor. It was a self winding movement that had a frequency of 18,000 beats per hour. Early versions, such as those seen in the reference 7922 were brass plated.

The watches were depth rated to 100m and featured gilt-printed black dials with radium hour markers and radium filled hands.

The bezels were bi-directional with a red triangle at 12 o’clock – similar to the Rolex Submariners of the era. 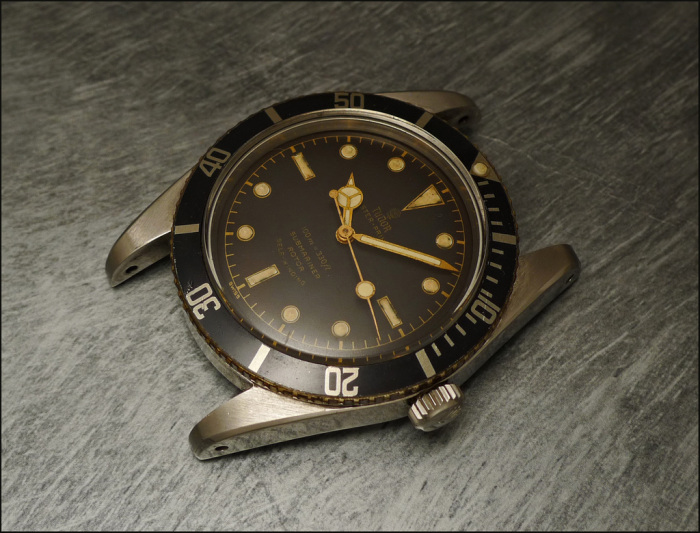 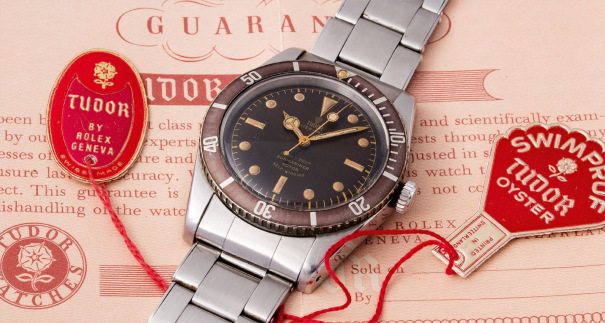 A 7922 full-set offered by Phillips Watches (click to zoom)

There has always been an interesting debate amongst collectors regarding the 7922 watches’ crowns. Undoubtedly the original release of the watch was a so-called ‘Small Crown’ watch, with a 6mm twin lock crown. For a long while, there was a partial theory that the Rolex and Tudor serial # ranges of the mid 1950’s were almost identical.

I believe that there is a reason for this however. It is a matter of record that Tudor worked with the French Navy, the Marine Nationale (MN) in the development of the Submariner. We know that the small crown of the Tudor 7922 was difficult for the divers to unscrew when wearing their gloves and so Tudor experimented with a bigger  crown.  These 7922 sport a 8mm Brevet “+” crown, the same as the one used on the Rolex 6200 and 6538 Submariners. The issue surrounding 100m vs. 200m dials is a long standing discussion amongst Tudor fans and collectors. I believe that most likely the 7922 dials were 100m dials and were put in modified Rolex 6538 cases, just for use by the MN. In the late 1950’s the 200m dials were introduced, but they were for the reference 7924 ‘Big Crown’ Subs. 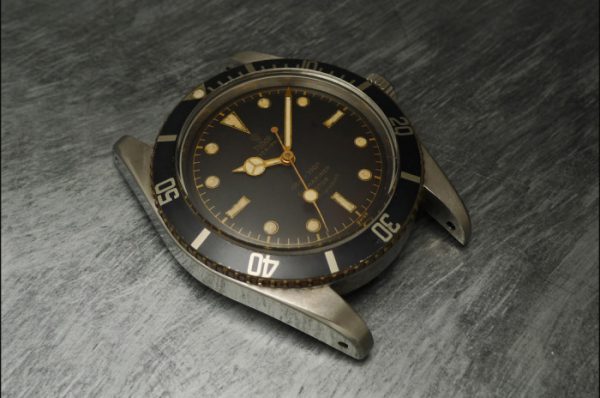 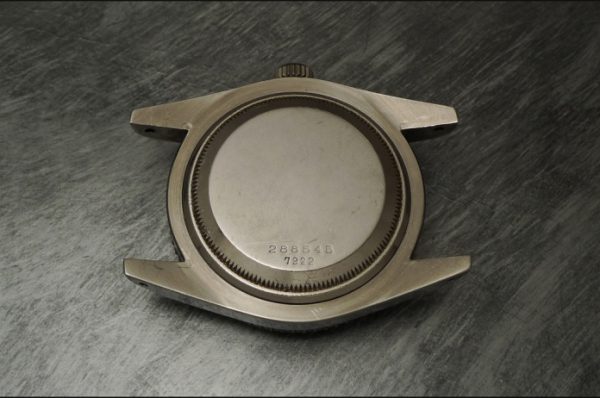 Serial and reference number are on the case back, not between the lugs as per later models (click to zoom) 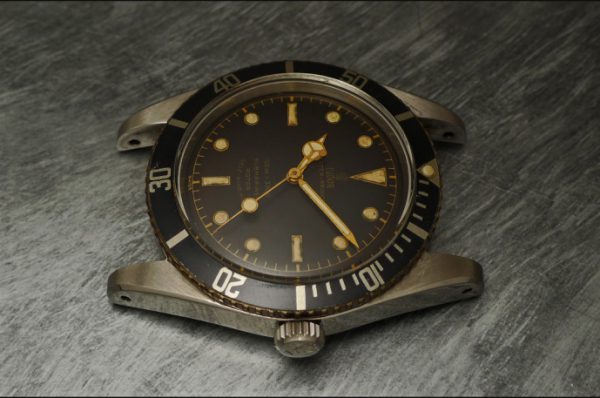 The 6mm crown and lack of crown guards (click to zoom) 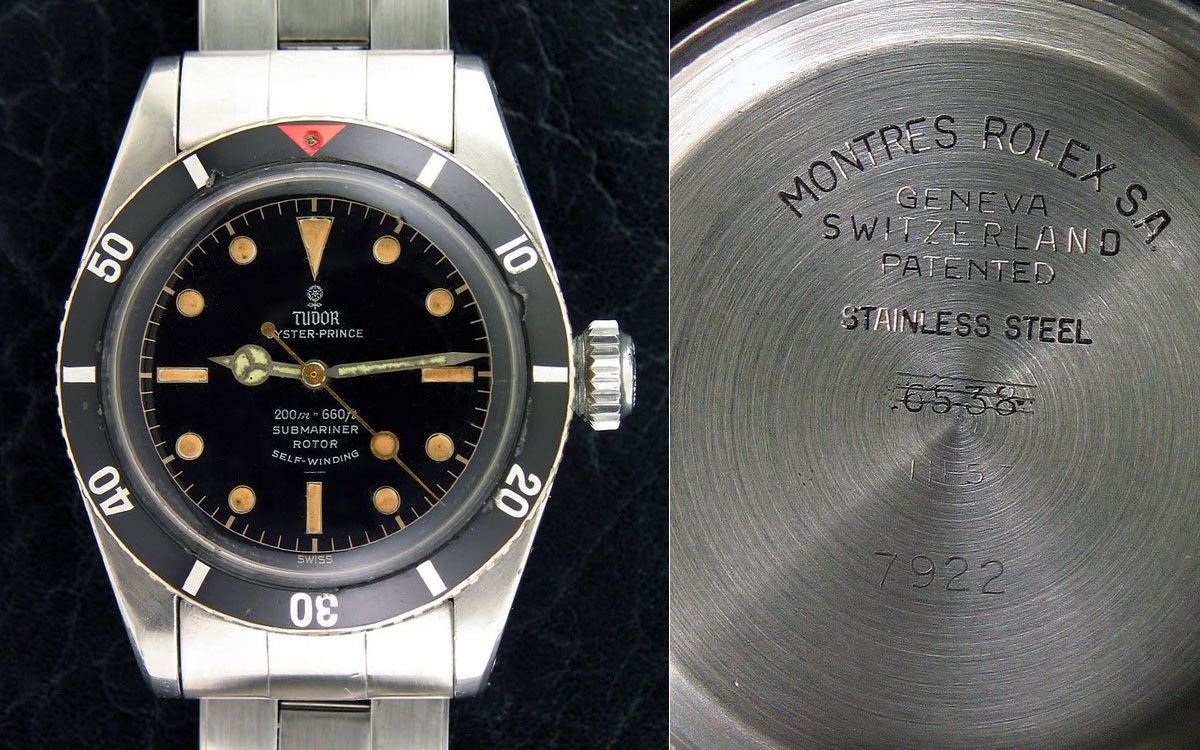