Introduced in 1976, the third series of chronographs saw Tudor take a big leap, in terms of innovation...

The introduction of the third series of chronographs was big – literally and figuratively! From now on the watches would feature automatic movements making the Big Blocks the first self winding chronographs from the Wilsdorf group – over a decade before Rolex introduced their first automatic Daytona chrono; the Zenith-powered reference 16520. This was a real coup for Tudor and put them ahead of other chronograph manufacturers of the era. It was precisely this new innovation that led to the name Big Block. The rotor of the self-winding mechanism meant that Tudor needed to redesign the watch case and make it deeper, hence the collectors’ term Big Block. In fact, until the introduction of the Seadweller Deep Sea, it was the biggest watch to come out the Rolex factory. The other big change that occurred with the Big Block was the introduction of a third chronograph register on the dial – an hour indicator. The previous two series were effectively forty five minute stop watches – but the new watches could measure much longer periods of time. 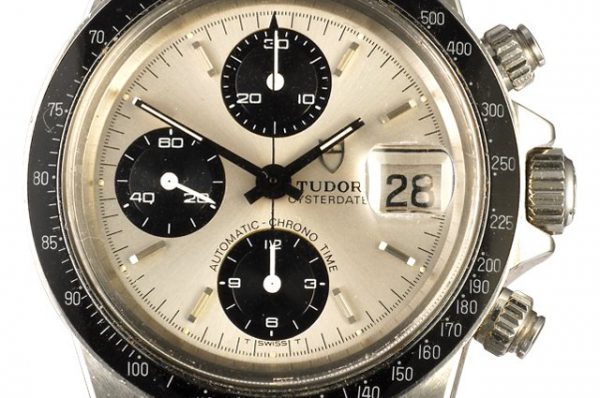 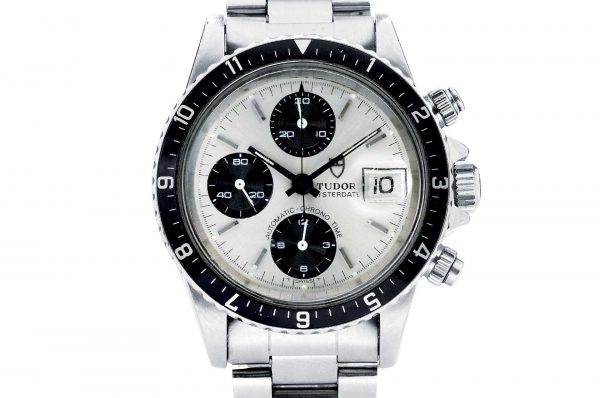 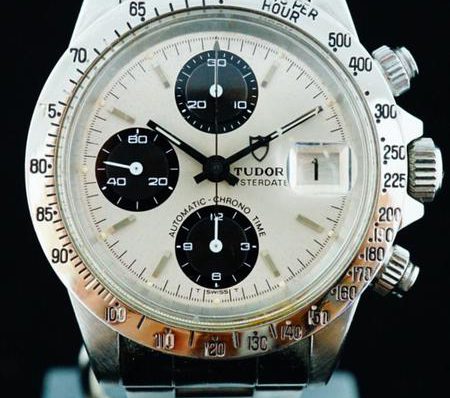 The first Big Block watches were the 9400 series, which ran until approximately the late 1980s. There were three different references that were solely distinguished by three different bezel variations:

All vintage Tudor chronographs featured a date and Oysterdate appeared on all the dials going back to the Homeplate watches in 1970. The third series chronos were also Oysterdates, but very early dials had the words ‘Chrono Time’ or ‘Automatic Chrono Time’ in an arc over the bottom chrono register. 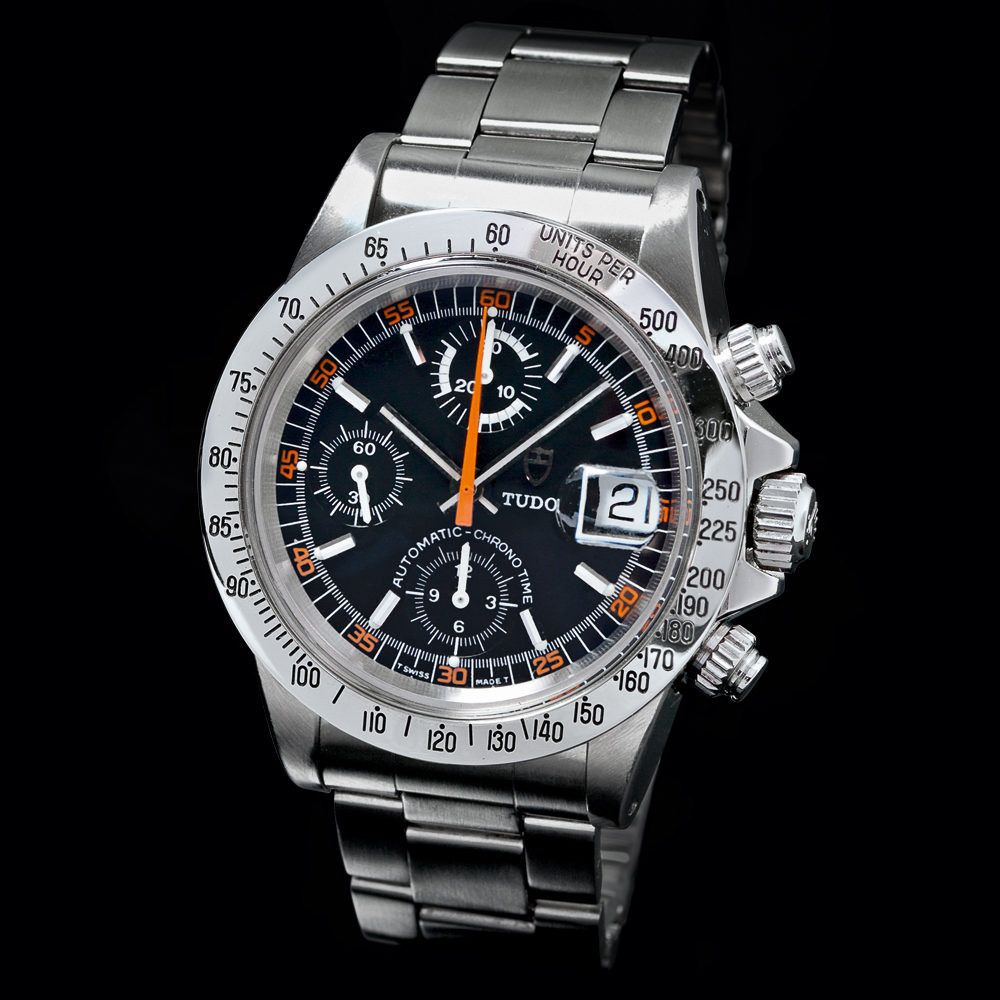 Tudor continued to produce exotic dials that picked up where the earlier series dials had left off. Collectors also refer to these dials as Monte Carlos or more correctly Big Block Monte Carlos. There were two variations of Big Block Monte Carlo dials, a version with painted hour markers that were very reminiscent of the 7100 series watches and a version with applied metal hour markers. The dials with painted hour markers were available in two colourways – grey/black/orange and grey/blue/orange. Both dial colours were available in all three references. The black version was always teamed with a black tachymeter or 12-hour scale bezel and the blue dials with blue tachymeter bezels. These watches are now very rare and are sought after by collectors, especially the blue 9420. The dials with applied metal hour markers were only produced in black, which featured white sub dials and orange numbers on the outer minute track. This dial was only featured in two references – the 9420 watch (with a black plastic tachymeter bezel) and the 9430 (with stainless steel tachymeter bezel). 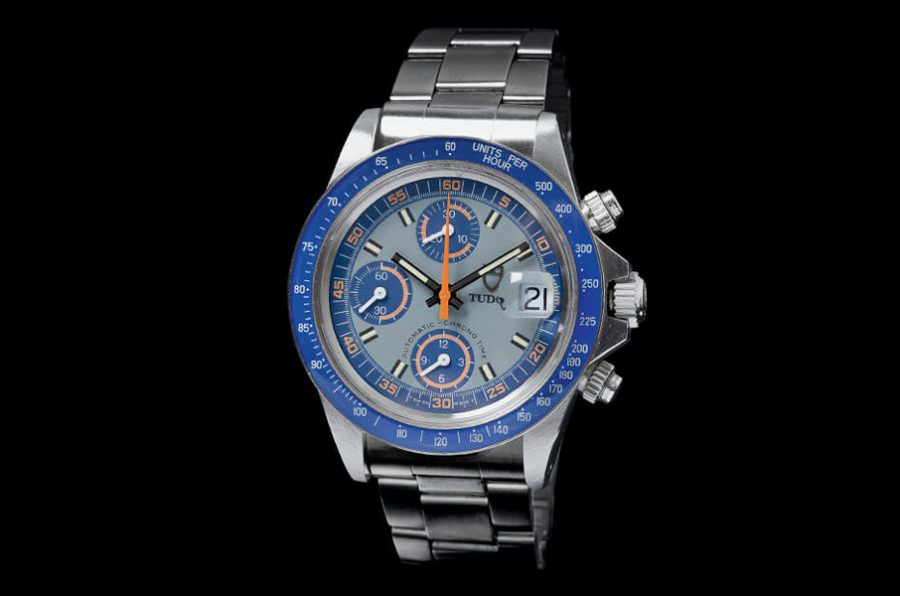 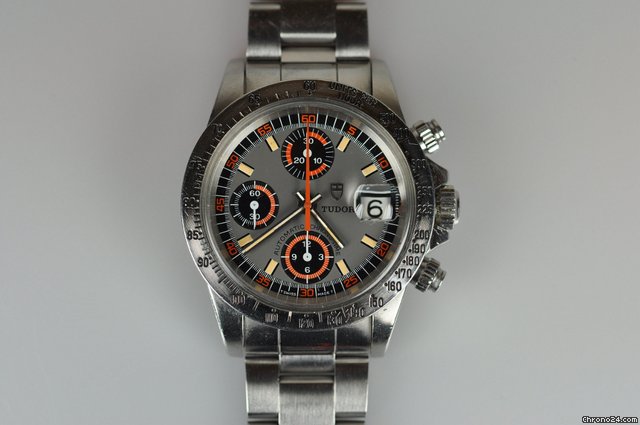 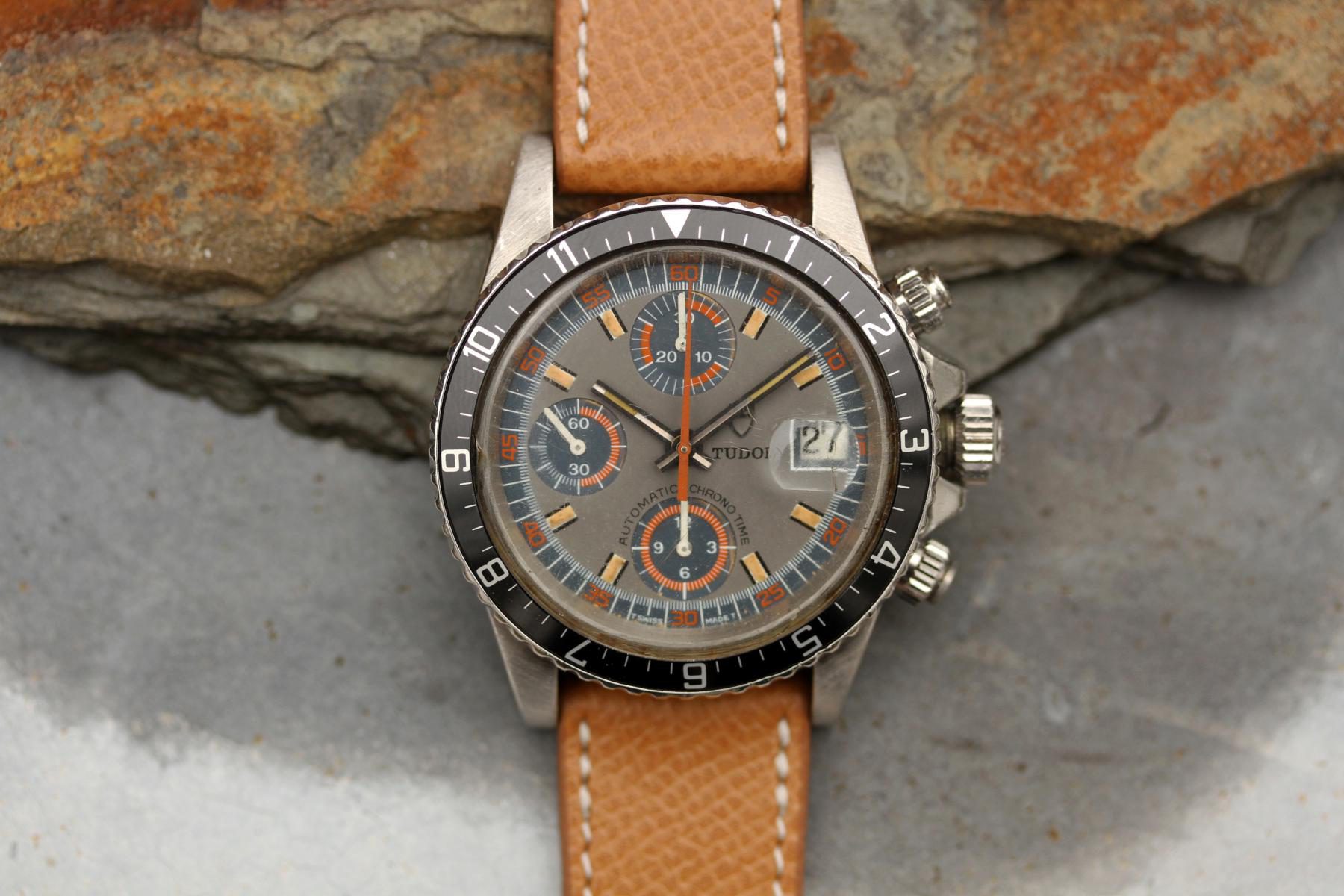