The 7928 was the first Tudor Sub to feature crown guards...

In broad overview there are two reference groups. The 7928 and the 7928/0. The /0 was added to many Tudor references in the mid 60′s to denote stainless steel – in a similar fashion as Rolex did with their models. Within the two main groups, a large amount of variations exist.

The Tudor 7928 was powered by the Cal 390, which was first seen in early Tudor automatics, most famously the 34mm Tudor Oysters, from the early 1950s. It was a modified movement (a Tudor trademark until recent years) by Flurier and had a frequency of 18,000 beat per hour. 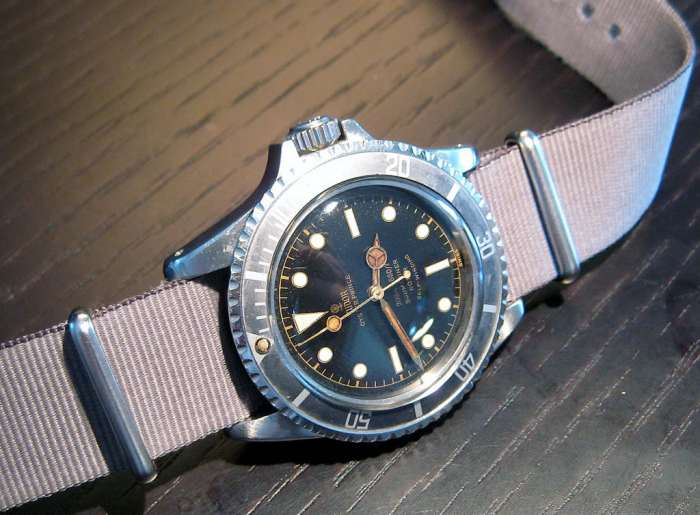 It is quite complex to chart all the dial variations of the 7928. First of all, these watches due to their lower price point and extensive military use and so may have had questionable service histories. This means that dials may have been changed back and forth and been redone, relumed or repainted. In this section we will do our best to describe the known varieties.
The early 7928′s feature the “chapter dial” where a inner ring is printed on the dial a few milimeters from the edge.

The upper half of the dial features the classic small Tudor Rose. Underneath the text ” Oyster-Prince “. The bottom portion differs a bit from model to model – but typically they feature the ” 200m = 660ft ” (denoting depth rating of course), then ” SUBMARINER ” and the two last lines ” Rotor ” and ” Self-winding ” – which of course denoted the automatic movement.

The so-called ‘Exclamation Dot’ dials were made as the use of radium was being phased out in the watchmaking industry. To signify that the dials had safe levels radiation in the luminous, Rolex and Tudor devised  system – a code of sorts. In around 1962 small dots were applied the edge of the dial, directly below the 6 0’clock marker, hence the nickname exclamation mark. These watches typically features a much less radioactive mix of luminous material.

I have written in some detail at these dials here at the Bulang and Sons magazine. Go and have a read to find out more. 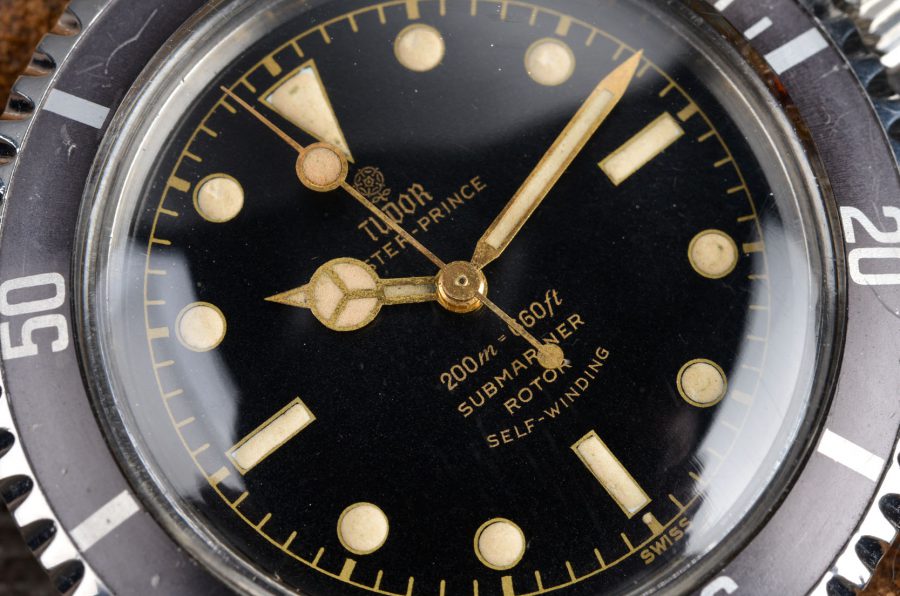 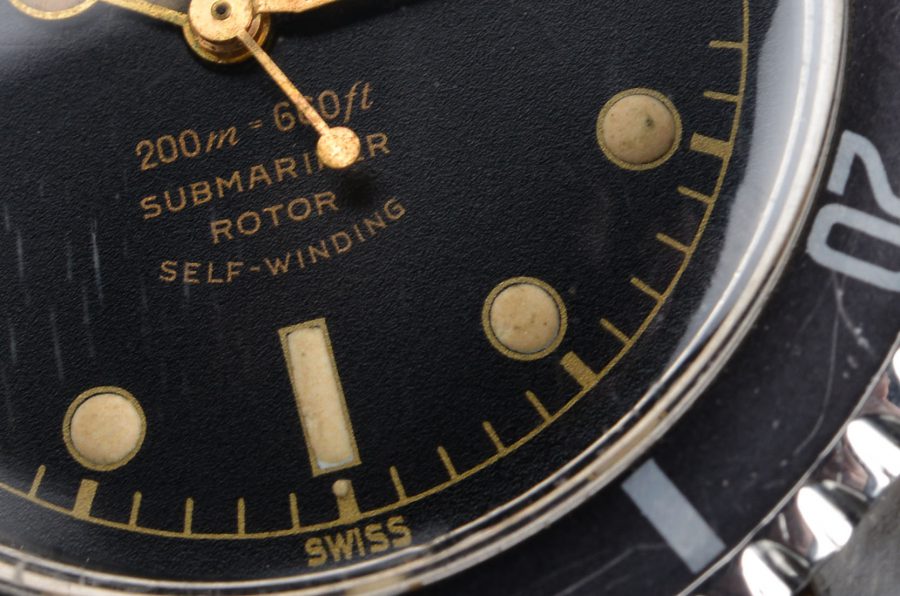 A close up of the dot. Check out the detail of the dial too - stunning! (click to zoom)

Shortly following the ‘Exclamation Dot’ dials, Tudor introduced the ‘Underline dial’. This small horizontal line was added to dials, which signified an even lower radiation level than the ‘Exclamtion Dot’ dials and are known as the ‘underline’ dials. These were seen on Tudor 7928s in around 1963.

Again, I’ve written about this era for Tudor and Rolex here at Bulang and Sons. 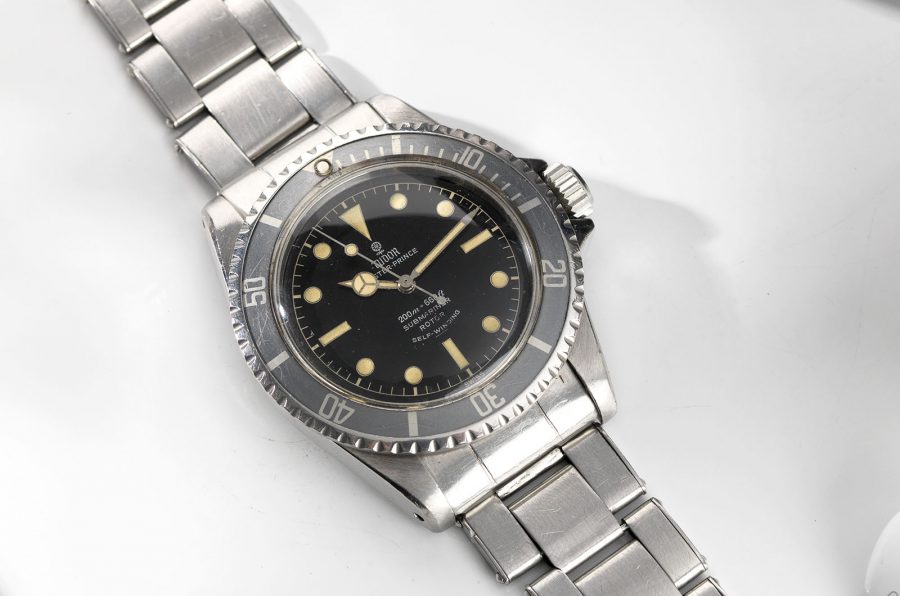 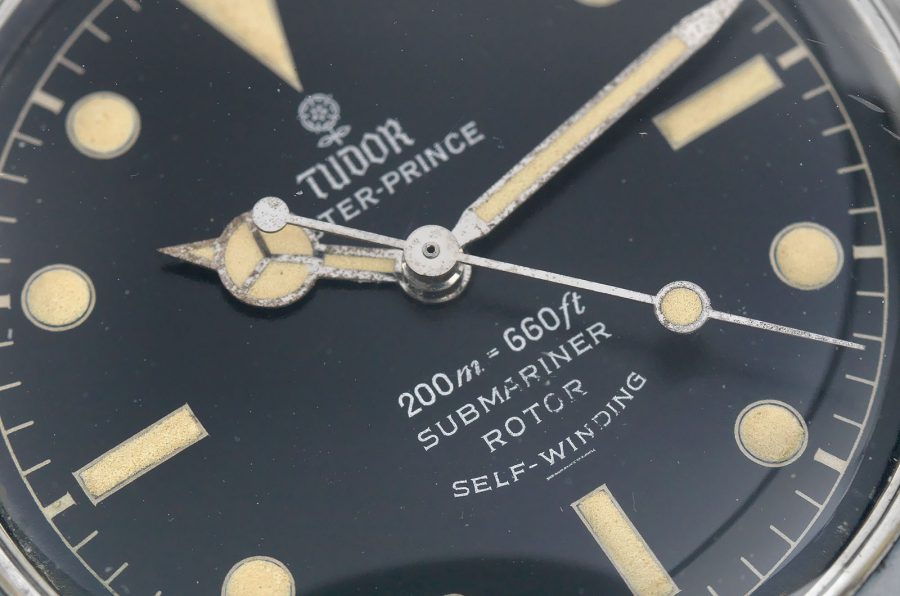 Close up of the 'Underline' dial. Note the move to silver text but with gilt closed minte track (click to zoom)

At least 4 case variations have been seen: 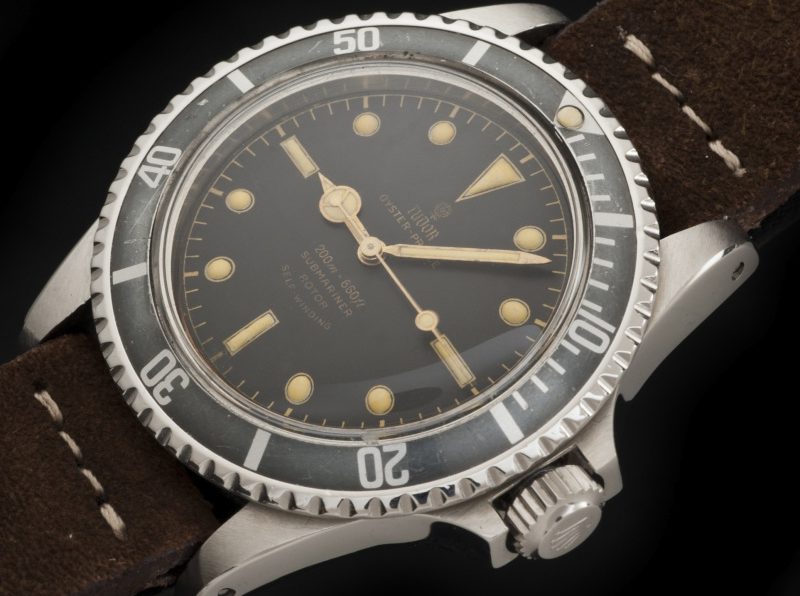 The Mk1 case with 'Square' crown guards (click to zoom) 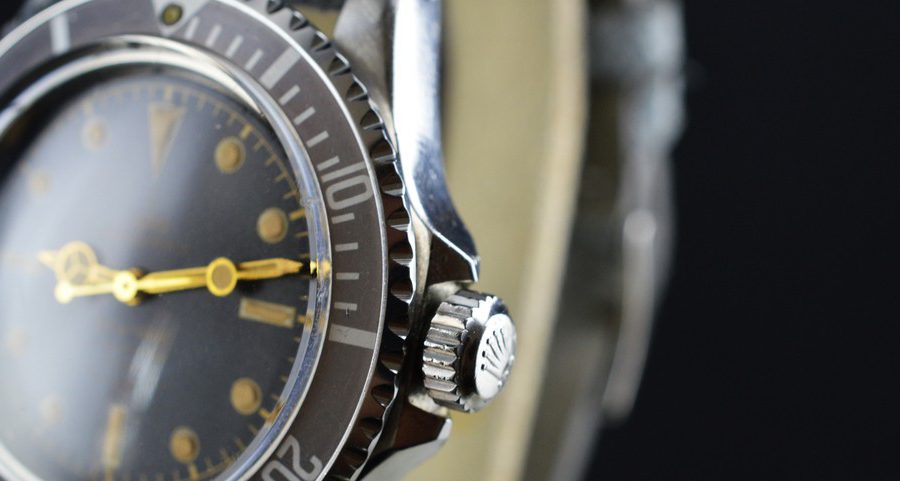 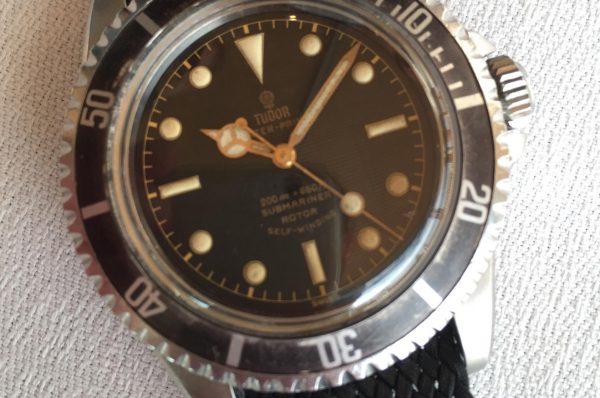 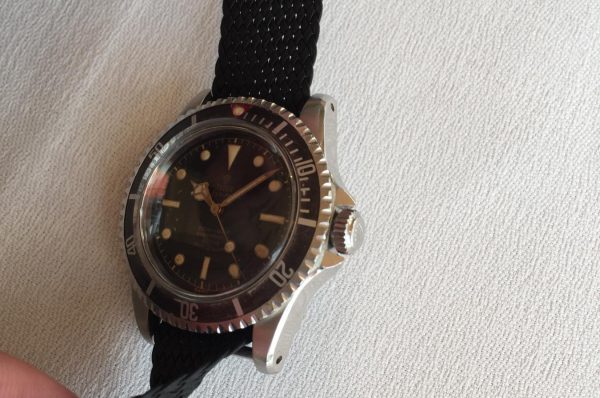 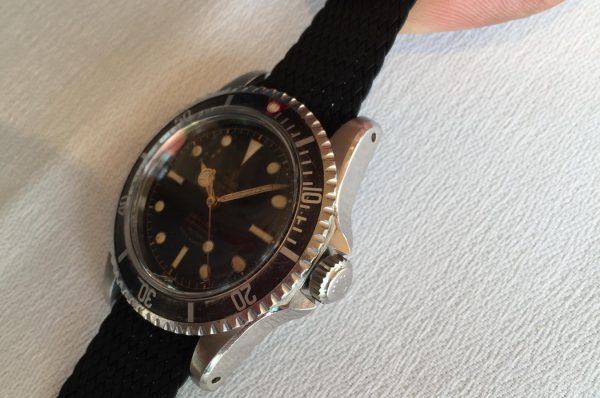 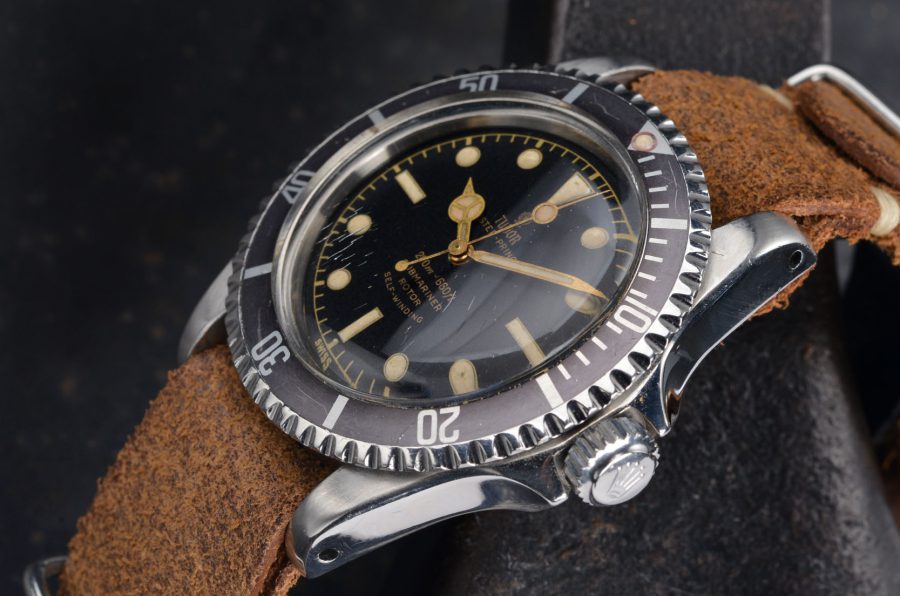 The 'Pointed Crown Guards' on the Mk3 case (click to zoom) 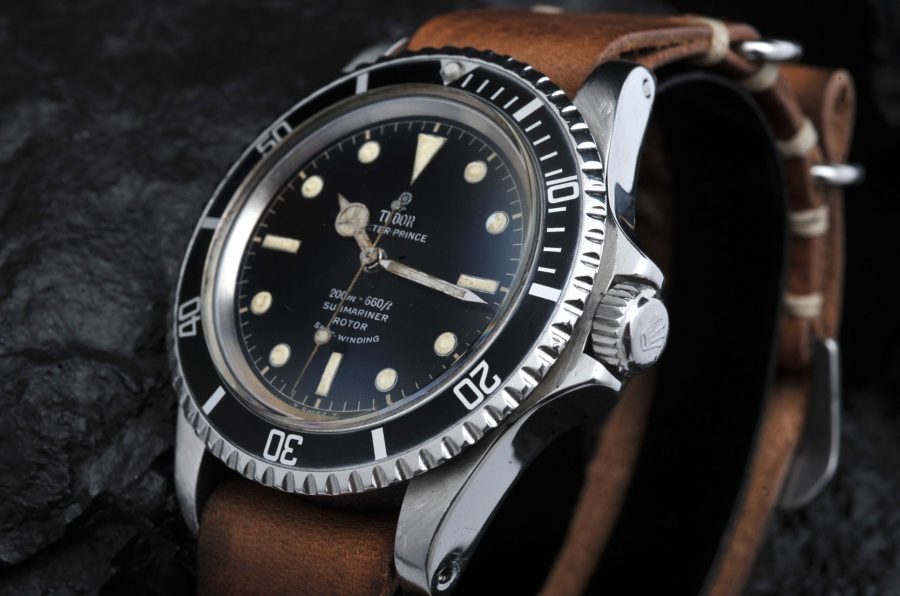 The crystal for these cases are all Tropic 19. This is shared with (amongst others) the Rolex 5512 and 5513 Submariners. Case and look wise – these are the ones closest to the Tudor Reference 7928.