Of all the watches from the Rolex Tudor stable, none is as controversial as the Tudor Ranger...

Tudor retained the name Submariner on their watches, right through until the introduction of the Hydronaut. Interestingly, they did not use the Explorer moniker on their 3-6-9 dialled watches; instead opting for the name Ranger. What follows is by no means a definitive study on these watches, but merely my own observations based on watches that I’ve seen over the years and a couple of mistakes made in my early collecting!

What we can be sure of though, is that there were two versions available. A manual wind non-date and an auto with date function. As per basic Tudor protocol the auto version bears the name ‘PRINCE’, which is Tudor’s equivalent of Rolex’s ‘PERPETUAL’, and ‘OYSTERDATE’.  The manual wind non-date version just bears the label ‘OYSTER’. 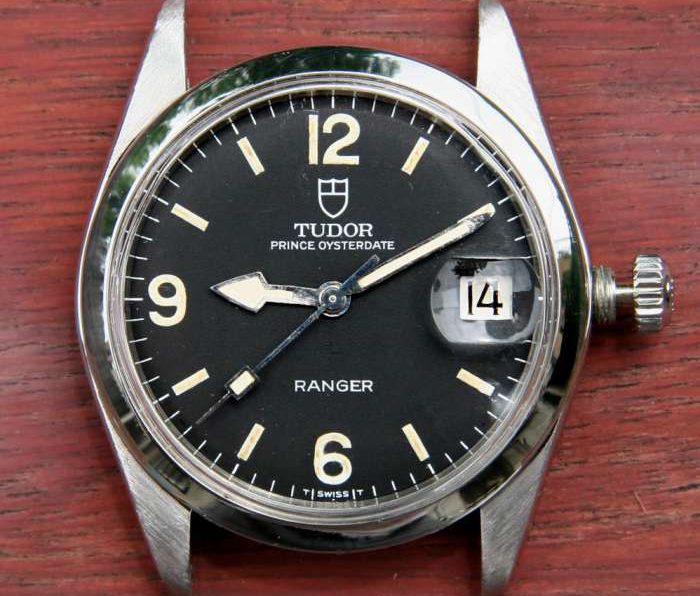 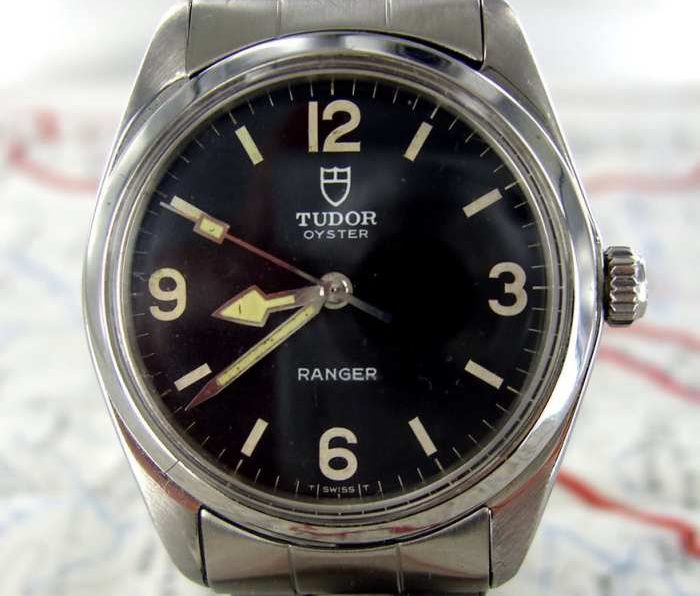 The root of the issues with these watches is the fact that, unlike virtually all other Rolex and Tudor watches, the Ranger didn’t originally have it’s own allocated reference number; so we can legitimately see some Tudor Oyster models as either dress watches or Rangers depending on how they were put together in Geneva by Rolex! By way of example, a generally accepted Ranger ref is 9050 yet there are many 9050s in existence as standard Prince Oysterdates! The same is true of the reference 7966, another generally accepted Ranger model yet also widely available as a bog-standard Prince Oysterdate.
It wasn’t until the introduction of the ref 90330 and 90220 (non-date models) in the 1980s that the Ranger got its own specific model reference.

There seem to be accepted examples of Rangers in the following references:

So how can you tell if what you have is an original Tudor Ranger? Well, the first give away is if the font of the word Ranger is in red. This is a debate that has lasted for any years and I have no doubt will continue for many years to come. There are anecdotal stories of Rolex Authorised Dealers claiming they sold them many years ago and one or two prominent dealer/collectors are adamant that they’ve seen an honest example from an original owner. Whilst it is impossible to rule this out,  I believe it is safe to say that they do not exist. Why did anybody ever create these dials, my best bet is that it was to ‘cash in’ on the Red Sub (Rolex Submariner ref 1680 where the text SUBMARINER is in a red font) phenomenon and make them a little more desirable. I remember a few years ago that at any one time there were thirty or so listed on eBay. Here in the UK there was a seller selling them under a number of different eBay user accounts…….and yes, I fell victim to them and bought one. I was lucky and got a refund after posting pics on the VRF, but others have been less fortunate.

There are a few things that I look for when inspecting a Ranger. The first is the font printing and dial texture. The Ranger’s dial texture and font, when examined under a loupe, are very very similar to that of the Rolex sports models of the time (1970’s). The difficulty with this is that firstly the prospective purchaser has to have some experience of examining 70’s Rolex sports watches (Submariners, GMT Masters etc) and secondly if buying the watch online it is very difficult to tell from photographs. 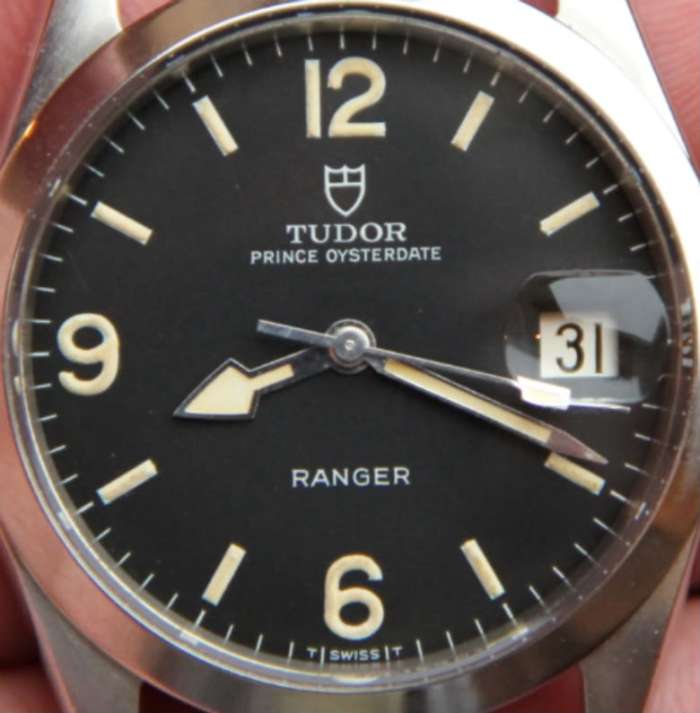 On the OYSTERDATE models there should not be a gap between the words OYSTER and DATE. Compare the above picture of a correct example to the one below. ‘Mind the gap'! 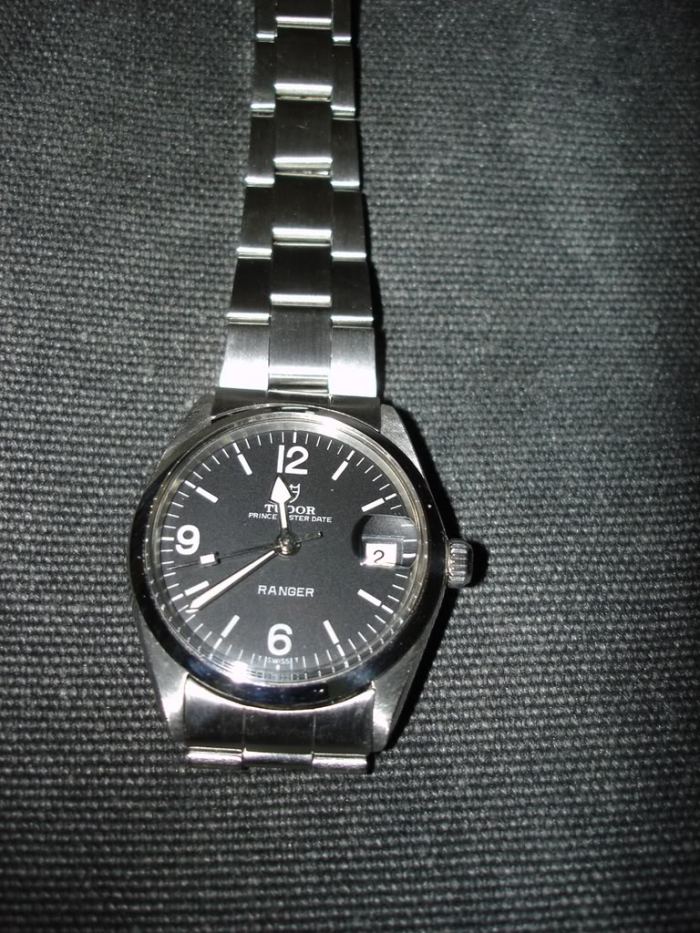