First seen around 1969 the 7016 features a long list of changes compared to the Reference 7928.  The 7928 featured the cal. 390 automatic movement, a modified calibre from Fleurier (FEF) but the 7016 was the Submariner where Tudor adopted the ETA movement.   During the 60’s almost all Tudor models disbanded the various movement manufacturers and went over to ETA. Technically the 7016 features a ETA Cal. 2483. It’s a 25 jewel movement (as opposed to the 17j cal. 390 in the older Reference 7928). In the Tudor / Rolex technical service manuals it is designated as 2461-2483. In the past this covers an internal and an external reference number.

The very first 7016 featured the same dial layout as the 7928 – a Rose dial with the 4 lines on the bottom half of the dial. Most of these watches feature a semi-pointed crown guard case and were not produced for very long. We refer to these cases as the Mk1. 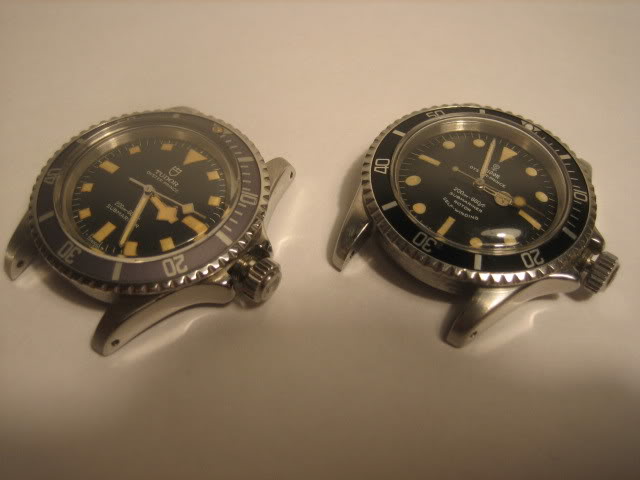 On the right, an example of the semi-pointed crown guards and 7928-style dial (Mk1 Case). On the left, the rounded guards and "snowflake" layout (Mk2 Case). Photo by JohnB 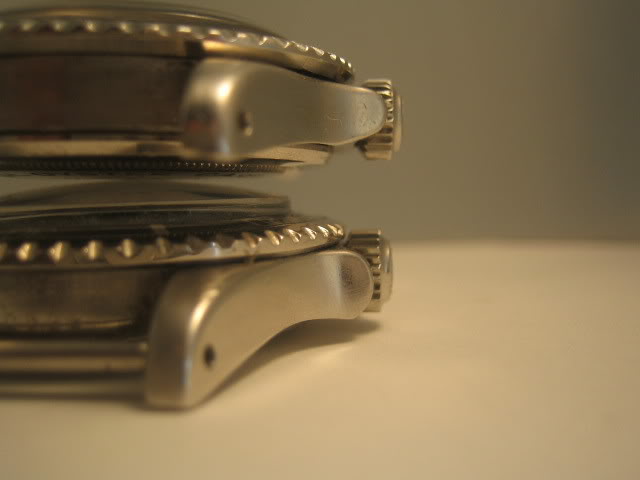 Subsequently the dial layout changed to the classic “Snowflake” design with square markers and square hands. We now know that this dial design was as a result of research and development with the Marine Nationale (MN). Their divers had been using the reference 7928 watches and requested a dial and hand layout that was more legible. You can read more about that here.

The 7016 was also the first time that Tudor offered a choice of dial and bezel colour; either blue or black.

However, as many collectors certainly have experienced, there was a issue with the early snowflake 7016 and 7021. The paint/laquer used on the dials decayed at a rapid rate. In general Tudor dials are often quite bad – usually due to water ingress or bad maintenance. (They were often not “babied” as their Rolex sisters). However the decay of the 7016 & 7021 dials could occur without any moisture ingress. The dial change often showed itself as bubbles under the surface, starting around the centre of the dial. It’s quite easy to see the difference between a ‘bubble dial’ and water ingress. The tritium markers themselves are often quite nice on bubble dials – as its only the lacquer that disintegrates. 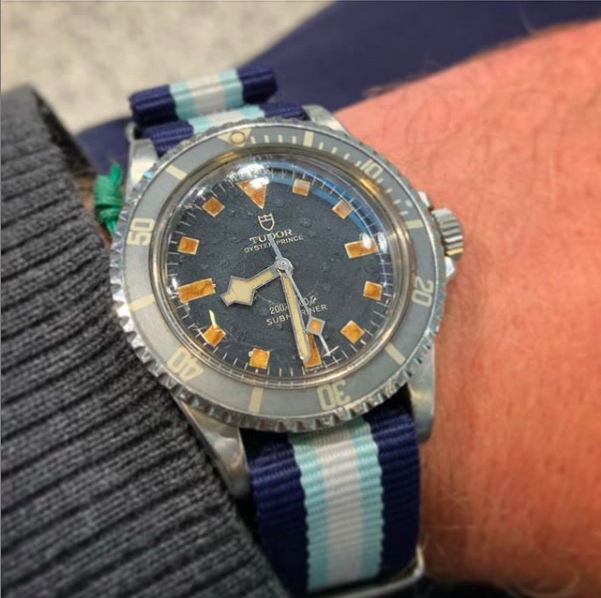 In the past, collectors have speculated that the black dial versions were “disbanded” and the blue color versions were introduced instead, as they had better dials. This is incorrect. I have seen 7016’s as early as mid 1968 with pale blue dials, with classic bubble dial and a nice roulette style date wheel. 100% original, 1 owner piece. So, more than likely, the black and blue dials co-existed – and were both prone to bubble.

It should be noted that in Rolex documentation the references are other denoted as 7016 or 7016/0.  The addition of the /0 was a common reference changed, started by Rolex and Tudor in the middle of the 60’s. However, there seems to be no system as to when the different references changed from the classic 4 digits to the 4+/0 digit system. The /0 of course describes the case material as stainless steel (as it does in Rolex models).

It should be noted, however, that Military issued  7016’s have been seen with serials up in the 820.000 range. Which is nearly a year later than 9401/11 introduction. I believe this was due to Tudor keeping some cases aside for special orders